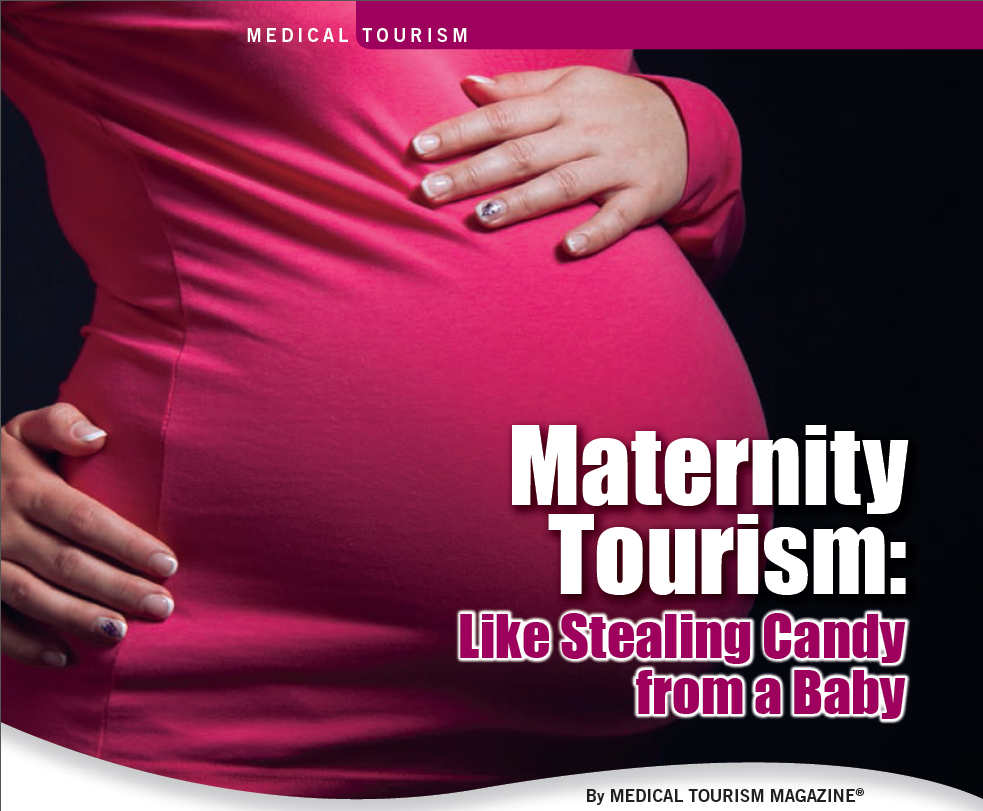 Giving birth in the United Kingdom is like stealing candy from a baby, according to a government report which found hundreds of pregnant foreigners flying to Britain to receive free care just days before delivery on the publically funded National Health Service.

At one airport, the government claimed immigration officials stopped more than 300 mothers-to-be during a two-year period. Most of the women had to be admitted and allowed to give birth on the NHS, the report found, because their pregnancies were too advanced for them to fly home.
‍

Airlines typically do not carry women more than 36 weeks pregnant. However, the women boarded flights in their home countries with forged doctors’ notes concealing the length of their pregnancies.
‍

Migrants who utilize A&E will be billed between £20 and £100 for a consultation, on top of the cost of treatment. Plans are for staff to have smartcard payment machines at the bedsides of patients.

The move is in response to concerns that the NHS has become an “international health service,” in which foreigners not entitled to care are instead racking up costs at £2 billion annually.
‍

Ministers have ruled out making overseas patients pay to see a general practitioner after physicians voiced fears about an imminent danger to public health. However, migrants will be charged for any follow-up procedures and prescriptions, as well as any care they receive in the hospital.
‍

“The maternity tourism dilemma has become so acute that hospital personnel have referred to the flow of West African women flying into London to give birth as the “Lagos Shuttle.”
‍

The “maternity tourism” dilemma has become so acute that hospital personnel have referred to the flow of West African women flying into London to give birth as the “Lagos Shuttle.”

The government says health tourism costs the NHS as much as £80 million a year — enough to pay for about 2,000 nurses – and furthers fuel the debate over the wider impact of immigration and the costs borne by the taxpayer.

Later this week, restrictions on Bulgarians and Romanians working in Britain will be lifted, amid concerns that tens of thousands could arrive and be entitled to benefits.
‍

A poll for The Telegraph shows that seven out of 10 Britons want to retain current restrictions — even if it means breaking European Union laws. Almost half favor changing EU law to limit the number of migrants who can move to Britain.
‍

The disclosures about “maternity tourists” emerged from a previous document, prepared in 2010, on plans to refuse entry to foreigners with unpaid NHS bills. The report found that during a two-year period, immigration officials at Gatwick Airport stopped more than 300 expectant foreigners found to be in an “advanced stage of pregnancy [and] who evidently intend[ed] to access NHS maternity services”. Gatwick has few flights from the countries producing the most health tourists, suggesting the total British figure is far higher.
‍

Another report, “Visitor and Migrant Use of the NHS in England: Observations from the Front Line,” quotes extensively from staff frustrated at what they see as visitors playing the system.

“Sometimes they will come back for their second or third baby,” an immigration officer said.

“Sometimes they will quite blatantly say, ‘I’m coming because the care is better.’ And once they are here, if they are assessed to a certain gestation, then we are stuck.”
‍

An NHS overseas visitor officer said, “People coming into hospital from overseas know the rules better than the hospital staff.” Another said, “They lie through their teeth.”
‍

The trust recovered £600,000 from health tourists in 2012 — only 30 percent of the amount billed — according to a recent report compiled by the local city council.

But, even this may be a substantial underestimate, the report says, because up to two-thirds of health tourists in the NHS are never identified or issued with bills.