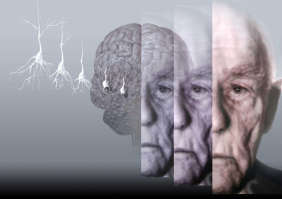 Researchers say the likelihood of developing Alzheimer's disease increases substantially over time so that half the population above the age of 85 suffer from problems of memory, thinking and behavior.

If dementia has become so severe that lapses are beginning to interfere with daily tasks, there's some good news to report that may be worth remembering.

A U.S.-based pharmaceutical company is claiming to have developed a medical device that can stop the progression of the debilitating disease. Though numerous treatments have been developed in the past to slow down Alzheimer's, none have yet stopped the build-up of disease-causing proteins.

Clinical scientists at Amylex Pharmaceuticals, Inc., believe they have come up with a solution that involves the principles of neuroscience and a device that reduces proteins in the brain and distinguishes itself from previous neuro-stimulants, inhibitors and vaccines.

The therapy, called Betaclear, is designed to eliminate the build-up of harmful beta-amyloid toxins before they can disrupt the connection and proper functioning of brain cells. Because the device's process of combating the disease is extracorporeal or takes place outside the body, Amylex claims that side effects are not likely, an improvement from previous treatments.
‍

What's more, Amylex plans to register Betaclear for clinical trials, first in the Philippines, giving the island nation a leg up on medical tourists desperate to find Alzheimer's treatments for themselves or a loved one.

Officials at Amylex said the decision to re-validate Betaclear in the Philippines came down to which country could develop the device cheaper and faster, possibly saving years and millions of dollars compared to processes from discovery to commercialization in the United States.

That doesn't mean governing authorities in the Philippines will be any more lax in approval protocols, at least from the theoretical end, which, at this point, may be of least concern to the nearly 36 million people around the world with Alzheimer's disease or other dementias. By 2050, that number can triple, according to a 2011 report by Alzheimer's Disease International.

A study by the University of Washington's Institute for Health Metrics and Evaluation (IHME) claims that Alzheimer's jumped to ninth among leading causes of premature death in the United States, up from 32 in 1990, making it the fastest growing health threat in the nation.

Betaclear is far from a drug, but rather a nanomachine. As a medical process, the device has been compared to dialysis, in which a patient's blood is coursed out and cleaned before returning to the body.

Beta amyloids are known to develop in the body and circulate through the blood stream before depositing in the brain. Accordingly, Betaclear attracts the beta amyloids out of a patient's blood by using a special molecule that can be likened to a magnet. To this end, the patient's blood goes through a chamber, from which nearby molecules in another compartment cleanse and separate the beta amyloids.