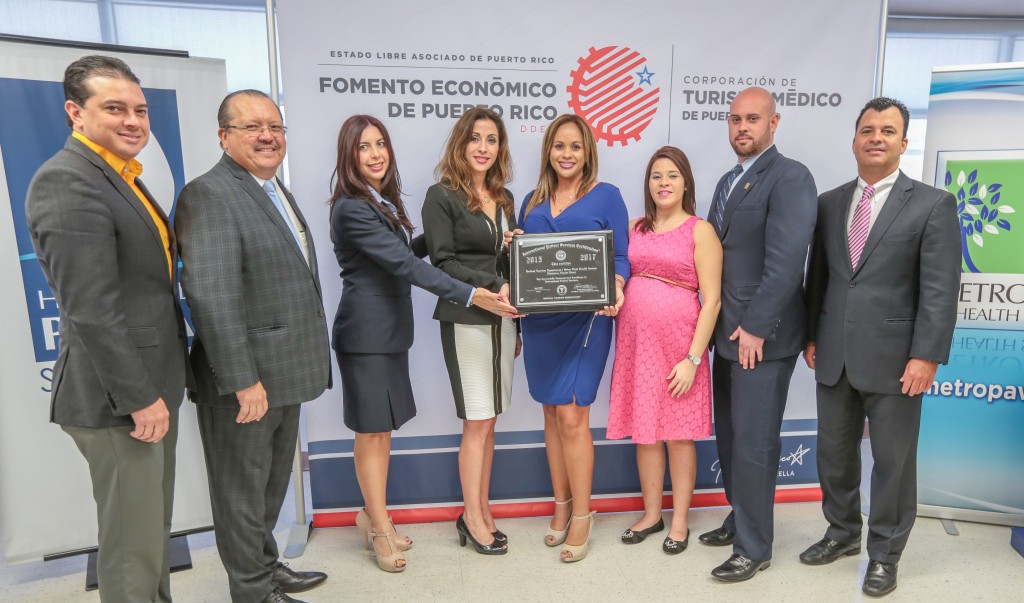 His heart was ticking. So, too, was his time. Pablo Concepcion had to find a hospital that would enable him to receive a desperately needed heart transplant. Anytime soon would do.
‍

The 58-year-old Miami resident didn’t want to wait any longer. He was a little worried that his deteriorating condition would not elevate him beyond the status of tens of patients like him waiting for the gift of life in the United States.
‍

So, Concepcion and his wife did what not many might do, but what government officials and healthcare interests in Puerto Rico hope many more may someday do: they boarded a plane from Florida to Puerto Rico and a hospital that would perform heart transplant surgery.
‍

Puerto Rico officials are banking on a steady flow of U.S. patients similar to the Miami truck driver caught in the cross hairs of the Affordable Care Act as well as other predisposed healthcare consumers from points in the Caribbean and beyond to sample a taste of San Juan.
‍

Healthcare accounts for 20 percent of Puerto Rico’s economy, so expectations are high. In the next years, backed by an aggressive government marketing campaign, Puerto Rico hopes to create some 3,000 jobs and inject $300 million into the island’s economy. The Puerto Rico Medical Tourism Corporation, an arm of the commonwealth’s tourism structure, is reaching out to not only patients, but the healthcare operatives that service them.
‍

HUMANA and Molina Healthcare, insurance companies that have a presence on both the mainland and on the island, are promising targets for Puerto Rico, in the short-term, to expand access to care for patients from the United States and then eventually to offer stable solutions to island inhabitants who are not required to follow most provisions — including the individual mandate — of the Affordable Care Act.
‍

Puerto Rico boasts one of the most competitive economies in Latin America, due, in large part, to a strong pharmaceuticals industry and the benefits of tax-free imports.
‍

The Puerto Rico Medical Tourism Corporation is promoting tax incentives and exemptions to attract investors and foreign insurance companies to the island.
‍

Under Act 399 — dubbed the International Insurers and Reinsurers Act of Puerto Rico — those that set up operations on the island and underwrite large policies for clients offshore are exempt from corporate levies up to 4 percent; 100 percent of tax dividends paid and distributions; and property and premium tariffs.
‍

More than a few have embraced this strategy including Alberto Baco, Puerto Rico’s Secretary of Economic Development and Commerce, who understands support for medical infrastructure and professional growth are another step toward keeping pace with the competition for entrepreneurial dollars and international patients. Hospital administrators, doctors and clinical staff took his cue earlier this year when they completed medical tourism certification training and processes.
‍

Metro Pavia Health System, HIMA Heath and Ashford Presbyterian Community Hospital were among the providers that participated in the first round of Medical Tourism Association® training that, when completed, would certify hospitals and ancillary healthcare providers to offer services to foreign patients.

Hotels — including Courtyard San Juan Miramar and the Condado Plaza Hilton — and supporting industry professionals concluded related training that will help to improve hospitality and travel operations and the management of accommodations for medical tourism patients and their companions.
‍

Medical Tourism Certification is by no means a small accomplishment, considering these forward- thinking service outfits were the first on the island to achieve such a distinction. Francisco G. Bonet couldn’t agree more. The Executive Director for the Puerto Rico Medical Tourism Corporation claims training validates providers can not only provide quality care for international patients, but also have the all-important industry knowledge to build valuable relationships with insurance carriers and vendors that indirectly purchase health services.
‍

The Cardiovascular Center of Puerto Rico and the Caribbean, where Pablo Concepcion received his new heart in San Juan, stood out from other healthcare providers in the United States to his wife, Carmen, who had looked long and hard for treatments without delays.
‍

Carmen Concepcion knew very little about the clinic’s doctors and staff; certainly nothing about the Cardiovascular Center’s recent medical tourism certification. She knew only that she and her husband could not afford to wait for a heart transplant; that Pablo could barely walk much past his recliner without bending over out of breath; that the cost of surgery offered at the hospital in San Juan – far less than it would have been in the United States – would have to be acceptable even though their carrier would not extend coverage to Puerto Rico.
‍

It all didn’t matter, she insisted, as she watched Pablo Concepcion walk easily to the front door of their home where he greeted well-wishers upon their return to Miami. She is happy and grateful to know what she sees now.