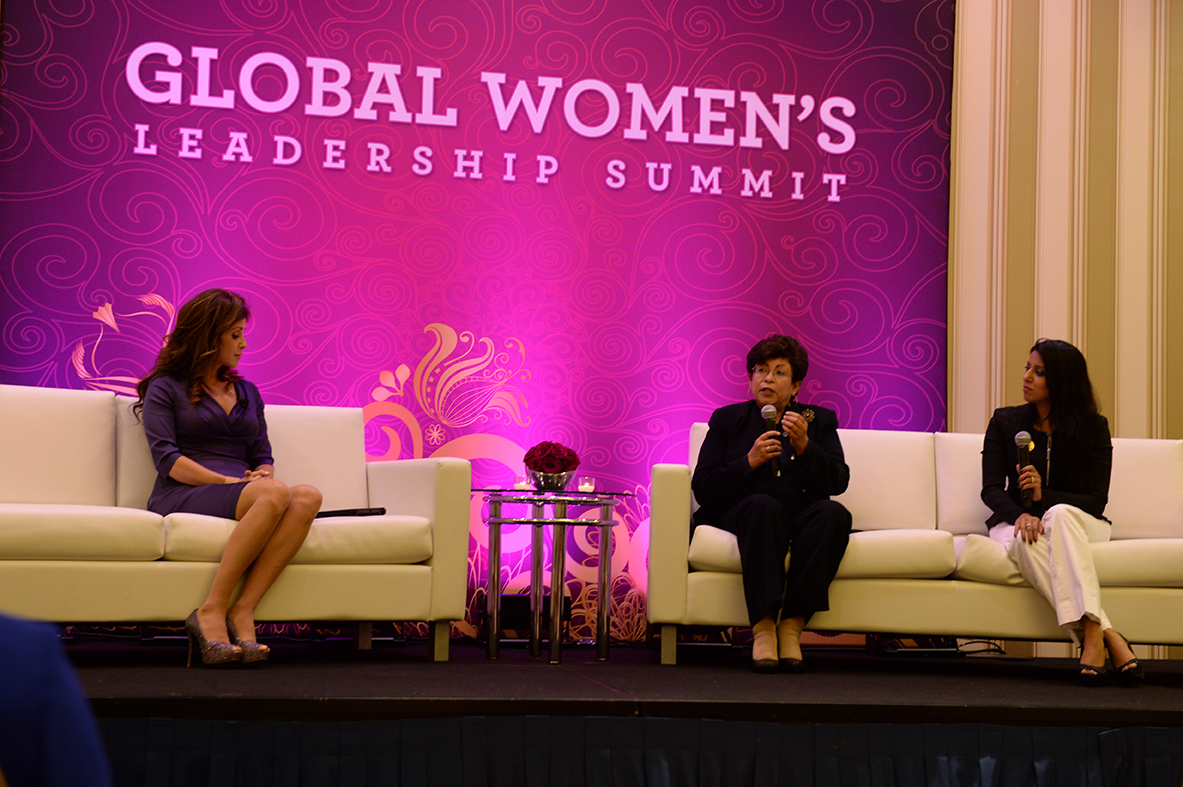 Sometimes it's in the doctor's office, waiting to see if the tumor that scared her three years earlier would resurface to haunt her again. It's when 16-year-old Annie Ford looks past astroblastoma, a rare form of brain cancer, and to her wrist and the little bracelet she wears with the words invincible and fearless inscribed as a reminder that what doesn't kill her, will make her stronger.
‍

Adriana Botti provided both the warm fuzzies and jewelry through the Little Words Project, a company she launched four years ago to inspire women like Annie Ford one affirmation of goodwill at a time. The messages are as simple as the company's mission.
‍

One is to wear her Little Word for as long as the bracelet provides her the comfort she needs, and then when the opportunity arises, she is to pass her Little Word on to someone who needs it more than she does, said Botti, a keynote speaker at the 2nd Global Women's Leadership Summit, which opened the World Medical Tourism & Global Healthcare Congress, Sept. 20-24, 2014, at the Gaylord National Resort and Convention Center, in Washington, D.C.
‍

Each bracelet features a gold-dipped tag with a Little Words logo and a number inscribed into the wrist accessory. Women can register their bracelet to track its movement one inspiration and wrist to another.
‍

Botti knows firsthand just how tough a Girls World can be. After all, mean girls bullied her as a college student. Women were also the inspiration that got her into the business of bringing one another up, rather than putting another one down.
‍

When the name-calling ugly and brown-faced from student peers got to be too much, Botti concocted her first batch of bracelets to circulate love among her sisters in the Delta Zeta sorority.
‍

It was girls fighting against other girls, and that just shouldn't happen said Botti. Perhaps, if they had known my story, taken a second to hear my story, then the penchant for cruelty would have been diminished.
‍

Instead of dwelling on the negative, Botti and her sorority sisters transferred their collective energies into productivity and kindness. A few little words proved to be something special, not only morphing into an iconic symbol of sisterhood, but a movement that has grown to feature a different bracelet for philanthropy efforts around the world.
‍

Botti, who credits social media marketing for her company's quick development, told a group of some 100 women at the medical tourism conference for healthcare leaders including Farzanna Haffizulla, M.D., F.A.C.P., president of the American Medical Women's Association; and Elena V. Rios, M.D., M.S.P.H., president and CEO of the National Hispanic Medical Association that a portion of all sales from featured bracelets are donated to a charity of-the-month.
‍

Words are powerful, said Botti. They can cut you down or raise you up. When used for good, they can do so much for this world.