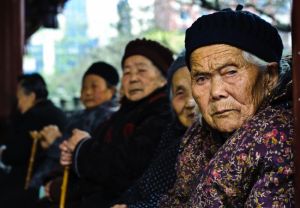 Years removed from when the early stages of memory loss forced him to retire from private business, Lee Ferrero likes to wander, just like more than half of the 5 million patients who also suffer from Alzheimer's disease do.
‍

As the Air Force veteran's disease progresses and only gets worse, researchers are working diligently to ensure that his home and that of other seniors prone to the consequences of forgetting will not only remain their castles, but might someday be their caretakers.

Healthcare is coming home. The great hope is that automated residences dubbed smart homes will become wiser than ever imagined.
‍

This is one of the most-if not the most-rapidly growing segments of medical technology, says William Herman, director of the physical-sciences division of the U.S. Food and Drug Administration's Center for Devices and Radiological Health. It's driven by an aging baby boomer population, pressures to control health spending and the availability of new technology to implement decentralized care.
‍

Motion sensors have the capacity to monitor movements about the house, detecting imbalance or extended stillness that could signal a fall or medical emergency prior to alerting caregivers of potential distress. Smart homes might also catch disruptions in routines and send a gentle reminder to an Alzheimer's patient to turn off the stove before walking away.
‍

Some pharma and biotech companies as well as medical-device manufacturers have already begun to transform the healthcare sector by designing systems that will lay the foundation for smart homes.

Other tech entrepreneurs — many of whom converging for a series of talks and educational forums at the 7th World Medical Tourism & Global Healthcare Congress will determine how to bring the new mobile health technologies to commercial market.
‍

Medical Silk Road, an mHealth conference organized through a partnership between the Medical Tourism Association and the Borderless Healthcare Group, Sept. 20-24, 2014, at the Gaylord National Resort and Convention Center, is introducing the latest healthcare technologies including mHealth apps, smart home automation, and healthcare games among others during a series of talks, networking and recommendation sessions with stakeholders from government, healthcare, media, telecommunications, and software development. For the complete mHealth and medical tourism agenda, go to: http://www.medicaltourismcongress.com/medical-tourism-mhe…
‍

The market for remote patient monitoring, driven by countries form the United States to France — struggling to cope with rapidly aging populations, is expected to grow to $21.2 billion by 2017. In China, there are more people living with Alzheimer's than any other country in the world and twice as many cases of the disease and other kinds of dementia as the World Health Organization had earlier believed.
‍

For that reason alone, not to mention that nearly 400 million Chinese will be of age 60 or above, the market for patient monitoring devices is forecasted to grow to $714 million by 2019. Making matters worse, partly because of the one-child policy, not only is life expectancy increasing in China, but there will be fewer working-age people to care for this aging population.
‍

Caring for most dementia sufferers in China is left to family members with no or limited training or support from the state and at considerable physical, psychological and financial costs to the care givers, said Kit Yee Chan, an authority on Alzheimer's and dementia in China.
‍

In Asia, a market famous for innovative and trend-setting technologies that often take years to find their way to the West, the mHealth market is expected to reach $7 billion by 2017. China is the largest consumer of mobile phones in the world.
‍

Since the start of last year, more than $750 million in venture capital has been invested in companies that can do everything from transform a smartphone into a blood pressure gauge or photograph medical-quality images of the inner ear.
‍

Devices that enable people to monitor and manage health are catching on, said Renée-Marie Stephano, President of the Medical Tourism Association. As more of these technologies find their place in the hands of both consumers and providers to facilitate long-distance relationships and accelerate medical tourism opportunities, vendors will be challenged to offer solutions that are not only sensitive to price and security, but the time required to gain acceptance as well.
‍

That doesn't mean all seniors in Asia will become immediate followers of social media. In fact, at least one elderly Chinese mother doesn't Like Facebook at all, leading her son, Joe Wong Chi-yin, to think about another technology link to bridge the generational divide. Making the most of a mobile application, Wong developed a custom-made television channel that enabled him to exchange photos and videos and any other content with his mother any time, from anywhere.
‍

“It is similar to uploading photos onto social media platforms, the only difference being the shared content appears on a TV screen,” said Wong.
‍

To do this, Wong created a special set-top box to connect to the television. Parents need only to switch on the TV and select the channel. Wong says his genius will be launched onto the market by the end of this year.
‍