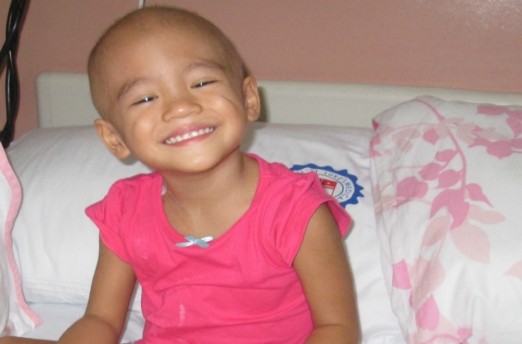 There was a time when little Georgia couldn't see past Owie her expression for pain — let alone the holidays. Tumors had taken over her spine and pelvis when the 3-year-old traveled 1,600 miles from her home in the Philippines for medical tourism cancer treatments in South Korea, wishing only that Santa would bring her a cure.
‍

She's made remarkable progress, said Georgia's dad, Nick Halliwell-Pagel, who is ecstatic to report that two years following proton therapy at the National Cancer Center in Seoul, his daughter is hoping Santa Claus will this year deliver a Barbie doll with wings, more akin to girls her age than advanced radiation treatments had been.
‍

Renown as a mecca for plastic surgery, Korean authorities are hoping cancer patients like Georgia Halliwell-Pagel and more diversified services rising from the growing demands of both foreign patients and a rapidly aging population at home will change the face of healthcare and medical tourism in South Korea.
‍

In the meantime, the Korea Tourism Organization, a member of the Medical Tourism Association, has raised a few eyebrows, predicting the number of health travelers to Korea will reach 998,000 by 2020. Those lofty ambitions extend far beyond plastic surgery, which contrary to popular belief, accounted for only 8.6 percent or 24,075 of the medical tourism patients who traveled to Korea last year.
‍

Both KTO and KHIDI, along with Korean hospitals, are doing their part by promoting treatments for cancer, cardiac and vascular disease, spinal disc injuries and organ transplantation at special international health centers that rival services offered in some of the world's wealthiest countries, but at a fraction of the cost.
‍

Cancer diagnoses and treatments have gotten so complex that choosing a course of recovery can be problematic, said Renée-Marie Stephano, President of the Medical Tourism Association. Fortunately, as international headlines debate their safe and cost-effective uses — advanced forms of radiation are becoming more accessible options to patients who are fighting cancer — in the brain or the prostate, in pediatrics — where side effects can be particularly troublesome and dangerous.
‍

Doug Atherly learned the hard way, but he is grateful for the experience. Diagnosed with prostate cancer, the 63-year-old American from San Francisco embraced a larger and more agonizing problem: where to find treatments.
‍

I wanted to get therapy at home, but it was too expensive and I had to wait a long time for it, said Atherly, who claims he was cured of cancer nine months after traveling to Korea along with his family for proton therapy.
‍

Faced with increasing health insurance premiums, high deductibles and deep out-of-pocket costs in the United States, Americans don't mind the thought of traveling to South Korea for medical procedures and treatments. According to the 2014 Medical Tourism Index, an arm of the International Healthcare Research Center, Americans ranked South Korea 23rd among the world's top destination's for medical travel.
‍

Korea Tourism Organization and the Korea Health Development Industry have partnered with the Medical Tourism Association to capitalize on the ranking and make searching for services somewhat easier for consumers by promoting a website portal — dubbed “Korea4Health” — where foreigners contemplating medical tourism can find fast and accurate information about local hospitals, procedures, government contacts, travel-related connections and real-time counseling.
‍

Affiliated interests in Korea are angling for their own piece of the action. At Incheon International Airport, a special information desk has been created to cater to the specific needs of medical tourism patients. For its part to further encourage medical tourism to Korea, the government has announced plans to set up a help center to provide legal support to patients unhappy with their treatments as wells as relaxed visa requirements for foreigners seeking health services.
‍

A visa-free agreement has attracted 20,000 Russian medical tourism patients to Korea in the past year. And that number is growing, leading hospitals in Korea to scramble for translators to accommodate inbound Russians, like Vladmir, a 59-year-old university professor from Eastern Europe who was diagnosed with prostate cancer. Vladimir received 34 rounds of radiotherapy at Korea University Anam Hospital before returning to Russia, where he was able to resume teaching without the frequent need to urinate that would all too often disrupt his lectures.
‍

There are reasons why people around the world keep visiting Korea for medical services, said Moon Hyung-pyo, Korea's health and welfare minister, in an interview with the Korea Times. It will become like our televisions that are dominating the global market. They know Korea offers better services at cheaper costs.
‍

That doesn't mean Korea has abandoned its appeal toward the cosmetic surgery market. KTO regularly organizes plastic surgery expos in Beijing and Shanghai, where K-Pop singers and dancers perform and women learn how to do their makeup like Korean Wave stars. Meanwhile, groups of doctors offer advice to prospective medical tourism patients and travel agencies offer tour
packages that combine several days of sightseeing in Korea with longer periods of plastic surgery.
‍

Jessica Choi, a 33-year-old property manager with Korean features, chose to board a plane in Los Angeles and travel some 6,000 miles to Seoul for a cosmetic makeover that included the reshaping her forehead, nose and chin, extending her eyes, and lip injections. After some initial discomfort and regrets, Choi had a new outlook on life.
‍

I feel softer; I feel more feminine, Choi told ABC News. I have more confidence. I really believed that death would have been better during those first few days of recovery, but it was well worth it.
‍

The government hopes foreign hospital groups will feel the same way and invest in the medical tourism brand within special economic zones, like the one set up on Jeju, a South Korea island destination just a short one-hour flight from Seoul and not much longer from Beijing, Malaysia, Tokyo or all things considered — Manila, where Georgia Halliwell-Pagel awaits a second Christmas, one year removed from her final p53 cancer therapy injection. Her parents, say they are incredibly relieved to see their little girl finally enjoying life.
‍

When I think back, when Georgia was sleeping for 10 minutes at a time, said Georgia's father, Nick, who recalled those days in April of 2012 and the surrounding 18 months of her daughter's illness that prevented her from being a little girl. She was
screaming in pain. She couldn't eat. She couldn't walk. And when I look at where she is now. There is no comparison.