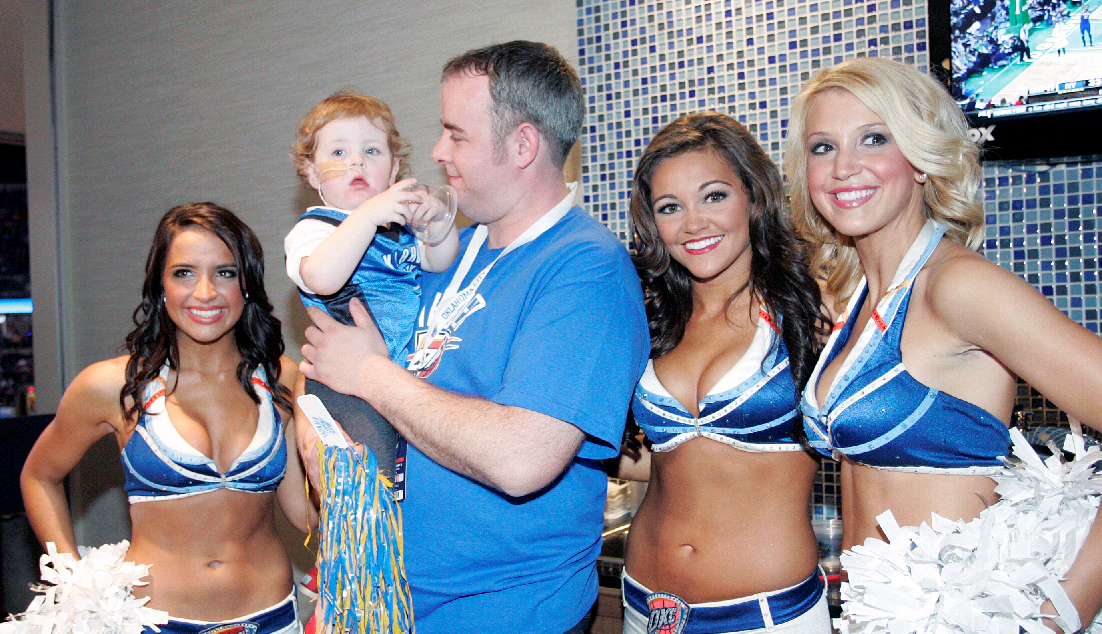 The last place a child might want to take a vacation to these days is tornado-ravaged Oklahoma, where a twister tore through the City of Moore earlier this month, crippling the Plaza Towers Elementary School and killing seven of the storm's 24 fatal victims.

That last place happens to be where some 52 children from the United Kingdom have come to find life through a radical new treatment for a rare form of brain cancer that had once claimed only certain death.
‍

It would be enough to say that pediatric patients benefitted from treatment at the ProCure Proton Therapy Center in Oklahoma City, but it is just as much about recognizing the state's southern hospitality that actually brings some children back each year to the American Heartland where they find the perfect balance of medical and psychological treatment.
‍

Lilly Gillon is one such toddler who became a medical tourist when she traveled across the pond to the Proton Therapy Center. The Birmingham two-year-old nearly died from an aggressive brain tumor — called Ependymoma which had put pressure on her swelled skull and left her for months constantly sick and in dramatic loss of weight.

A tornado tore through Moore earlier this month, about a 15-minute drive from the ProCure Proton Therapy Center in Oklahoma City.

Although the tumor was removed, doctors at Birmingham Children's Hospital feared the cancer could return without further treatment. When Lilly did not respond to chemotherapy and was too young for radiotherapy, her parents, Graham and Cherie Gillon, heard about the Proton Therapy Center, a member of the Medical Tourism Association since 2011, and the hope medical tourism offered for saving their daughter's life.
‍

When the couple approached the National Health Service, the publically funded health system of England agreed to finance Lilly's trip to undergo daily proton therapy not available in the United Kingdom — for six weeks in Oklahoma City, about a 15-minute drive from Moore.
‍

After 30 targeted radiation treatments, Lilly's spirits picked up, but when the family returned to England, they noticed something was missing. Lilly had stopped eating and talking as much.
‍

Most people just stare because they're too scared to come up and speak to her, said her father, Graham, who recalled how different his daughter was treated in England. As where if we went to the mall in Oklahoma, people would come up and say, Would you mind if I asked what's wrong with her? They were just so nice.
‍

It wasn't long before the family decided to pack their bags for a vacation and return to of all places Oklahoma City. Upon arriving in Oklahoma City, as soon as Lilly returned to the ProCure Proton Therapy Center, she was greeted with the love and attention she so dearly craved.
‍

A couple of nights later, Lilly and her family were special guests of the Oklahoma City Thunder during a professional basketball against the Memphis Grizzlies. Lilly, who sported a Thunder t-shirt, watched the National Basketball Association game from a luxury box and enjoyed visits from the team's cheerleaders, the Rumble and Tumble Girls.
‍

Now, the father, who is determined to do whatever it takes to save his daughter's life, is considering moving the family and Lilly's three sisters permanently from the United Kingdom to Oklahoma.

The experience was just amazing, said Graham Gillon. It really was. It was obviously life-changing.
‍

Graham Gillon said his daughter's most recent scan was clear and doctors believe Lilly has a 75-percent chance of a full recovery without any growth or developmental issues resulting from her cancer. Only after 10 years without the return of a new tumor will Lilly be classed in remission.
‍

Since opening in Oklahoma City as a medical tourism destination in July 2009, the ProCure Proton Therapy Center has treated patients from 14 nations including India, Israel, Germany and Lebanon as well as domestic medical tourists from 30 states in the United States.