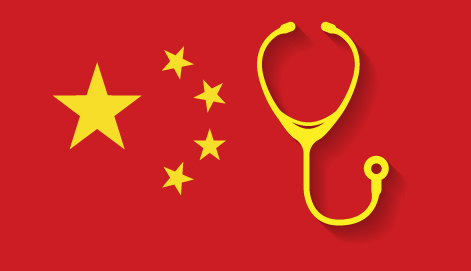 While China’s volatile stock market may be generating the most news, the country’s healthcare market is what savvy investors should be watching. In fact, there has probably never been a better time to enter the Chinese healthcare market.
‍

The vast Chinese healthcare market is fueled by the proliferation of lifestyle diseases, changing population demographics, increased healthcare spending and a demand for better medical services, which has created unprecedented opportunities for international companies in medical tourism and healthcare provision.
‍

China is facing new challenges as more of the country’s population begins to suffer from so-called “lifestyle” diseases, such as cancer, heart disease, diabetes and other chronic illnesses. According to the latest cancer report by the World Health Organization (WHO), China accounted for 3.07 million newly diagnosed cancer cases, 21.8 per cent of the global total.

China also experienced 26.9 percent of the world’s total cancer deaths – about 2.2 million.3 WHO also estimates that approximately 230 million Chinese suffer from cardiovascular disease and cardiovascular events will increase by 50 percent annually between 2010 and 2030 based on an aging population and growth, alone.4

Moreover, the most comprehensive nationwide survey for diabetes conducted in China shows 11.6 percent of adults, or 114 million5, have the disease.
‍

However, access to quality healthcare is difficult for many of China’s 1.3 billion citizens, particularly, those living in rural areas. Despite expanded insurance coverage in the past five years, disparities between rural and urban clinics, overcrowded hospitals, and patient complaints about high costs, poor services and poor facilities continue to exist.

Additionally, there is a widespread lack of trust in doctors and the healthcare system in general. A 2013 survey carried out by China Youth Daily reported 67 percent of the public did not trust the professional diagnosis and treatment of doctors.6
‍

Because of a struggling healthcare system, lack of trust in medical professionals, and a population of 1.3 billion people – many of whom are wealthy and in need of critical care — it should come as no surprise that China’s outbound medical tourism market is growing at a rapid pace.
‍

This number is bound to increase significantly as more Chinese are exposed to medical tourism through word-of-mouth, the media and the marketing efforts of a growing number of medical tourism agencies. A report by Hurun and ILTM Asia indicated that 66 percent of China’s 1.18 million wealthy millionaires would consider medical tourism.7
‍

To cope with the increased number of patients seeking care abroad, China has spawned a new breed of medical tourism facilitators. They are led by visionary entrepreneurs who, in many instances, have invested their own funds or attracted outside investment capital to grow their businesses to a level that was once thought of as “beyond the pale” for most facilitators.

With a seemingly endless market of potential clients – many of whom are exceedingly wealthy – these facilitators are able to generate large patient volumes to send to overseas hospitals.
‍

One of the best known of this new breed is Beijing Saint Lucia Consulting Ltd., a company that went from serving a couple clients in 2011, to assisting nearly a thousand last year. The company recently obtained an 8 million USD investment from Sequoia Capital, a U.S. venture capital firm based in Menlo Park, Calif., and has signed agreements with top hospitals in the United States, United Kingdom, Germany, South Korea and Singapore.

According to Cai Qiang, CEO of Saint Lucia, investments will help the company provide more high-quality services. But, Saint Lucia is not alone; there are at least a dozen new facilitators that have opened their doors in the past few years to cater to Chinese medical tourists.
‍

Chinese are traveling for a wide range of medical procedures and treatments; however, those traveling to the United States and Europe are usually doing so for critical care not available at home or because they feel the level of expertise may be lower in China.

According to several facilitator agencies, patients are traveling for cancer and pediatric cancer treatments, cardiovascular procedures, stem cell treatments and comprehensive health check-ups among others.

Cosmetic surgery is also popular, but most Chinese patients prefer destinations, such as South Korea and Singapore, which are closer to home and less expensive than the United States and Europe.
‍

“A majority of our clients are looking for a comprehensive medical plan rather than just a single option,” said Andy Tian, president of Kangtai Health Network (http://www.kangtaihealth. com/) and another successful medical tourism agency.

“That is to say, most of them are looking for a second opinion on a diagnosis and treatment plan for their medical problems, and a proportion of them will travel to the United States for treatment.”
‍

The top outbound destinations for Chinese medical tourists are the United States, Japan and Germany, according to Oscar Zhou, CEO of Ryavo Healthcare (http://www.ryavo.com/), and a facilitator based in Shanghai.
‍

“It’s a matter of trust,” said Zhou. “Our Chinese clients trust the quality of the medical care in the United States. At Ryavo Healthcare, more than 60 percent of our customers traveled to the United States for medical treatment as the perception is that the United States offers the best expertise and treatment plans. Japan is also popular due to the similarities in culture, proximity and high levels of medical care.”
‍

“For wealthy Chinese patients, cost may not be their biggest concern,” said Tian. “However, having a close price estimate from foreign hospitals is very important before they will actually travel abroad.”
‍

Zhou believes some of his clients are intimidated by the thought of traveling to destinations, such as the United States or Germany for medical care.
‍

“There are pronounced cultural differences and many logistical hurdles to be solved,” he said. “Hospitals that want to receive more Chinese patients should offer a comprehensive set of services and solutions tailored for the Chinese market.”
‍

Opportunities for Affiliations and Partnerships

The Chinese outbound patient market is only one of many opportunities for western companies to tap into. In 2009, the Chinese government implemented a $124 billion healthcare reform plan aimed at providing affordable treatments to the entire population by 2020.

The ambitious plan has required a top-to-bottom overhaul of China’s healthcare system and the creation of laws related to investment, pharmaceuticals, and medical devices. Healthcare reform encourages private investment capital to build new hospitals and other care facilities including 100 percent foreign-owned hospitals. There is also a strong focus on improving healthcare quality, physician and staff training, and attracting new technologies.
‍

In light of these initiatives, many of China’s medical providers — both public and private — are looking to the west, particularly the United States and Europe, to help develop healthcare infrastructure, improve quality and provide expertise in operations management and branding.

A concrete example occurred in August and September, when the Medical Tourism Association® organized several high-level Chinese delegations including leaders from government and the private sector to the United States and Europe.

The goal is to sign agreements with top-tier hospitals on collaborative large-scale hospital projects in China, as well as to procure assistance for capacity building in certain treatment specialties, expertise for hospital management, physician training and branding.
‍

One of these trade missions involved a government delegation seeking to develop eight public hospitals in China; and another included a multi-billion dollar Chinese investment firm. Several of these approaches have been successful and have resulted in MOUs.
‍

The Chinese healthcare market clearly presents many opportunities for investors and international healthcare organizations, but is also fraught with challenges. For starters, organizations can invest a lot of time and money to enter the China healthcare market, yet, end up with a failed business relationship or an unreliable partner.

What can investors do to help identify reliable business partners and sound business opportunities? Meeting face-to-face with potential Chinese business partners is a wise first step; however, several months traveling from city to city or conference to conference can cost a small fortune and not promise much for the efforts exerted.

There are also obvious language and cultural barriers that must be surmounted, and these can be exasperated by the fact that very few Chinese speak English.
‍

Putting You in Driver’s Seat

The Medical Tourism Association® has spent the past several years building relationships with organizations in China’s public and private healthcare sectors that identify opportunities for collaboration and investment.

Earlier this year, the Medical Tourism Association® partnered with Beijing Great Idea Business Company, one of China’s most well-known and respected healthcare consulting firms, to co-organize the World Medical Tourism and Global Healthcare Congress — Asia-Pacific 2015 (www.asiamedicaltourism- congress.com), Nov. 14-16, 2015, at the Guilin International Conference and Exhibition Center, in Guilin, China. This conference will be the first of at least five similar events co-organized in China in the coming years.
‍

Both the MTA and its local partners have vetted these entities according to the needs and interests of our attendees. We are also organizing a seven-day all-inclusive VIP Trade Mission for approved buyers to travel to multiple cities to meet with Chinese government leaders and CEOs from the healthcare and tourism sectors in order to encourage business development opportunities.

Participants at these events will have an unprecedented opportunity to jump-start their entry into the Chinese healthcare market at the highest levels.
‍

We are convinced that those who are first to penetrate the Chinese healthcare market will find amazing opportunities to grow their business long-term. Our goal is to pave the way and put you in the driver’s seat, so to speak, so you can fully concentrate on developing high-yield relationships.
‍

So whether your interest is to attract Chinese patients to your facility or to partner and/or consult on healthcare development projects, we encourage you to make the most of these unique opportunities to expand your business into the growing Chinese healthcare market.
‍