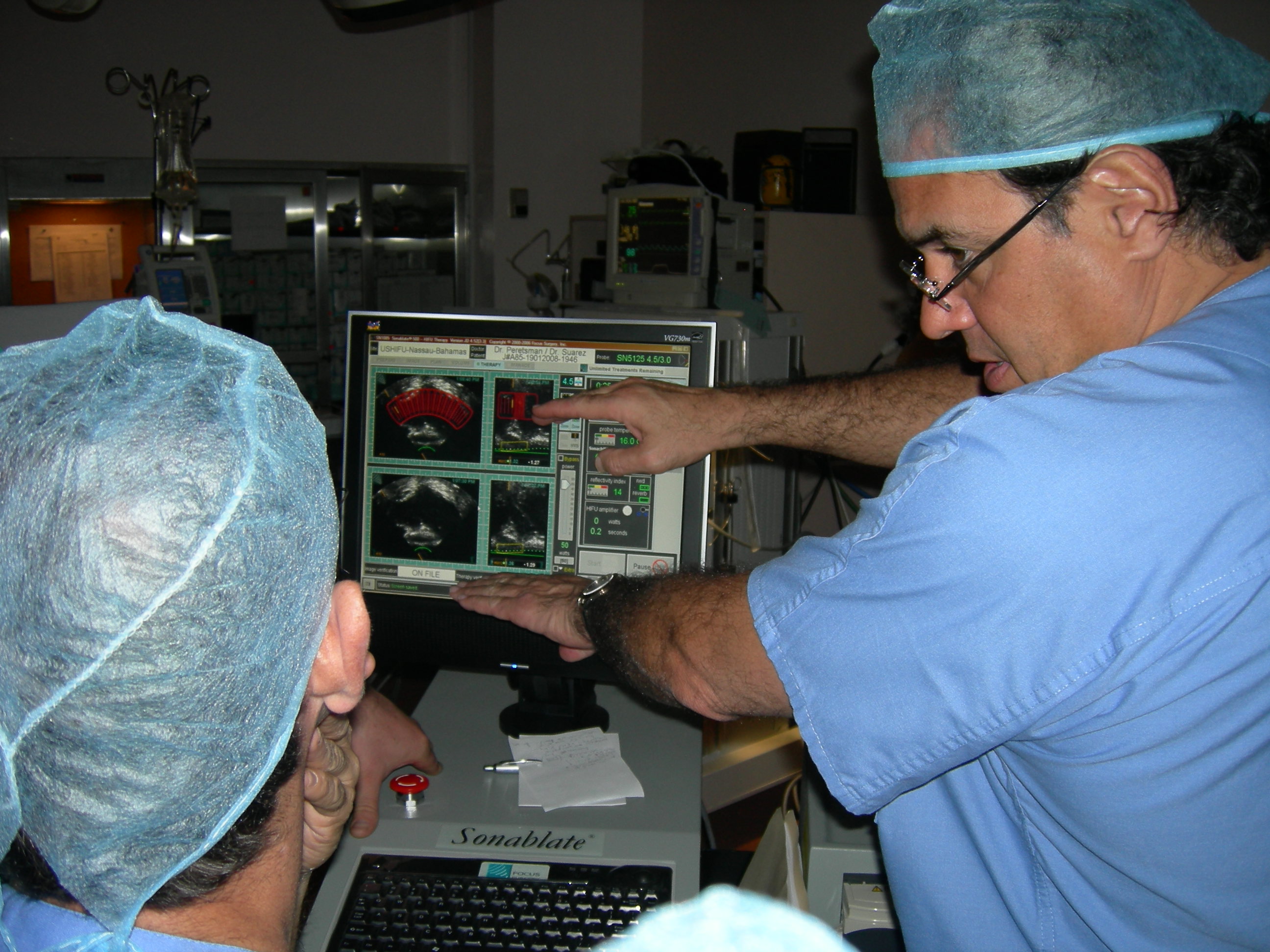 Everything went like clockwork, according to Jim Wickstrom. Some two years removed from prostate cancer treatments in Bermuda, he is hard not to believe. After all, the 66-year-old retired teacher is still ticking.
‍

Cancer free these days, Wickstrom surfs almost daily and walks the beach near his home in San Diego County much like he did the day after medical tourism treatments and not unlike dozens of other men who line seaside hotels in Mexico, the Bahamas, and Bermuda — waiting for their turn inside local private hospitals where high-intensity focused ultrasound or HIFU treatment is available.
‍

These cancer stricken Americans don't mind waiting for HIFU considered by some a more precise, powerful and affordable way to treat prostate cancer than standard methods — because the procedures is not offered in the United States.
‍

While HIFU awaits FDA approval in the United States, Doctors Hospital in the Bahamas has treated more than 520 medical travel patients, since 2008, with HIFU, an alternative to surgery or radiation treatments that heats the prostrate to attack cancerous tissues without impotence and loss of bladder control.
‍

FDA officials are taking heat themselves, lately, from the healthcare industry for moving too slow to approve medical technologies like HIFU for market consumption. Commissioner Margaret Hamburg said earlier this month that the FDA is streamlining reviews to make sure really promising products can move through the system swiftly, but with robust regulatory process.
‍

Based in Charlotte, N.C., SonaCare Medical says more than 12,000 patients worldwide have been treated with one version of its product, dubbed Sonablate, which has been approved in 30 countries in Europe, Asia, and Central and South America. Another version of the technology, Sonablate 450, is undergoing clinical trials which earlier this month failed to satisfy an FDA review panel.
‍

But, the approval process hasn't stopped SonaCare from treating American medical travel patients. Data obtained by the San Francisco Chronicle suggests that SonaCare has paid two dozen doctors a total just under $342,000 to perform HIFU therapy abroad. According to the newspaper's analysis, medical travel patients pay $25,000 out-of-pocket for the uninsured treatment, of which physicians receive up to $8,000 from SonaCare, depending on the procedure.
‍

Doctors say the company's payments are legal, and that law doesn't require them to disclose their ties. Critics, on the other hand, have raised eyebrows because drug and device companies usually don't directly compensate physicians for medical care. These financial motives, they say, could open the door to shaded clinical decisions.
‍

Dr. Michael Lazar, a urologist in Santa Rosa, Calif., thinks otherwise. He told sfgate.com that he has performed HIFU on more than 100 medical tourism patients in the last seven years, primarily in Mexico, and that SonaCare payments have no bearing on his judgment.
‍

I'm very convinced that if it (HIFU) were equally covered by insurance as (other) currently available treatments, a large amount of men are going to want it, which is why I invested a large amount of my retirement money into the company, said Lazar, who, the report shows, received about $36,000 to treat health tourism patients late last year and has invested $223,000 in the business, a share he says amounts to less than one-tenth of 1 percent of the company's worth.
‍

Nearly a quarter-million men in the United States are diagnosed with prostate cancer each year, according to the American Society of Oncology. Renée-Marie Stephano, President of the Medical Tourism Association, said early detection methods and increased vigilance means that many more cases can be cured.
‍

Most men no longer have to die from prostate cancer,” she said. “Patients are crossing borders for advanced cancer treatment or pioneering therapies that are not available in their home countries — and that can be a good development.

What is becoming more common and important — is that these patients are conducting the appropriate research to ensure that they will be able to receive proper aftercare following their returns before undergoing treatment.
‍

Stephano said patients from the United Kingdom have been known to travel to foreign destinations including the United States for proton-beam therapy until their government's financing and interest catches up with the advanced cancer-fighting technology.

She pointed to a British patient who had proton prostate cancer treatment, which targets tumors without damaging surrounding organs, earlier this year in the Czech Republic. Proton treatment the most advanced form of radiotherapy will not be available in the UK until 2017 when 250?million facilities are opened.
‍

Until then, medical science refuses to stand still. Robert Kleinberg couldn't wait, either. When Kevin Blumenthal, his Maryland-based physician, gave him the option to travel to Bermuda for HIFU therapy, Kleinberg put aside his skepticism and followed the warm sunny climate to Doctors Hospital, where Dr. Stephen Scionti, who directs the Scionti Prostate Center, in Sarasota, Fla., had performed hundreds of treatments using the pioneering technology.
‍

“It’s a paradigm changer,” said Scionti, a former director of prostate cancer ablative surgery at New York University’s Langone Medical Center, in New York City. Medicine’s very conservative. The first operation to take the prostate out was described in 1904. That’s 106 years ago. Now, all of a sudden we said we could cure this disease without surgery, without radiation, using something like sound waves.”
‍

“For the most part, it’s either surgery or radiation, he said. Patients want more. Doctors want more, too. This (HIFU) has the potential to be that.”
‍