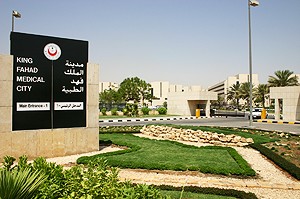 Korean hospitals are doing their share to transfer medical systems to counterparts in Saudi Arabia.

Under a project call the Medical Systems Twinning Project, one of six agreements between the two health ministries, Korea will establish hospitals among them for brain imaging techniques and neuroscience research in the Middle East country and begin providing Saudi Arabian medical staff with educational and management expertise.

King Fahad Medical City is a state-sponsored hospital based in Riyadh, where Korea business giant Hyundai Engineering and Construction set up facilities in 1993.

Korean physicians will be dispatched to Riyad and four other cities to demonstrate surgical operations for Saudi Arabian doctors and medical staff, in much the same way the United States administered to the Southeast Asia nation under a similar healthcare package some 50 years ago.

Today, Arab princes and princess are common travelers to Korea for stem cell treatments and others, along with VIP patients from all over the world, including Europe, the United States and especially China and Japan.