By
Dr. Cristy Kessler
at 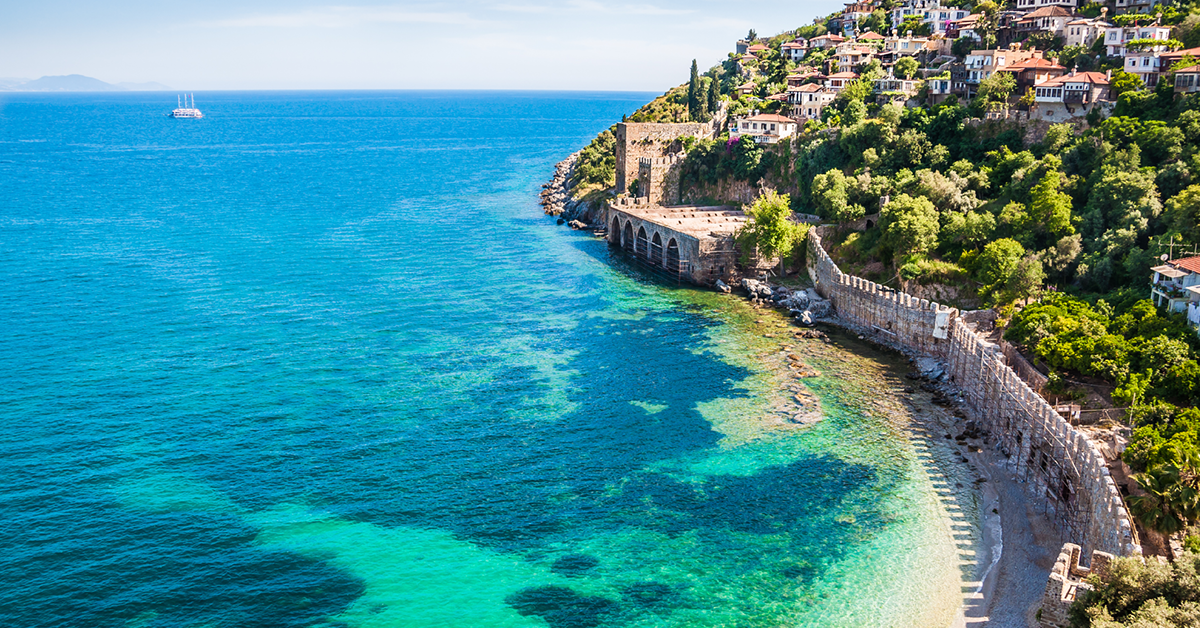 My name is Dr. Cristy Kessler, and medical tourism saved my life. All my life I’ve been plagued by a series of rare, ultimately lethal autoimmune disorders (scleroderma, vasculitis, and ankylosing spondylitis), as well as multiple types of cancer. When I was nearly forty years old, the medical community basically threw in the towel and told me there was nothing more they could do for me.
‍

But on March 21, 2011, I was given a new life. WorldMed Assist, a medical tourism company, helped me get an autologous stem cell transplant (SCT) that was performed at Anadolu Medical Center in Turkey.

I could not have my transplant done in the United States of America because the FDA had not approved SCT for my specific autoimmune diseases, and I did not fit nicely into an FDA-sanctioned research study—interestingly enough, over 30,000 autologous stem cell transplants are performed in the United States annually on patients with various types of blood cancers. But even after offering to pay cash for my transplant, I still wasn’t allowed to get that same treatment.
‍

Medical tourism has really blossomed since I had my transplant in 2011. I didn’t even really know what medical tourism was until I started seeing ads on my computer screen every time I logged on to search for potential new FDA sanctioned studies for patients with scleroderma.

But one day, out of extreme frustration, after receiving word from another study that I did not qualify for, I decided to do a Google search of “medical tourism”. Once I got past the first three pages of superficial advertisements, I began to find some amazing stories about people who had traveled abroad to get life-saving procedures that were either not offered yet in the USA or they couldn’t get into a research study, or their insurance wouldn’t cover the treatment.

These people were like me. Left out. I started to read their success stories, looked at the procedures they were having done, what their illness consisted of, and where they decided to go for treatment. Then I noticed another major factor with some of these people, they were using medical tourism companies that had been rated by the BBB and had A+ ratings.

So the form filling commenced. I sat at my computer for as long as my body would let me and completed every online questionnaire for every rated medical tourism company I could find that might be able to help an autoimmune disease patient like me.

At this point, we knew my only option for a better quality of life, or a quality of life that would at least stay where it was at that moment in time (one were I was alive, able to still do things in moderation but a life where I wasn’t sleeping more hours a day then I was awake), was a bone marrow/ stem cell transplant.
‍

Several companies responded to my inquiry right away, but Janet Kwan (RN, BSN) who works for WorldMed Assist, responded to me with a direct email written specifically for me about my case. Why did I decide to go with Janet and her company? Because she made me feel like I was the only patient she was working with. She made me feel important and valued.
‍

The BBB had given WorldMed Assist an A+ rating and this mattered. But what mattered more were the hospitals Janet worked with. Anadolou is Joint Commission approved and is partnered with Johns Hopkins. With Janet’s expertise, she connected me to Anadolu Medical Center, Dr. Zafer Gulbas, and Dilek Inci, my International Patient Representative.
‍

Anadolu Medical Center is situated on the northern shore of the Sea of Marmara, not far from Princes Islands, a well-known resort area that sounds like Nantucket and Martha’s Vineyard. We arrived on Friday, February 25, 2011, late in the evening. From the moment we passed through customs at the airport until we boarded our plane to return home 2 months later, Dilek Inci and her team at Anadolu Medical Center were with us every step of the way. Even when I was in isolation, Dilek checked on us every day.
‍

What Liz and I found out after arriving at patient services (on a Saturday) is that this would actually be my first appointment with Dr. Gulbas. Hard to believe he was holding office hours on Saturday. We were escorted to Dr. Gulbas’s office and within minutes he was coming out from his desk to meet us.

My first experience with Anadolu Medical Center was amazing. A world- renowned expert in hematology and stem cell transplants holds office hours on Saturday and what was even more impressive to me was that he would stay with us until I was admitted later that afternoon to start the transplant process. Dr. Gulbas never pushed us off on another staff member.
‍

He took us on a tour of the hospital, he handled the calls to get me admitted, he made sure we were comfortable. Every day (except Sundays) from that day on, for 2 months, he came in twice a day to see me.
‍

The cost of having my stem cell transplant in Turkey at a medical center with the same accreditation as the best hospitals in the United States was substantially less than all the medical expenses I had accumulated from 2005 through 2009.

And that was just my co-pays. The cost of an uninsured transplant at home (if doctors were allowed to do it for cash) would have been $250,000. So going to a state-of-the-art facility in Turkey was a bargain at $56,000.
‍

But it wasn’t just the cost that made Anadolu my choice. Anadolu is a world-class medical center, it was so much different. It was better, than any experience I had over in the United States. The entire campus was clean, and I mean spotless. Open areas in the hospital were designed with the patient and patient’s family in mind.

If the patient can be out of their room and walking around, the hospital encourages it. The whole patient is valued here. The doctors, nurses, and staff all care about your body, mind, and spirit during your entire time at Anadolu. Every single individual who we encountered during our two months at Anadolu, was genuine and caring. And I never saw a member of the staff who wasn’t smiling.
‍

The biggest shock to me was that Dr. Gulbas designed his transplant center and Anadolu built it. The center is a true cutting edge, innovative center for patients all over the world. After years of working in the best hospitals around the world (including the United States), he brought back to Turkey each aspect from each place he worked that was exemplary, and incorporated them into his own center.
‍

I received a new life in Turkey. Dr. Gulbas believed that proactive medicine, instead of reactive medicine, would give me a good quality of life. He believed in my case and he knew that a SCT would definitely help a scleroderma patient like me.
‍

We lived at Anadolu for two months and in a lot of ways, it feels like home to us. We have traveled back to Anadolu Medical Center three times since 2011 just to visit, I no longer need follow up medical care for the transplant. And I know we will go back again, as often as we can, because we feel valued there.

The hardest thing for me since my transplant is having to deal with the United States healthcare system. Things here just don’t measure up to the exemplary experience and care we had at Anadolu Medical Center.
‍

Dr. Cristy Kessler is the number 1 best-selling author of Surviving Healthcare: 5 STEPS to Cutting rough the BS, Getting the Treatment You Need, and Saving Your Life. She is a true stem cell pioneer who credits medical tourism and Anadolu Medical Center with saving her life.