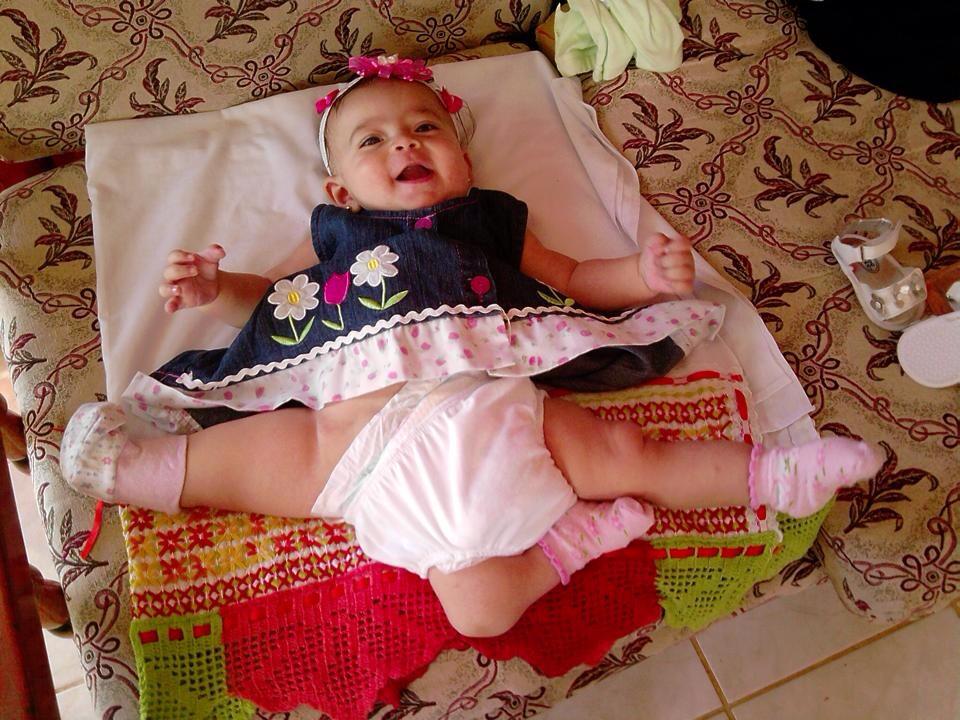 She will never be able to run and play like the other children do, but doctors are hopeful she will have a leg to stand on.

After losing her twin sister at birth, Ana Paula, a 22-month girl from Panama, is in Los Angeles awaiting a life-changing medical tourism procedure next month in which doctors will surgically remove two of her three legs.
‍

Baby Ana Paula was born a conjoined twin, united at the pelvis with her sister at birth in a rural village in Panama. Her sister did not survive a surgery meant to separate them at three weeks old. Ana Paula, meanwhile, was left with three legs, three kidneys and potential reproductive concerns.
‍

Doctors at Shriners Hospital for Children plan to remove Ana Paula's middle leg. Her right leg will now be removed as well after doctor's learned the toddler's knee and ankle did not function at all. The multiple medical tourism surgeries will include fitting Ana Paula with a prosthetic.
‍

I think she will be very functional as a walker, at the very least with crutches or with arm crutches or something similar, although she will never walk normally, said Dr. Phoebe Scott-Wyard, in a statement, CBSLA reported. She will be different than other children, but she will be able to move about and keep up with her peers.
‍

Doctors won't speculate much beyond the surgery unable to be performed in Panama — or any other aspects related to survival because of the severity of Ana Paula's medical condition that may require further procedures.
‍

Thankfully, there are groups consciously devoted to change circumstances for children — swearing to fight adversity and give the innocent the medical help they require at difficult times.
‍

Ana Paula’s medical tourism treatment and trip to Los Angeles along with her mother is being made possible through a joint effort between Shriners Hospital for Children and the Children of War Foundation, which secured funding for her medical costs and long-term rehabilitative care.
‍

Stephano said an estimated 13 million infants die each year due to lack of medical facilities.
‍

Underdeveloped countries are faced with rigorous health-related challenges because medical infrastructure has not improved to the level where all children can be given equal resources, she said. Inadequate funds prevent children from getting proper medical attention, and their parents can do little except seek help from non-governmental sources. Sometimes, they are able to raise funds for medical tourism treatments, but, most of the time, they fail.
‍

Ana Paula’s medical condition is so rare that there are only about 12 survivable cases like hers each year in the world, Dr. Kit Song, chief of staff for Shriners Hospitals for Children in Los Angeles, told KTLA.
‍

I think we can execute this very well, said Dr. Song. It's the thinking process behind the plan that's going to take some time.
‍

Afghan war victim Shah Bibi Tarakhai, who lost her arm after picking up a grenade and gained the help of Children of War Foundation, bonds with Ana Paula at Shriners Hospital for Children in Los Angeles.
‍

Twins joined at the pelvis, like Ana Paula, can be fused at a 180-degree angle from each other; a condition referred to as Ischiopagi. They can share the pelvic region as well as the gastronomical tract and genital areas. Most twins will require reconstruction of these regions after separation. They can also share two, three the third often fused from another leg or four legs. About one in every 100,000 births and one in 10 conjoined twins are affected by Ischiopagi.
‍

Children of War Foundation offers access to donated transformative surgical care for children who are living with a deformity or injuries that cannot be treated in their home country. Shriner's Children's Hospital and the University of Southern California provide care once donations are secured.
‍

Less than a year ago, Shah Bibi had been home in Afghanistan when she went outside one morning to play with her brother. A violent battle had pitted Taliban fighters against U.S. military forces the night before, but that was nothing residents weren’t used to. Their village had been a cauldron of violence since the Afghan war began.
‍

“There was what looked like a rock that she picked up and threw on the ground and it exploded,” said Ilaha Omar, a Children of War Foundation member who brought Shah Bibi to the United States, where Shriners Hospital treated her for no charge.
‍

The explosion had destroyed her right eye, taken off most of her right arm, put a few scars on her face and killed her brother. Children of War plans to bring Sha Bibi back to Los Angeles next year to fit her with a prosthetic eye and attend to her scars.
‍