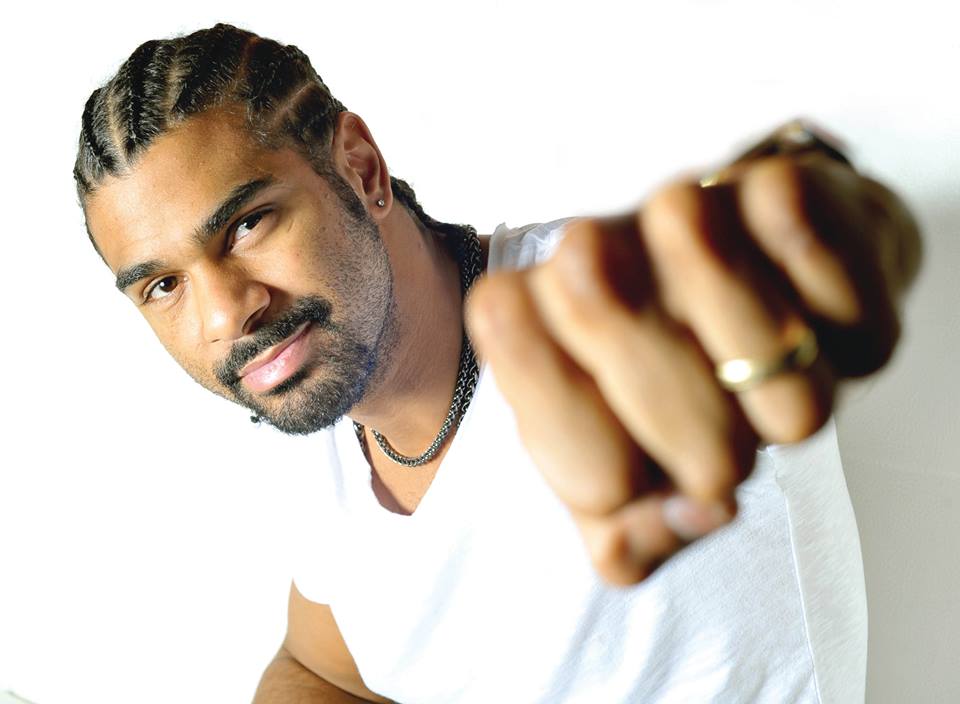 Recognized as the second most expensive city to stay in and with plans to build the largest shopping mall in the world, living large is a weigh of life in the desert.

Now, a former world champion — considered to pack one of the hardest punches in boxing is taking a stab at promoting health and fitness in Dubai, a huge concern across the United Arab Emirates where 66 percent of the adult population is overweight or obese.
‍

Backed by the local government, David Hayemaker Haye, who once held heavyweight and cruiserweight boxing titles, opened a world-class health and fitness center earlier this month in downtown Dubai. Hayemaker Gym marks the first wellness venture in Dubai that combines a high-end fitness and training center and in-house restaurant. If all goes well, the British fighter plans to go another round with smaller specialized facilities across the Gulf Cooperative Council (GCC) and Middle East.
‍

Dubai's efforts to become a leading healthcare destination and supporting initiatives, such as Dubai Healthcare City, are providing vast opportunities in various disciplines of health and wellness, he told Emirates 24/7. The city is home to an increasingly health-conscious community that also enjoys high disposable incomes. Dubai is also a wide catchment that covers flourishing communities across the Middle East, Africa and South Asia.
‍

The opening of the gym comes on the heels of a report that found a high prevalence of obesity in the UAE, which authorities fear will weigh heavy on families and government resources in the region. Non-communicable diseases, like cancer, cardiovascular conditions and diabetes, are already a cause for concern in the UAE, political territories in the Gulf Region known for big spenders with an appetite for western fast food and dollar menus.
‍

Worth Weight in Gold

To coincide with the Muslim holy month of Ramadan, when the faithful refrain from eating and drinking during daylight hours, the Dubai government launched an obesity-fighting campaign, perhaps, worth its weight in gold. The growing obesity problem in the UAE is sometimes highlighted by many of the faithful who are tempted to eat too much following fast. This year, those who walked away from non-traditional dishes loaded with fat and sugar pocketed a gram of gold for every kilogram lost.
‍

A little gold may sound like a sweet deal, but an ounce of prevention can save money in a region ranked among the highest in the world for diabetes levels. Dr. Abdulrazzaq Al Madani, president of the Emirates Diabetes Society, said, as a result, the UAE spends almost Dh25 billion annually to fight diabetes, significantly more than most countries.
‍

Lifestyle diseases — including cancer, cardiovascular, diabetes and chronic lung illness kill more people worldwide than infectious diseases. Futile attempts to cure them have cost a fortune. But, all has not been lost. The good news is that non-communicable diseases are preventable. The problem persists: how do doctors, government agencies, and industries with an interest in the well-being of others change behaviors that lead to unhealthy consequences.
‍

Doctors at Rashid Hospital claim that they have performed up 40 bariatric surgeries a month, primarily on nationals, but also on expatriates and residents from other Gulf countries who travelled there for the operations. The most popular surgeries in the UAE are sleeve gastrectomy and gastric bypass, in which doctors shrink the stomach and alter the digestive system to induce weight loss. More women than men have elected to have bariatric surgery.
‍

Jonathan Edelheit, CEO of the Medical Tourism Association, said obesity is a worldwide epidemic. Between 1980 and 2013, the combined prevalence of overweight and obesity worldwide rose by 27.5 percent in adults and 47.1 percent in children, according to the Global Burden of Disease Study 2013.

The unfortunate truth is that much of the world in countries that are both industrialized and developing — could use a diet, said Edelheit, who invited government agencies and private enterprises who advocate health and wellness to the 7th World Medical Tourism & Global Healthcare Congress, Sept. 20-24, 2014, in Washington, D.C., where they can take part in sessions devoted specifically to this emerging segment of health, fitness and travel. What is most alarming is that, up until recently, not much had been done to confront excessive weight and the non-communicable disease that obesity triggers.
‍

One cost-effective method would be to change what is eaten. Another step is to invest.
‍

VPS Healthcare Group is one multinational seizing on the opportunity. The healthcare provider, whose initiatives stretch throughout the Middle East and North Africa, announced a partnership with Seoul St. Mary's Hospital that will offer cancer screening, diagnosis, treatment and research centers in Dubai and Adu Dhabi the first by the end of the year. By then, the new facilities will not only support local patients, but attract healthcare consumers throughout the region and promote UAE as a medical tourism hub.
‍

David Haye has big plans as well. He already knows what it's like to visit Dubai, what it’s like to fight the good fight. In advance of opening his gym, the international sports celebrity availed himself of what was dubbed the world's largest boxing lesson at the Dubai Sports World the emirates largest indoor sports venue — last month. The 40-minute session in technical boxing and movement training raised not only thousands for charity, but also awareness for the local community of the importance to stay fit, be healthy and be active.
‍

Everybody knows Dubai loves a record, so I'm playing my part, said Haye. We're bringing people from across Dubai's multicultural community together to advocate merits of staying fit and pursuing a healthy lifestyle. I can't do it all alone, though I need Dubai to join me.