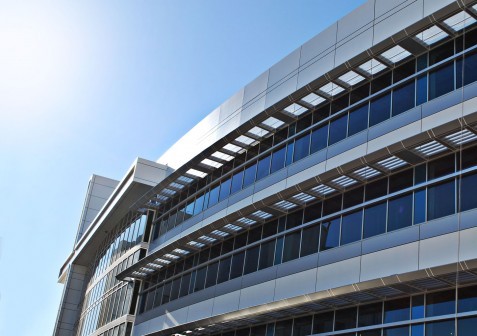 The removal of pituitary tumors through Transsphenoidal Surgery  was first described over a century ago by two neurosurgeons, Dr. Harvey Cushing and Dr. Oscar Hirsch.  Since then, several developments have allowed this technique to be applied in the removal of not only pituitary adenomas, but a wide range of midline skull base tumors and brain tumors.

The advent of the surgical microscope in the 1960s, as well as more recent developments such as refined micro-instrumentation, surgical navigation (like GPS for the brain) and endoscopy (which provides a more panoramic view of the intracranial space), have extended the capabilities and safety of intracranial surgery through the nose.
‍

In contrast to more traditional large craniotomies to reach pituitary and brain tumors, the endonasal approach has several advantages, including a more direct route to the surgical site with less disruption of normal tissues, less bone removal and no need for brain retraction. In experienced hands, these factors translate into high tumor removal rates, a more rapid and less painful recovery and a lower risk of complications.
‍

The endonasal approach is now used for removing virtually all pituitary adenomas (including those causing acromegaly, Cushing’s disease, prolactinomas and endocrine-inactive adenomas), as well as many brain and skull base tumors such as craniopharyngiomas, chordomas, meningiomas, sinus carcinomas and Rathke’s cleft cysts.
‍

The procedure is performed under general anesthesia with surgical navigation for more precise anatomical orientation. The endonasal route uses the nostril as its entry point with visualization from both the operating microscope and the endoscope. The only incision is in the nasal mucosa at the back of the nasal cavity; this opening is further widened and the two natural bony openings into the sphenoid sinus (ostia) are converted into one larger opening by removing additional sphenoid bone.

This endonasal corridor through the nostril and sphenoid sinus serves as the working channel for instruments and the endoscope. Additional bone is removed from the skull base directly in front of the pituitary gland (aka the sella).
‍

Under high-power high-definition magnification with the operating microscope and endoscope, tumor removal is performed using microsurgical dissection. At the completion of tumor removal, the skull base defect at the sella is closed with a combination of synthetic and natural materials. The size of the defect and the presence or absence of cerebrospinal fluid leakage dictates the extent of the skull base repair.

For larger defects with spinal fluid leakage a fat graft is harvested from a small (less than an inch) abdominal incision to help seal the leak and in a small minority of cases, a lumbar drain catheter is inserted into the lower back to divert cerebrospinal fluid for 48 hours.
‍

For those having endonasal removal of a meningioma or craniopharyngioma, a one-night ICU stay is typically followed by two more days in the hospital then discharge home.  While in the hospital, patients are followed not only by the neurosurgical team but also by an endocrinologist and an internist. Patient examples are available at www.brain-tumor.org/347_Surgical_Videos.html.

Our Experience with Endonasal Surgery

Endonasal surgery is technically demanding, requiring specialized instrumentation, and is certainly not appropriate for all tumors. Some brain tumors may best be removed through an alternative “keyhole approach” such as an eyebrow craniotomy while others may require a more traditional large bony opening for safe and effective removal.

From a personal series of over 1000 endonasal surgeries for a wide range of pituitary, brain and skull base tumors, over 25 publications detail the endonasal technique, endoscopy, surgical outcomes, complication avoidance and patient satisfaction. A brief list of recent publications is provided below; a more complete list can found at www.brain-tumor.org.

The Brain Tumor Center provides comprehensive care and minimally invasive neurosurgery for patients with brain, skull base and pituitary tumors. With colleagues in Endocrinology, Oncology, Radiation-Oncology, Head & Neck Surgery, Neurology and Neuro-Ophthalmology, we provide a multidisciplinary approach to these complex problems. The Brain Tumor Center serves the Los Angeles region and beyond. For additional information: www.brain-tumor.org.