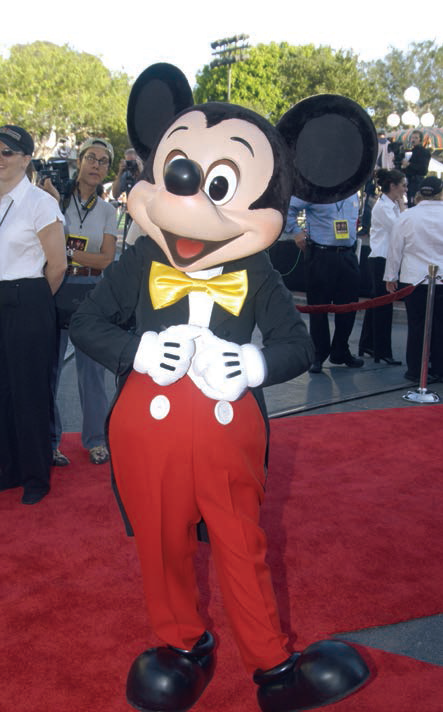 They’ve done quite a bit of sightseeing, the Johnson family has — St. Augustine Alligator Farm and a trip to Disney World already. Three-year-old James, his six-year-old brother, Ethan, and their parents, Stephen and Gillian Johnson, might say they are having a time of it. You can bet little Ethan’s life they are.

After all, the Johnson family has travelled all the way from the United Kingdom to Jacksonville, Fla., and a stop at the University of Florida Proton Therapy Institute included. The hospital isn’t necessarily the fun part of their extended vacation, but it is certainly the most important leg of their trip. The Florida Proton Therapy Institute is where James is receiving cancer treatments that aren’t available for him back home.
‍

If Florida lawmakers have their way, an already prosperous flow of vacation travelers who visit the Sunshine State for sandy beaches and Disney attractions will be further supplemented by international medical tourism patients seeking top-notch and affordable procedures and treatments at existing hospitals and specialty treatment centers – like the Cleveland Clinic in Orlando and the Mayo Clinic in Jacksonville – and other destinations around the state.
‍

A bill, SB1150, set aside $3.5 million for a four-year marketing campaign aimed at promoting “sun-and-surgery” packages connected to specific healthcare providers in the state. Under versions of the House and Senate bill, hospitals and other healthcare providers would submit proposals to be included in the promotional packages.

However, the bill will have to wait until 2015 to be reconsidered for approval because the Florida Legislature ended its regular fiscal year session without finalizing details. The funds, however, are available for the project
‍

A bill, SB1150, set aside $3.5 million for a four-year marketing campaign aimed at promoting “sun-and-surgery” packages connected to specific healthcare providers in the state.

In Rhode Island, Rep. Joseph McNamara (D-19) is looking to put the Ocean State on the map as a destination that domestic medical tourism patients will access for not only beaches and the mansions of Newport, but because of its close proximity by car, plane, train or cruise ship from New York and Boston.

McNamara has introduced legislation in the General Assembly that, if approved, could open the door for domestic medical tourism by attracting a Florida healthcare provider to the Warwick, which, in turn, would energize development in the City Centre district of Warwick and create more than 75 jobs.
‍

The idea of combining medical procedures with family vacations is certainly not new to Florida. The Greater Miami Convention and Tourism Bureau has partnered successfully with seven hospitals to offer “medical excellence with a tropical flair.” The initiative has attracted patients primarily from South and Central America.
‍

Earlier this year, Nueterra Healthcare, a Kansas-based consulting and management firm and member of the Medical Tourism Association®, announced a subsidiary of the company had purchased Metropolitan Hospital of Miami with the intent to attract more cash-paying international patients from nearby Latin America to one of its specialized surgical centers.
‍

The hospital, located near Miami International Airport, was founded in 1963 by Cuban immigrants to serve their community. Wealthy Hispanic visitors make up a large pool of patients already in Miami, a target market — sprinkled among supermodels, nostalgic Cubans, celebrity hotels and splashy art galleries – who purchase everything from Louis Vuitton shoes to authentic Italian risottos.
‍

Healthy Proposition to Bank On

Several years ago, a coalition of healthcare providers to the north got into the act as well. Called floridamedicalretreat. com, the website was designed to appeal largely to Canadians seeking surgeries, such as hip and knee replacements, that would register them to a waiting list for procedures in Sarasota County.
‍

Steven Roskamp, a partner in the Sarasota Bay Club, a retirement community and home to a skilled nursing facility, told the Sarasota Herald Tribune that the website is still active. He said queries that come in are referred to a selected roster of local doctors, but the volume of medical tourism patients “We are no longer putting tremendous effort into that,” said Roskamp. “We definitely got some business, but I was putting $10 in for every dollar I got out.”
‍

Still, Roskamp believes the high quality of healthcare in Sarasota, combined with the regional tourism amenities, will eventually attract baby boomer retirees who need more healthcare interventions, and have time to combine them with extended vacations.
‍

“I think it will happen,” said Roskamp. “Everybody thinks it’s a great idea, and the doctors and hospitals are interested in cash business. It works really well down in the Miami area. You’ve got to have the flow of people and the ease of transportation.”
‍

Quality is Job One

“In the minds of world travelers, Florida is already a known commodity,” said Stephano, who welcomes healthcare providers, local government officials and business leaders to the 7th World Medical Tourism & Global Healthcare Congress, Sept. 20-24, in Washington, D.C., for an expanded discussion of potential U.S. markets. “Stakeholders – the hospital administrators, the physicians, the hospitality entities – interested in strengthening Florida’s position as a medical tourism destination need to identify niche areas of healthcare and promote those services offered to patients who need them most.”
‍

Florida has a home-field advantage given the reputations of its facilities, such as the Cleveland Clinic in Orlando and Mayo Clinic in Jacksonville, which is near the home district of Senate Health Policy Chairman Aaron Bean (R-Fernandina Beach), the sponsor of SB 1150.
‍

Other sites, like the Silverstein Institute, which specializes in hearing disorders, and the Dattoli Cancer Center, are state clinics with international patient rosters, Virginia Haley, president of Visit Sarasota County, told the Herald-Tribune. “In terms of inbound to Florida, strength of the doctors and the medical institutions seem to be what is key,” she said.

“Every time someone does come down (to Florida) and has a certain procedure, it helps us. It’s slow, but we are building the reputation of the doctors that are here because we have the population we do. For instance, we have some very good knee people in Sarasota County.”
‍

In the heart of Disney country, Central Florida has hosted its share of travelers from across the globe. But, now patients from as far away as Australia and East Africa might be more apt to make a pit stop for healthcare at South Lake Hospital, which is quickly becoming a hot spot for medical tourism.
‍

Dr. Sijo Parekattil, who operates the hospital’s PUR Clinic with Dr. Jamin Brahahmbhatt, said the facility sees about 45 patients each week from around the world for urology and high-tech robotic surgeries. Together, the doctors have performed more than 1,000 of these procedures using da Vinci robotic techniques since the clinic opened in December of last year – more than any other center in the world.
‍

“A lot of our patients that come in with infertility have had vasectomies,” Dr. Brahmbhattt told myfoxorlando.com. “Now, they’re either new relationships or with partners, and they want to become dads again.”
‍

Lake County Commissioner Sean Parks, who toured the facility earlier this year and was not aware of the expertise that existed in his backyard, saw the benefits of medical tourism firsthand.
‍

“This is amazing,” he said. “I have visited numerous businesses all over Lake County and Florida, and did not know this technology and related medical expertise existed right here in Lake County.”

Stephano said medical tourism is a healthy proposition for both incoming patients and the residents who call the local streets and amenities home. She noted that Canadian snowbirds, whom last year crossed the border to spend $22.3 billion in the United States, will continue to flock to Florida and warmer destinations as always. Coupled with the fact that medical tourism patients contribute more toward local economies than traditional tourists do, she said, the benefits may be discreet, yet profound.
‍

“Medical tourism is good business,” said Stephano. “When patients visit a region or state for medical care, they usually stay for two-to-three weeks with spouses or loved ones. While there, they contribute a tremendous amount of money to the local economy. Medical tourism is a significant lever for creating jobs and driving economic growth. The benefits extend far beyond the obvious — healthcare and hospitality industries — but include restaurants, retail shops, transportation and many other businesses.”
‍

Missouri knows about the effects, particularly in the St. Louis metropolitan area, where 12 percent of all hospital services were provided by non-residents in 2012, contributing more than $1.6 billion in medical tourism revenue to the state’s overall economy, the Missouri Hospital Association reported.
‍