NASA MEDICINE AND YOUR HEALTH : An Interview with Dr. James Polk 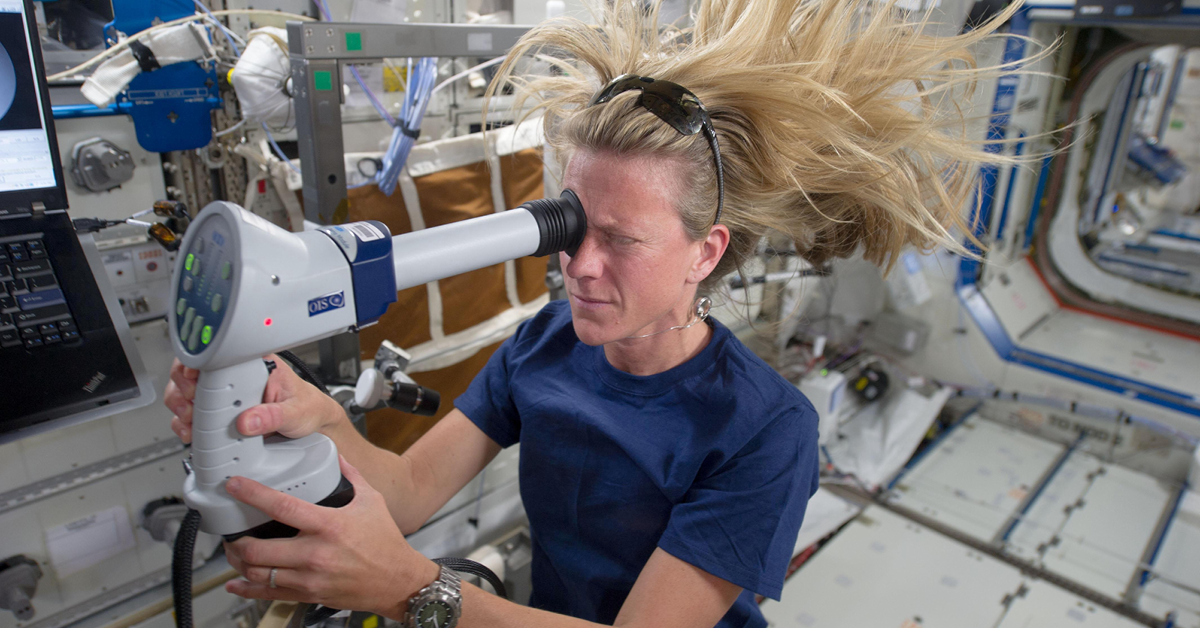 Healthcare and well-being is on the minds of everyone today, in particular, those individuals who are looking to implement change within the world—and outside of it, too.
‍

NASA contributions to medicine may be more than the world realizes.
‍

Dr. James Polk, a senior medical officer with the National Aeronautics and Space Administration (NASA) in the Office of the Chief Health and Medical Officer in Washington, D.C., considers himself the “King of Serendipity” in his career.

His career in medicine began as an emergency medicine technician, or EMT, and he diligently followed a path that includes physical therapy school, medical school, emergency medicine and a residency that allowed him to work with Life Flight, a helicopter program that enabled him to treat patients in the air prior to arrival at the emergency room.
‍

Dr. Polk served in the Air Force with crew members who prepared for potential disaster for space shuttle launches and landings. His passion for medicine and patient care merged with his passion for flight and space at his next position at NASA as chief of medical operations where he could work on NASA contributions to medicine.

He shared more about his career path, his views on healthcare and technology, and what he wished the world knew about his role, NASA contributions to medicine and the events that led him to help the Chilean government in 2010 rescue 33 miners trapped in a deep mine successfully.
‍

MTM: Where do you see health and medicine heading into the future? And what are one or two changes you would address and why?

JP: I think the one change that will occur is that we will be moving to an individualized medicine profile. Right now, we focus on population health. We focus our standards on cholesterol and hypertension, for example, and you hear numbers like 140 over 80—these are all based on population health.

What we realized at NASA is that individuals are very unique to the point where someone may be down in cholesterol in their arteries and someone else may be able to tolerate a higher blood pressure. You really have to individualize this. Genomics and assessing different risks for different diseases as well … these are the things that will change medicine drastically.
‍

MTM: Tell us what you see as some of the most technologically-advanced changes today to improve medicine. And any  NASA contributions to medicine.

JP: At NASA, we do telemedicine very well. In fact, when we met with our patients who are traveling 17,500 miles per hour, we have done telemedicine for some time, as we have been looking at things, such as changes in the back of the eye when traveling like this or doing research on the space station.

There is a higher fidelity for telemedicine in our discussions with the astronauts, looking at their retina in as close to real time as possible. This is one of the things that really developed over the last decade, in helping translate it down to the ground as well. Think about it.

A small village in Africa, and someone is looking at the back of person’s eye, and transmitting that image in almost real time to a large tertiary care center to get a second opinion on something they see. This changes the dynamic of medicine on a global reach—and it’s beyond global at NASA for expert care.
‍

MTM: What about the roles of doctors today—does telemedicine affect patient care?

JP: There is more connectivity with patients today as we experience a bounce back to those days, [similar to a country doctor knowing the names of every family member of a patient who came in for a visit]. Doctors are getting more information from their patients in personal portals and Web sites.

I think it has changed from a face-to-face relationship to more of a dynamic social relationship via electronics in person and through other means. I think it will come back to where folks get to know a particular subject or set of patients really, really well. Instead of the old country doctor, it is the doctor who has limited himself to a certain number of patients so [the doctor] can do a good job.
‍

MTM: What was the defining moment in your life that lead you to pursue medicine, space medicine, medical management and a focus on NASA contributions to medicine?

JP: Defining moment. I would say that I am the King of Serendipity. I started out as a basic EMT and then medic, working my way through college. Went on to physical therapy school, pre-med and then med school, and from medical school onto emergency medicine.

I just happened to get into a residency that had a helicopter program where I was part of saving lives, and then as an Air Force reservist taking care [of patients] in the helicopter or plane for about 70 percent of the time and the rest of my time I spent on the ground in the emergency room.

And I kept going from there. One of my missions was on Life Flight for the Air Force, caring for special launches and landings, and doing those missions with the helicopters I got to meet the NASA folks, and got introduced to the space business. From there, I became a contractor in Houston, and went back and forth to Russia, going up the ladder.
‍

MTM: Many employers are reaching for a panacea to help reduce healthcare costs and improve the bottom line. For example, a company in Silicon Valley reports they are having their employees fast from Sunday evening until Wednesday morning in order to improve productivity. With the preparation astronauts go through to improve human health and performance for long duration space flight, what could employers take away from this that could help them and their employees or what are any other NASA contributions to medicine that could help them?

JP: You know, the interesting part is that we found with astronauts, to keep them in shape and healthy, it took a common sense approach—a healthy diet, rigorous exercise, and strict attention to their health and welfare.

At NASA, we watch with interest, in the studies and elsewhere, and we are not a big fan of fads that go back and forth, whether one is fasting or one is doing this or that. What we found was a common sense approach, really good nutrition and exercise statistically bears out more than anything else.
‍

MTM: Much has been reported on the 2010 rescue of the Chilean miners, your leadership, and the crisis itself. What is it about that moment in time that you would like the world to know that did not make it to the public?

JP: One thing that I reflect of that event is that there are so many things we do at NASA that translate to the ground, to medicine and to healthcare that no one has any idea that NASA has a part of it. The true leadership came from Chilean leadership and government.

One thing that gave me a great deal of pride are things that we take for granted that we do in the space program. I think when the very last miner came up, I held my breath, and there were 34 if you include the rescuer, he was the last person up and I could breathe a sigh of relief. Just very happy that NASA allowed me to be part of that.
‍

MTM: Is there a particular philosophy or belief you hold that has helped you accomplish what you have so far in your life?

JP: Almost every challenge we have, whether we are going to Pluto tomorrow on a mission or otherwise, you are surrounded at NASA by a huge amount of really smart people. The mentality here is that nothing is impossible, you just have to find a way and the path to get there. That aligns with my personal philosophy.
‍

Learn more about NASA contributions to medicine at the World Medical Tourism & Global Healthcare Congress where Dr. Polk will give a keynote presentation.