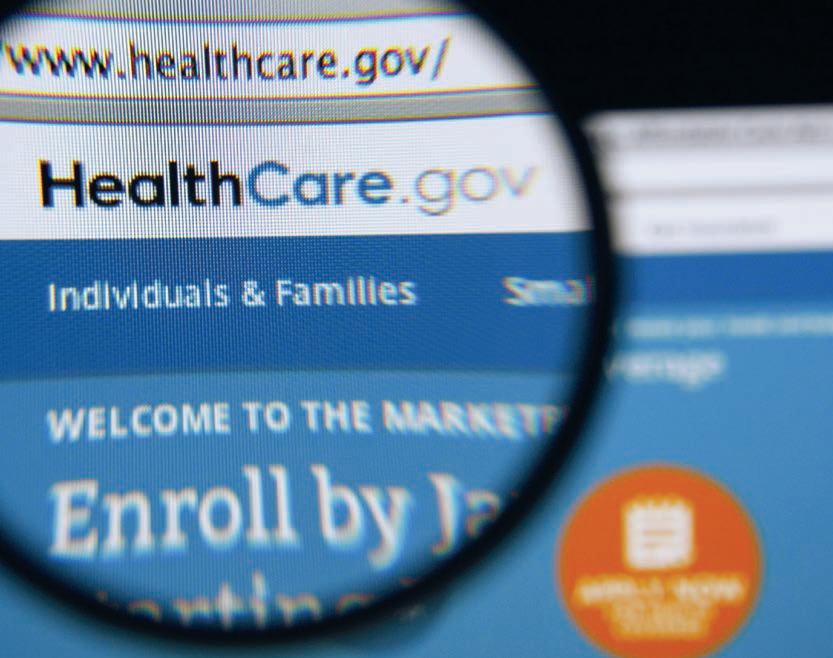 For their part, a growing number of Americans and the employers they work for are seeking creative ways to find inexpensive and first-rate healthcare. What they have located is not always available at their doorsteps, but rather several miles away.
‍

No matter how many healthcare consumers sign up for insurance on the Obamacare exchanges – 8 million, according to the latest Health and Human Services reports – patients are likely, at some point, to find that a doctor or local hospital they’d like to visit is not included in their coverage network. What legislation conceived as their economical right to healthcare will remain instead for them an unaffordable privilege.
‍

Even before the Department of Health and Human Services unleashed President Obama’s chief domestic policy initiative at the start of the year on a divided and wavering public, consumers and employers began looking to the left or to the right for answers to their healthcare dilemmas. Without viable solutions, forward thinking healthcare customers then turned to overseas alternatives that would buck a system that continued to leave them priced out of services in their own neighborhoods.
‍

Certainly, Obamacare has enabled some Americans to afford health insurance for the first time. That’s what the Affordable Care Act was supposed to do, after all. But, despite its fanfare, mandates and provisions – even those that prohibit insurers from denying coverage to those with preexisting conditions – finding fair-priced healthcare remains an unthinkable proposition for far too many, or at least to the 59 percent of Americans who revealed in a Gallup poll that they have had a negative experience with the exchange websites.
‍

The good news is that those who have made medical tourism more than an afterthought, but instead a reality are finding an innovative path to sound, inexpensive care that has left them healthy and happy.
‍

Joy Guion wasn’t dreaming when she boarded a flight to Costa Rica for weight-loss surgery. The native of North Carolina wasn’t accustomed to traveling overseas, let alone for medical care and certainly not to a sun-soaked destination where she would stay at a four-star hotel with a personal concierge and a local driver.
‍

Her employer, HSM, even sent Gary Harwell, a retired manager and former colleague who needed knee replacement surgery, along with her. Here’s the kicker: both employees didn’t have to pay a dime for their surgeries – not even travel expenses or post-op recovery. HSM, a self-funded employer of 2,500 U.S.-based employees, picked up the tab.
‍

What’s more, Tim Isenhower, director of benefits at HSM, says as an incentive for employees to get onboard with medical tourism, his company waives copays and deductibles, and covers travel expenses for both the employee and a companion. To employer members of the Medical Tourism Association® like HSM, the math makes perfect sense. In the United States, the same knee replacement would have cost more than $59,000. In Costa Rica, the procedure costs half that amount, at $23,531.
‍

In North Carolina, Guion’s gastric sleeve surgery would have cost about $30,000, but in Costa Rica, the procedure comes to $17,386. So, when the bandages came off, both Guion and Harwell received a bonus check for at least $2,500 from HSM, or up to 20 percent of the savings the company enjoyed in insurance costs — healthy and happy employees indeed.
‍

What’s the catch? There isn’t one. HSM saves money, about $10 million in healthcare costs in the past five years. Close to 250 of HSM’s employees have traveled abroad for medical tourism procedures, and Isenhower says more are scheduled to go.
‍

“They looked at us like we were monsters,” said Eisenhower, who first introduced the concept of sending employees to other areas of the world for medical care at a lower cost about six years ago.
‍

“I would have gone anyplace,” he said.
‍

Unemployed, but equipped with health insurance through his wife who works at Pacific Seafood, Dominguez didn’t have to travel very far, no more than a 1 ½-hour trip by car from his home in San Antonio to Arise Austin Medical Center, in Austin, Texas, where he was greeted with a preset price for a knee replacement procedure that boasted no out-of-pocket expenses.
‍

Arise Austin Medical Center is one of hundreds of hospitals that take advantage of bundled-payment arrangements with Pacific Seafood and large companies in the United States like Walmart and Lowe’s, which have contracted with very narrow “private” networks strategically located across the country that offer treatment to their employees who need a pre-planned surgery.
‍

Thomas Johnston, CEO of EmployerDirect Healthcare, which points large self-funded employers like Pacific Seafood to hospitals and health systems within a 30-60-mile radius, says bundled case rates reduce the cost of quality care, a benefit to the employer’s bottom line that can be passed down to employees – some of whom may not be able to travel great distances for a major procedure.
‍

EmployerDirect administers bundled case rates for planned medical procedures by pre-negotiating and consolidating all costs including fees for surgeons, anesthesiologists, all medical care up until a patient is discharged, and associated travel.

Because surgery costs can vary widely by provider and geographic location, employers who self-fund their health insurance plans, in particular, can get a better handle on their benefit offerings based on the number of employees they cover and the hospitals they have contracted with to bundle care costs.
‍

In Mexico, Kelly Jenkins said the procedure to repair her knee cost only $5,000, nearly a third of the price north of the border.

Through his coverage with EmployerDirect, Dominguez saved Pacific Seafood 41 percent of what the company would have paid through his health plan including all bundled medical and travel costs as well as the EmployerDirect fee.
‍

Johnston says companies like Pacific Seafood, which steer those employees and their eligible dependents who need the most specialized and costly care to a health system that provides proven outcomes, can expect in return 30-50 percent in savings and a reduction in total plan expenditures by 6-10 percent.
‍

“Because we’re a small specialty hospital, we can be like an aircraft carrier in the middle of the ocean,” said Cramer. “Without our patients, we don’t have anything. Bundled care arrangements are important to us. We get volume we wouldn’t ordinarily see — that’s why we can charge less.”
‍

At a time when many hospitals are struggling to fill beds and cutting jobs to soften a tough economy, healthcare providers are looking to extend their market shares – some, further than others.
‍

Employers, realizing they can reduce costs by 20 percent to 40 percent – more than enough to cover travel expenses – are catching on and persuading their employees to think twice about traveling to locations that may be no more than a five hour drive away.
‍

Since then, more than a million employees and family members have opted for coverage under a plan that enables the retail giant to fly them to six providers including the Cleveland Clinic, Virginia Mason Medical Center in Seattle and Scott & White Memorial Hospital in Temple, Texas, for heart, spine and transplant surgery.
‍

Travel for healthcare was not foreign to Kelly Jenkins, a medical tourism facilitator who matches patients in the United States with doctors and accommodations around the world. It’s her business.
‍

“It sounds nuts,” said Jenkins, a member of the Medical Tourism Association® who is home in the California where she is recovering following successful surgery in Puerto Vallarta, Mexico. “I wanted to experience what our clients experience when they go overseas for a medical procedure.”
‍

She got a taste of the cost-savings firsthand. Jenkins estimates the procedure to repair her knee would have cost $12,000- $14,000 in the United States. In Mexico, the procedure cost only $5,000, nearly a third of the price north of the border.
‍

For many Americans, the healthcare landscape has never been more difficult to navigate. Finding a doctor or one who takes new coverage is not enough. Patients who call in advance to check if a provider is enrolled in their network should not be surprised to learn their insurance coverage is not accepted when they arrive for an appointment. New sets of policies are prone to hiccups.
‍

The path to treatment, once a funnel, now seems like a maze to millions of Americans. However, healthcare has never been immune to confusion, but the idea to make medical tourism – both domestic and international – an integral part of employee coverage is making more sense to Americans — their employers and insurance companies alike.
‍

Renée-Marie Stephano is the President and Co-founder of the Medical Tourism Association® and editor-in-chief of Medical Tourism Magazine® and the Health and Wellness Destination Guide series of books. Ms. Stephano has authored several books from “Developing International Patient Centers, Best Practices in Facilitation,” to “Medical Tourism for Insurers and Employers,” and the most recent, “Engaging Wellness.”
‍

Ms. Stephano is a former attorney and specializes in working with governments and hospitals to develop sustainable medical tourism/international patient programs and strategies including the development of healthcare clusters, and international patient departments on long-term plans.

She has helped assess the feasibility and opportunities of international programs for both the United States and international hospitals, cities and countries to foster international expansion, clinical development and affiliations and partnerships. She also consults governments in the development of sustainable medical tourism zones and free healthcare zones.
‍

Ms. Stephano is a keynote speaker at international conferences and has spoken at hundreds of events and has been featured and mentioned in media publications around the world.
‍