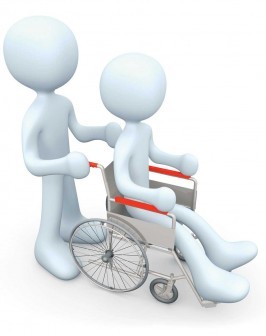 A total hip replacement is a surgical procedure whereby the diseased cartilage and bone of the hip joint is surgically replaced with artificial materials. The normal hip joint is a ball and socket joint, the socket being a “cup-shaped” bone of the pelvis called the acetabulum and the ball is the head of the thigh bone (femur). Total hip joint replacement involves surgical removal of the diseased ball and socket, and replacing them with a metal ball and stem inserted into the femur bone and an artificial plastic cup socket.

The metallic artificial ball and stem are referred to as the “prosthesis.”  Upon inserting the prosthesis into the central core of the femur, it is fixed with bone cement called methylmethacrylate.  Alternatively, a “cementless” prosthesis is used which has microscopic pores that allow bony ingrowth from the normal femur into the prosthetic stem. This “cementless” hip is felt to have a longer duration and is considered especially for younger patients.
‍

Who is a candidate for total hip replacement?

Other conditions leading to total hip replacement include fractures of the hip joint, rheumatoid arthritis, and death (aseptic necrosis) of the hip bone. Hip bone necrosis can be caused by fracture of the hip, drugs (such as alcohol or prednisone), diseases (such as SLE), and conditions such as kidney transplantation, where immunosuppressive drugs are given.
‍

The progressively intense chronic pain together with impairment of daily function including walking, climbing stairs and even arising from a sitting position, eventually become reasons to consider a total hip replacement. Because replaced hip joints can fail with time, whether and when to perform total hip replacement are not easy decisions, especially in younger patients.

Replacement is generally considered after pain becomes so severe that it impedes normal function despite use of anti-inflammatory and/or pain medications. A total hip joint replacement is an elective procedure, which means that it is an option selected among other alternatives like hip resurfacing. It is a decision which is made with an understanding of the potential risks and benefits.
‍

A thorough understanding of both the procedure and anticipated outcome is an important part of the decision-making process.  During total hip replacement, diseased hip cartilage and bone is replaced with artificial materials. Risks of the surgery include blood clots in the lower extremities, dislocation infection, fracture and prosthesis failure.
‍