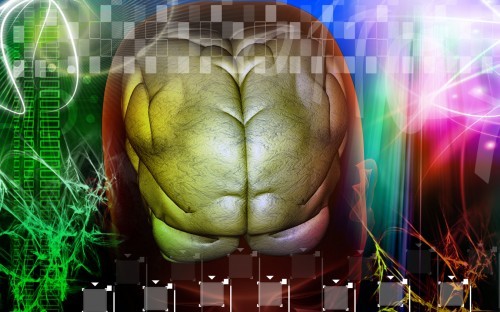 In recent years, brain tumor removal through smaller and less invasive techniques has become possible. These newer “keyhole” approaches can now be used to approach a majority of both benign and malignant brain tumors, including those that arise from the brain itself, from the coverings of the brain and skull base, from the pituitary gland and from metastatic brain tumors arising from cancers elsewhere in the body.

The increasing success of keyhole surgery over the last decade has been accelerated by technological advances in micro-instrumentation, surgical navigation (like GPS for the brain), and endoscopy providing a more panoramic view of the intracranial space.

The shift away from traditional large craniotomies has multiple advantages including less disruption of normal anatomy, including smaller incisions, less muscle manipulation, less bone removal and minimal or no brain retraction, all of which translate into a more rapid and less painful recovery with a lower risk of complications.

The endonasal route uses the nostril as its entry point. Using the operating microscope and endoscope, the approach passes through the back of the nasal cavity to the skull base without facial incisions, brain retraction or post-operative nasal packing. It allows direct access to the midline skull base, undersurface of the frontal lobes and brainstem, optic nerves, other cranial nerves and pituitary gland.

The endonasal route is used for removing pituitary adenomas and for many other brain and skull base tumors that arise in and around the pituitary gland including craniopharyngiomas, clival chordomas, Rathke’s cleft cysts and meningiomas.
‍

This approach is performed through an incision in the eyebrow and a small craniotomy (bony opening) above the eyebrow measuring approximately 2 x 3 cm. It differs from the traditional fronto-temporal craniotomies in that it requires minimal temporalis muscle dissection (the chewing muscle), involves much less bone removal and minimal to no brain retraction.  It is ideal for many meningiomas, some craniopharyngiomas and some frontal tumors such as gliomas and metastatic tumors.
‍

This approach is performed through an incision directly behind the ear and a bony opening that allows access to the posterior fossa which is an area of the cranium where the cerebellum (for balance and coordination), brainstem and many important nerves reside. This approach is ideal for many schwannomas (acoustic neuroma), meningiomas and tumors of the cerebellum.
‍

This approach is used for reaching tumors within the brain, typically below the brain surface. Using surgical navigation, a small incision is marked on the scalp and the underlying craniotomy usually is 2 to 3 cm in maximal diameter.

A trajectory through the brain is then chosen that avoids or minimizes damage to critical brain areas (speech, comprehension, reading, motor, sensory areas). This approach is used for removal of gliomas, metastatic brain tumors and tumors in the ventricles (fluid filled brain chambers).
‍

Keyhole craniotomies provide a minimally invasive approach for many intracranial tumors, typically yielding a rapid patient recovery and excellent cosmetic result compared to traditional larger craniotomies. However, these are technically demanding surgeries, require specialized instrumentation and are certainly not appropriate for all brain tumors.

Some brain tumors still require a large bony opening for safe and effective removal. Additionally, some tumors that could be removed by a “keyhole approach” can also be removed by a traditional approach with an excellent outcome.

Thus, it is important that the neurosurgeon performing a craniotomy for tumor removal select the best approach based upon his/her own judgment and clinical experience.
‍

Below is a list of common brain, skull base and pituitary tumors often treated by keyhole approaches. This list is by no means exhaustive. Most such tumors are diagnosed by MRI with and without contrast or with CT scans; MRI’s generally provide more information. Other diagnostic tests are often needed depending upon tumor type and location.
‍

These are locally invasive tumors that arise in the skull base typically which are typically slow-growing. However, a minority of chordomas behave aggressively like a malignancy. Symptoms may include headaches and double vision as well as visual loss, hearing loss and difficulty swallowing, in-coordination and motor weakness.

Initial treatment is with surgical removal and most can be approached by an endonasal route. However, some extensive and/or laterally placed chordomas may require different skull base approaches.

Because chordomas typically invade the bone and dura of the skull base, complete removal is often not possible and many chordomas also require treatment with focused radiotherapy (radiosurgery, stereotactic radiotherapy or proton beam radiation).
‍

These benign tumors arise along the undersurface of the brain near the pituitary gland and pituitary stalk. They occur most commonly in childhood, adolescence and later adult life. They often become adherent to brain structures and can cause a variety of symptoms depending upon their location including loss of pituitary hormonal function (low cortisol, low thyroid, growth failure, loss of sexual function and menstrual periods, diabetes insipidus, obesity), visual loss and headache.

Craniopharyngiomas may become quite large (over 4 cm). Initial treatment is surgical removal by the endonasal route or a supra-orbital or other craniotomy. Because of their tendency to be adherent to the optic chiasm, other nerves and important blood vessels, complete tumor removal may not be possible in up to 50% of patients.

Gliomas are the most common type of primary brain tumor. They can occur at any age and in any part of the brain. The 3 major types include astrocytomas, ependymomas and oligodendrogliomas. The most common glioma is the high grade glioblastoma multiforme which generally carries a poor prognosis.

Symptoms from a glioma are variable and depend on tumor location and size; common complaints include headache, seizures, confusion, weakness, numbness, incoordination and personality changes. Because gliomas are infiltrative into the brain, they typically cannot be removed completely.

Treatment may involve surgical debulking through a craniotomy, radiosurgery or whole brain radiation plus chemotherapy. In many instances, all 3 treatments are needed.
‍

Meningiomas are the most common benign brain tumor although up to 5% can be aggressive or malignant. The occur mostly in adults, are more common in women and arise from the brain coverings.

They are typically attached to the dura (outer layer of the meninges); common locations include the undersurface of the cranium, frontal fossa (under the frontal lobes), tuberculum sella (near the optic nerves), sphenoid wing (near the temporal lobes) and the posterior fossa (near the cerebellum).

Meningiomas may produce a variety of symptoms depending upon their location including visual loss, hearing loss, headaches, seizures, weakness, imbalance and personality changes. Symptomatic meningiomas are typically treated by surgical removal.

The approach depends upon tumor location and may include a craniotomy (convexity, temporal, supra-orbital or retrosigmoid) or an endonasal approach. Some meningiomas also require focused radiation treatment (radiosurgery).
‍

Symptoms depend upon tumor location and may include headache, seizures, weakness, numbness, incoordination, confusion and personality changes. Treatment for larger tumors may involve surgical removal through a keyhole craniotomy.

Smaller tumors (under 3 cm) can often be treated with radiosurgery, whole brain radiation and/or chemotherapy. In many patients, chemotherapy, radiation and surgery are all needed. Although the prognosis for patients with a metastatic brain tumor can be poor, treatments are continually improving and there are new therapies in development.
‍

Pituitary adenomas may cause problems because of hormonal excess (acromegaly, Cushing’s disease, prolactinoma), pituitary hormonal failure, vision loss, headaches and/or bleeding into the tumor (pituitary apoplexy). In addition to an MRI of the pituitary, detailed pituitary hormonal testing is also part of the initial evaluation.

Endonasal surgery is considered the first-line treatment for all pituitary adenomas except prolactinomas which can often be treated with medication (cabergoline or bromocriptine). Some patients with a pituitary adenoma also require focused radiation (radiosurgery) and/or hormonal replacement.
‍

These benign tumors arise from the nerve sheath (covering) of cranial nerves. The most common types arise from the 8th (vestibulo-cochlear nerve) or 5th cranial nerve (trigeminal nerve). Vestibular (acoustic) schwannomas cause hearing loss and tinnitus (ringing in the ear).

As they enlarge they can compress the brainstem, cerebellum and other cranial nerves, resulting incoordination, vertigo, facial numbness, facial weakness and difficulty swallowing. Trigeminal schwannomas are less common and can cause facial pain (trigeminal neuralgia), double vision and incoordination.

‍Dr. Kelly completed Neurosurgical Residency training at George Washington University Medical Center in 1993. He joined UCLA and Harbor-UCLA Medical Centers that same year and in 1998 became director of the UCLA Pituitary Tumor and Neuroendocrine Program. Before leaving UCLA in June 2007, he was Professor of Neurosurgery and Vice-Chief of Clinical Affairs for the Division of Neurosurgery and Co-Director of the UCLA Clinical Brain Injury Program.

As Director of the newly formed Brain Tumor Center at the John Wayne Cancer Institute and Saint John’s Health Center, Dr. Kelly will continue to focus his efforts on developing innovative treatments for patients with brain and pituitary tumors and providing fellowship training in minimally invasive intracranial surgery.  Dr. Kelly is the author or co-author of over 50 peer-reviewed publications and a dozen book chapters.

‍
The Brain Tumor Center at Saint John’s Health Center in Santa Monica, California provides comprehensive care and minimally invasive neurosurgery for patients with brain, skull base and pituitary tumors. With colleagues in Endocrinology, Oncology, Radiation-Oncology, Head & Neck Surgery, Neurology and Neuro-Ophthalmology, we provide a multidisciplinary approach to these complex problems. The Brain Tumor Center serves the Los Angeles region and beyond, treating many patients from out of California and from abroad. For additional information: www.brain-tumor.org.