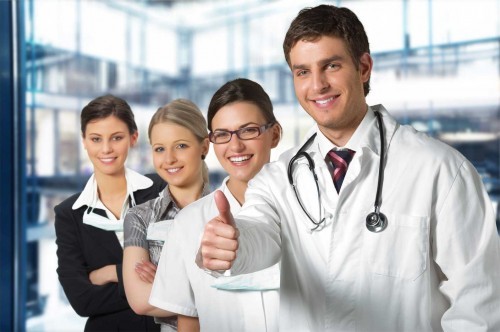 America’s health care services have proven too costly for many of its citizen. In fact, now that the U.S. has exceeded 45 million uninsureds; it’s a troubling statistic that is bound to continue to grow. And what happens to those uninsureds when they require needed health care? Today, many of them are headed overseas for quality health care at an affordable price. This trend is known as “medical tourism,” but it is not new. For years, wealthy foreigners have been coming to the U.S. in search of critical medical attention.

Today that trend has been reversed and finds U.S. citizens going offshore to locate the affordable health care services they require. Take the case of Greg Prosser of Indianapolis, IN. Greg is a 55 year old waiter who worked in a small, local restaurant that did not offer their employees any health care options. Several years ago, Greg began to notice pain in his hips. Unfortunately, the pain was not attributable to any on-the-job injury, but rather a degenerative joint disease known as “advanced osteoarthritis.” Over a period of months, the pain continued to grow and Greg began to get concerned.
‍

Initially, since he did not have even a family physician, he contacted the local county hospital. Greg explained the problem to the hospital and asked for help since the pain was quite sever by now and he had quite work. The pain was taking control of his life, “not so much while I was at work,” he says, “but rather when I came home and had to sit or lay down.” He points out that it always was worse at night, “Many nights I did not sleep at all.” However, follow-up phone calls to the hospital were never returned Greg points out. During this time, the pain continued to grow, “I had resigned myself to the fact I was going to die, if I did not get some attention quickly.”
‍

At this point, one of Greg’s friends told him about a TV program he had saw about a person who went to India for a similar problem. “At, first I said no way, this is America and I don’t have to go abroad for a surgical procedure.” But as the days past, Greg began to realize that the U.S. health system just didn’t care about him. He then began to surf the internet to see what options were available. His searching led him to Dr. Premhar Shah at the Medical Tourism Co. in the U.K.

At this point things began to happen pretty quickly, Medical Tourism put Greg in touch with Dr. Sanjeev Jain at the Hiranandani Hospital in Mumbai, India. As soon as Greg obtained a passport and visa, he was on a plane to Mumbai. “I choose Mumbai, because I want to be close to the ocean,” Greg points out. “All of the details were handled by the Medical Tourism Co.” Greg advises. “Once I got to India, I went directly from the airport to the hospital, and the surgery was performed on 08/25/06.”
‍

As it turned out, Greg was in pretty bad shape and required “hip resurfacing” on both hips. He says that the hospital staff were always very helpful and most spoke some English, as did Dr. Jain. Due to the severity of the surgery, Greg was required to stay for an extended time at the hospital. He was dismissed from the hospital on 09/20/06, some 27 days later. During his recovery at the hospital, Greg worked with a variety of therapists to regain some movement in his legs.

As one would expect the flight home was long and painful. Subsequent to his surgery, Greg said he has maintained contact with Dr. Jain by e-mail and continues to do the exercises that were recommended.
‍

Today, Greg is back to work as a waiter and working to regain full use of his hips and legs. He notes that things continue to improve daily. It’s the little things now that he notices, “like being able to cross my legs or tie my shoes where I see progress.” Greg also said he used to be a runner several years ago, and now, “I am looking forward to returning to running soon.”
‍

Obviously, one of the issues that is most important to those considering traveling abroad for surgery is the cost. While Greg is not sure what a similar cost in the U.S. would be, he estimates that it would be in the $75,000 to $100,000 range. “The whole deal to India including airfare was $15,000; and that includes surgery on both hips and 27 days in the hospital.” Of that amount, he says the airfare was around $1,100.

Obviously, this represents a significant savings over a surgery in the U.S. and as Greg notes, it was the difference between surgery and no surgery, and life as a cripple. Greg has some advice for those that are considering a surgery abroad. The first and one of the most important things is doing your research. With the amount of travel companies specializing in medical tourism now, “you really need to do your homework.”

But Greg says, “With the amount of information that is on the internet, you really can to check things out.” He noted that The Medical Tourism Company provided excellent, timely service. “I wish I could do more to promote them because they did such a great job.”
‍

In addition, Greg says that if possible; take someone with you when you get your surgery. All of the hospital staff were very helpful, but it was not like having someone you know help you. Do in large part to the length of time Greg had to spend in the hospital, it precluded having a friend or family member accompany him. While things went as expected, “it is still difficult to do this alone.”
‍

By and large Greg is quite happy about the experience. He notes that, “the doctors, nurses and other staff were all great.” Overall, he is pleased with the assistance from the Medical Tourism Co, as well as the hospital. “And it was not just that they did a good job, but all the people were glad to see you.” Today, after being home for over a year, Greg says, “if it had been even money, I would still go to India.”
‍

Michael J. Moody, MBA, ARM, is the Managing Director of Strategic Risk Financing, Inc. in Orlando, FL. Over his 20+ years experience he has assisted midsized corporate clients in developing strategies for combating the increasing cost of employee health care. He specializes in establishing self-insured health programs and can be reached at mmoody1222@yahoo.com