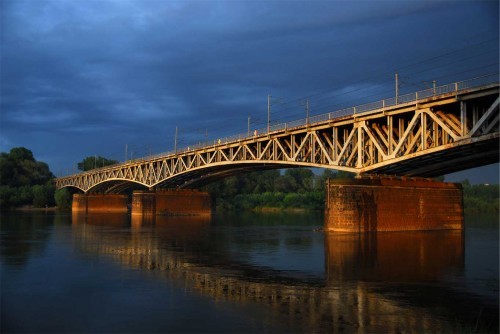 Poland, officially the Republic of Poland is a country in Central Europe with 38 million inhabitants and a total area of about 313 thousands sq km.  Poland is bordered by Germany, Czech Republic, Ukraine, Lithuania and the Russian exclave ~ Kaliningrad Oblast and its territory extends across several geographical regions. This location makes Poland a very attractive tourism desination with the Baltic seacoast, beautiful rivers, lakes, Bieszczady and Tatra Mountains.  Poland is also a member of the European Union, NATO and OECD.

Who are the Docs?

Becoming a medical doctor or dentist in Poland is a long and intense effort.  After obtaining an undergraduate degree, dental students must study five years at a medical university. The last two years students gain valuable first hand experience by working with patients and are supervised by experienced dentists or dental surgeons. Medical students have practical classes with patients starting from their 3rd year of study at a medical university which last six years.
‍

Upon graduation all medical doctors and dentists have a one-year internship after which they take The National Medical Exam to obtain a MD/Dentistry licence in Poland and register with the Polish Chamber of Physicians and Dentists. Membership is mandatory for all dentists and physicians who want to practice in Poland. This licence is also recognized in all of the European Union and other several countries.

After qualifying, dentists can specialize in areas such as pediatric dentistry, orthodontics and oral surgery, while medical doctors may apply for surgical or medical specialization (general surgery, orthopedics, general medicine, dermatology, ophtalmology, gyneacology, laryngology, etc.). Medical specialization takes another five years and is finished with an examination. Poland has recently introduced a compulsory post graduate education system similar to the Continuous Professional Development system in many European and US countries.
‍

Medical Tourism on the Rise

Poland is becoming more and more popular with patients from Western European countries mainly due to its location and the substantial cost savings without loosing quality. Medical tourism in Poland has been increasing over the past few years with the boom after Poland joined the European Union in 2004.  The majority of foreign patients are coming from Germany, United Kingdom, Sweden and other Scandinavian countries.

There is also a trend with Polish American immigrants to return to have medical procedures done while visiting their relatives, raising a much greater interest in Poland as a medical tourism destination among other US citizens.
‍

Most medical centers are located in the major cities and are easily accessible by plane, like Warsaw, Krakow, Gdansk, Szczecin and Wroclaw. Therefore, most patients are coming to the capital of Poland ~ Warsaw; the former capital of Krakow, which has been named a UNESCO Cultural World Heritage site; Szczecin and with increasing popularity among Scandinavians and Germans; Wroclaw with it’s beautiful architecture and Gdansk ~ the icon of Amber and Solidarity.
‍

The rise of the low budget flights has made Poland even more accessible. It takes a maximum of a two hour plane flight from any Western European airport to reach Poland. The country is now better linked to the west than any other ‘new European’ nation. The internet availability is also playing an important role by allowing people to thoroughly research their options.

It is easy to have a look at  any healthcare provider, medical facility or medical tourism portal in Poland and what is more helpful join a chat forum and message board and talk to people who have had medical procedures done abroad. It’s never been easier to listen to people or compare their experiences.
‍

Patients are attracted to Poland due to its uniqueness, low prices, state of the art equipment, the latest techniques and top quality materials.  Savings in excess of  70% can be made.  Polish surgeons, doctors and dentists perform all of the same procedures as their western counterparts. Medical tourism services are carried by private sector with very modern equiped clinics and medical centers.
‍

The Polish Foreign Investment Agency predicts that the number of West European patients coming to Poland for private health care may increase annually by 10-20%.  It seems that Poland is high on the list of EU newcomers and offers high quality and affordable medical services to foreigners.
‍

Lukasz Stawikowski, MD is owner of BestDoctors.pl a web portal that has been created to focus the market of medical tourism in Poland and to gather informaiton for the visitors.