New Research Could Have Helped Wake a Coma Patient

By
Daniel Pyne
at 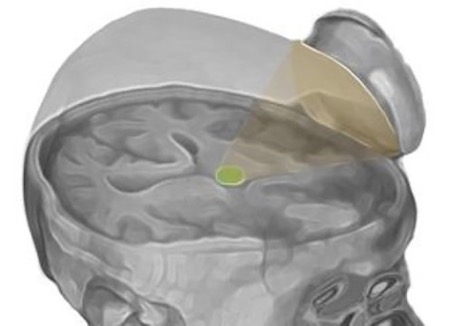 Late last month, a team of doctors and researchers lead by UCLA associate professor of psychology and neurosurgery Dr. Martin Monti, used a new device that emits ultrasounds to “wake” a coma patient.

The technique, called low-intensity focused ultrasound pulsation, was created by Alexander Bystritsky a UCLA professor of psychiatry and biobehavioral sciences in the Semel Institute for Neuroscience and Human Behavior and is also the co-author of the paper on the patient’s condition. The device itself is the size of a small saucer.
‍

Device that Could Have Helped “Wake” a Coma Patient

The device produces a small sphere of acoustic energy that is fired at different regions in the brain – in this case the thalamus, seen in the photo above – to excite brain tissue. For this study, researchers placed it next to the patient’s head and initiated it 10 times for 30 seconds over a 10-minute period.
‍

The patient, a 25-year-old man who, prior to the procedure, displayed only minimal signs of consciousness and cognition and could only perform small movements when asked.
‍

The day after the treatment his responses had “improved measurably”, according to Monti. Three days later, he could shake his head yes or no to communicate and bid farewell to one of his doctors with a fist-bump.
‍

“It’s almost as if we were jump-starting the neurons back into function,” said Monti. “Until now, the only way to achieve this was a risky surgical procedure known as deep brain stimulation, in which electrodes are implanted directly inside the thalamus. Our approach directly targets the thalamus but is noninvasive.”
‍

Ultimately, the team wants to create a portable version of the device to wake other individuals, but more research must be done before moving forward. One positive does not make a consensus.
‍

“It is possible that we were just very lucky and happened to have stimulated the patient just as he was spontaneously recovering,” Monti said.
‍