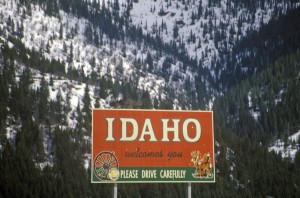 Almost 50,000 of them — Canadian healthcare consumers — sought medical tourism procedures abroad last year. Now, a neighbor to the south in the United States wants to make sure they enjoy their stay away from home.
‍

The welcome mat has fallen just across the border in Post Falls, Idaho, where The Coeur dé Alene Resort and Northwest Specialty Hospital have partnered to provide bundled pricing designed to lure both Canadian medical tourism patients and the family members who might accompany them to the Gem State.
‍

Bundled pricing places multiple products or services — in this case, healthcare and hotel rooms in a single package to sell for a lower price than would be charged if the items were sold separately.
‍

The pricing is offered to anyone, but Vaughn Ward, the hospital's former CEO who initiated the program, said Canadian patients are the target. And for good reason: the U.S. Department of Commerce predicts medical tourism to the United States will increase by some 34 percent in the next few years. That, coupled with reported wait times for doctors of up to 6 months for Canadians who are at the mercy of a socialized national health insurance system, makes perfect sense.
‍

If you're suffering from obesity and your life is in jeopardy, you may not have time to wait for six months, Ward told the Idaho Statesman. We're giving Canadians the ability to move to the proverbial front of the line to access our outstanding healthcare.
‍

Canadians don't necessarily have a corner on the wait time market. A Commonwealth Fund study found that 26 percent of 2,002 American adults surveyed said they waited six days or more for appointments. Canada was only slightly higher 33 percent — just above Norway — 28 percent but much worse than in other countries with national health systems including the Netherlands (14 percent) and United Kingdom (16 percent).
‍

There's more. The study also reported that 41 percent of Canadian patients, in 2010, waited for two or more months to see a specialist. And when the diagnosis called for elective surgery, a market in which The Coeur d' Alene alliance plans to tap, 25 percent of Canadians waited for four months or more.
‍

Wait times can be more than a simple inconvenience, said Jonathan Edelheit, CEO of the Medical Tourism Association, who invited hospitality interests, healthcare providers, and lawmakers to the 7th World Medical Tourism & Global Healthcare Congress, Sept. 20-24, 2014, in Washington, D.C. It's important to recognize that patients forced to wait for surgery not only lavish in pain, but can be an economic burden on employers as well because they either can't make it to work or can't make the most of their hours on the job.
‍

Darron Rock, the marketing director at Northwest Specialty Hospital, said the total bundled price for knee replacement surgery including a five-night stay at the resort would cost $22,500, some $10,000 less than advertised prices for bundled packages at area competitors.
‍

Medical tourism is becoming an economic catalyst for regions throughout the United States, said Edelheit, who noted that the 7th World Medical Tourism and Global Healthcare Congress will include an educational panel discussion aimed at U.S. markets looking to invest in overseas patients. Competition is brisk for strategic alliances that do more than keep people healthy they bring money into the community and create jobs.
‍

Bill Reagan, The Coeur d’Alene Resort general manager, said the hospital got the ball rolling on the medical tourism package and resort administrators were happy to jump on board. The program, he believes, will not only help tourism, but also economic development in North Idaho.
‍

“When people are here for a surgery, they often have time to mingle with residents and see the wonderful place we live,” said Reagan. “We see people move here because of that.”
‍

Tourism is already a big business in Idaho, where the state's 2 percent bed tax hit a record $8 million this fiscal year ending June 30, up 8.13 percent from fiscal year 2013, said Diane Norton, tourism manager for the Idaho Department of Commerce.
‍

National Parks are celebrating as well, said Norton, who reported that Idaho took in $29.4 million in spending from visitors to parks and monuments.