Obamacare: Good for America; not Good for Congress? 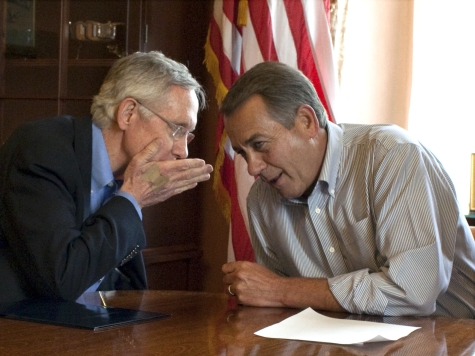 President Barack Obama's legislative attempt at overhauling the nation's healthcare system may be beyond repair. Take it from the people who would know best.

Congressional leaders in both parties are engaged in high-level, confidential talks aimed at exempting lawmakers and their Capital Hill aides from the insurance exchanges that will be mandated when the Affordable Care Act is fully implemented at the start of the year, according to politico.com, a Washington, D.C. nonpartisan news organization.
‍

The talks, which involve Senate Majority Leader Harry Reid (D-Nev.), House Speaker John Boehner (R-Ohio), the Obama administration and other top lawmakers, are extraordinarily sensitive. Both sides recognize the potential for political fallout from giving carve-outs from the highly controversial law to 535 lawmakers and thousands of their aides, politico.com reports.
‍

Sources tell politico.com discussions have stretched out for months. Yet, if Capitol Hill leaders move forward with the plan, they risk being dubbed hypocrites by their political rivals and the American public. By removing themselves from a key Obamacare component, lawmakers and aides would be held to a different standard than the people who put them in office.
‍

Democrats, in particular, would take a public hammering as the traditional boosters of Obamacare. Republicans would undoubtedly attempt to shred them over any attempt to escape coverage by it, unless Boehner and Senate Minority Leader Mitch McConnell (R-Ky.) give Democrats cover by backing it.
‍

It is a crazy world when both Republicans and Democrats are thinking about retiring so that they can keep their current health benefits, said Jonathan Edelheit, president of the Healthcare Reform Center & Policy Institute. Congress doesn't want to be forced into the exchanges like anyone else. Instead, they want a new ruling to rescue them.

If this does not signal that the law needs more work, then what does? Congress should not get special benefits and lower costs at the expense of the typical American, who, in all likelihood, will pay more for healthcare coverage under the new legislation.
‍

Beyond the steps of Congress, some entrepreneurial Americans without adequate health insurance or the ability to change laws once they are passed have been giving medical tourism opportunities a second thought at increasing rates, particularly in light of the new U.S. healthcare reform provisions.
‍

Obamacare is expected to hit employers hardest, many of whom will find themselves inadvertently miscalculating who in their workforce is eligible and who's not. At the very least, business owners will face the added expense of actually buying insurance for employees, enriching the benefits that are already offered, or paying penalties for declining to provide coverage at all under the new law.
‍

Some experts also predict Obamacare will bring about a doctor shortage and extend already long waits for hospital procedures in the United States. All this bodes well for medical tourism, where patients can often find inexpensive and timely care beyond the borders of their neighborhoods without having to compromise quality.

If insurance companies extend coverage to include international bills, of which some leading providers have indicated they are willing to do so, medical tourism will offer a sound alternative for Americans and, quite possibly, members of Congress who are anxious themselves about risks related to the law.
‍

In some congressional quarters, Politico.com reports growing concern that the provision requiring lawmakers and staffers to join the exchanges, if it isn't revised, could lead to a brain drain on Capitol Hill.
‍

The problem stems from whether members and aides set to enter the exchanges would have their health insurance premiums subsidized by their self-funding employer in this case, the federal government. If not, aides and lawmakers in both parties fear that staffers especially low-paid junior aides could be hit with thousands of dollars in new healthcare costs, prompting them to seek jobs elsewhere. Older, more senior staffers could also retire or jump to the private sector rather than face a huge financial penalty.
‍

Plus, lawmakers especially those with long careers in public service and smaller bank accounts are also concerned about the hit to their own wallets.
‍

Several proposals have been submitted to the Office of Personnel Management, which will administer the benefits. One proposal exempts lawmakers and aides; the other exempts aides alone.