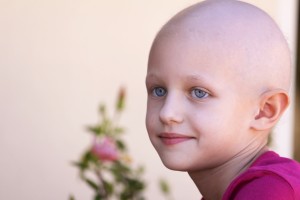 Obamacare may be anything, but affordable to those cancer patients relieved that they can finally get coverage under the new healthcare reform legislature.

In fact, doctors, administrators and state insurance regulators fear that rules implemented under the Affordable Care Act may actually cost these Americans access to some of the nation's best cancer care hospitals.
‍

Healthcare consumers who purchased insurance plans through the online marketplaces hope they are dead wrong. But, according to an Associated Press survey, only four of 19 nationally recognized comprehensive cancer centers said that patients have access through all the insurance companies in their state's exchanges.
‍

Seattle Cancer Care Alliance is excluded by five out of eight insurers in Washington’s insurance exchange. MD Anderson Cancer Center says it’s in less than half of the plans in the Houston area. Memorial Sloan-Ketteringis included by two of nine insurers in New York City and has out-of-network agreements with two more.
‍

Sharon Gabayan, vice president of Beverly Hills Cancer Center, a Los Angeles-based facility and member of the Medical Tourism Association, said patients battling cancer will have more difficulty finding the care and treatment they need, when the need it.

With the incidence of cancer continuing to rise, some large tertiary centers in the country will not be able to treat patients who need their services, she said. Some smaller and more efficient comprehensive facilities will have to step in and bridge this gap.

Yet, they will likely be overwhelmed with demand, leading to a delay in care for the overall population, which is quite unfortunate, especially for people with life-threatening diseases such as cancer.

Patients who may not be able get the most advanced treatment including clinical trials of new medications are also having difficulty determining which top-level institutions are included in a plan.
‍

“The challenges of this are going to become evident … as cancer cases start to arrive,” Norman Hubbard, executive vice president of Seattle Cancer Care Alliance, told the Associated Press.

Before President Barack Obama’s healthcare law, a cancer diagnosis could identify a patient as uninsurable. Now, insurers can’t turn away people with health problems or charge them more. Lifetime dollar limits on policies, once a financial trap-door for cancer patients, are also banned. The new obstacles are more subtle.
‍

To keep premiums low, insurers have designed narrow networks of hospitals and doctors. The government-subsidized private plans on the exchanges typically offer less choice than Medicare or employer plans. By not including a top cancer center, an insurer can cut costs.
‍

Larry Keller is among the millions of Americans who believed he had a better chance of beating cancer after purchasing an insurance plan through the online marketplaces established under the Affordable Care Act.
‍

His Humana Gold plan saves him about $200 a month than what he previously paid for in insurance premiums and covers far more than his last policy, a catastrophic arrangement that didn't insure preventative services and required him to spend thousands for his medical care.

But, the new policy carries with it a catch: His surgical oncologist at University of Cincinnati's Barrett Cancer Center isn't considered an in-network provider. That means he could be on the hook for costly-out-of-network charges. And, unlike in-network benefits, bans on lifetime benefit caps and annual limitations on cost-sharing established through Obamacare don�t apply to out-of-network costs.
‍

It was very deceiving going to the marketplace, Keller told the Cincinnati Enquirer. I absolutely thought UC would be included. It's unfathomable to me that they aren't in-network.

Although he couldn't find his UC Health oncologist, Keller said he went forward with the Humana plan after being reassured by his physicians that his care would be covered. Just two days before a major surgery to remove three cancerous tumors from his liver, Keller received a letter in the mail from Humana that told him the procedure wasn't covered because he had chosen an out-of-network provider.
‍

Keller spent the next two days working to get the surgery approved, before Humana agreed to the procedure.

Cancer network members are leading hospitals that combine the latest clinical research and knowledge with a multidisciplinary approach to patient care. They say that patients in their care have better-than-average survival rates. The unique role of cancer
centers is recognized under Medicare. Several are exempt from its hospital payment system, instituted to control costs.
‍

Anthem Blue Cross and Blue Shield officials said its network was based on research involving thousands of consumers and businesses.
‍

“What we learned was that people are willing to make trade-offs in order to have access to affordable health care,” the company said. “Our provider networks reflect this.”
‍

The Obama administration says it has notified insurers that their networks will get closer scrutiny for next year in the 36 states served by the federal exchange. Cancer care will be a priority, it says.
‍

Renée-Marie Stephano, president of the Medical Tourism Association, says cancer patients are willing to travel if it's going to save their life.
‍

Some people have limited geographic access to an oncologist and treatment facilities, she said. Others choose to travel either domestically or internationally — and consult with a specialist to seek another opinion on a diagnosis or proposed treatment regimen.

She said other patients may want to explore or undergo a treatment that isn't widely available, such as radioactive iodine or proton beam therapy. For that reason, Stephano said it is commonplace for American patients to seek affordable medical tourism opportunities at internationally recognized cancer centers overseas or for foreigners to visit the United States for treatment that is not readily available in their home countries.
‍

The University of Florida Proton Therapy Institute, in Jacksonville, Fla., treats 4,500 patients since opening in August 2006. About 60 percent of those patients live at least 60 miles from Jacksonville.
‍

James Johnson, a 3-year-old from Newcastle, England, lives across an ocean. He and his father and mother, Stephen and Gilliam Johnson, and his 6-year-old brother, Ethan, have been on an extended stay in Jacksonville, where James is undergoing cancer treatment.
‍

The English National Health Service referred the family to the Florida Proton Therapy Institute for treatment. In the two weeks that the family has spent in Florida, James has enjoyed quite a bit of sightseeing, traveling to the nearby St. Augustine Alligator Farm and to Disney World, in Orlando.