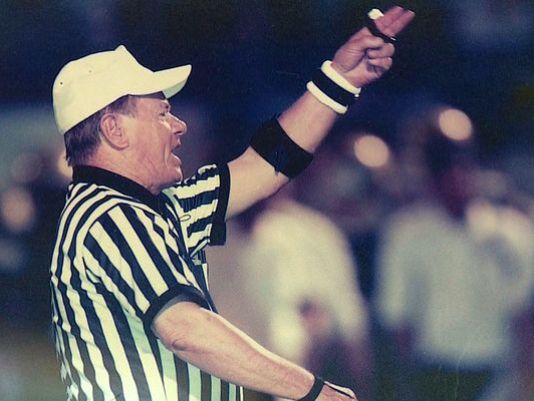 Time was running out, and nobody realized it was more than Jim Ely, who has watched his share of seconds tick away at some of the biggest football games in the United States. The 83-year-old and current National Football League clock operator at Dallas Cowboys home games needed a kidney transplant.
‍

As luck would have it, Ely got the game-changer he needed.
‍

And barely one month after doctors at UT-Southwestern Medical Center transplanted his kidney, Ely hasn't missed a beat. Not only that, on Monday, when Oregon and Ohio State meet for the 2015 college football national championship, at AT&T Stadium, in Arlington, Texas, Ely will be back operating the game clock.
‍

Rarely does the clock stop for Americans like Ely who are above the age of 65 and in need of an organ transplant. Hospitals aren't in the business of performing a risky surgery on a patient who is not expected to life that much longer, with or without a transplant.
‍

It's not an easy thing, Dr. Miguel Vazquez, professor of internal medicine and medical director of kidney transplantation at UT-Southwestern, told WFAA. They have a major surgical procedure; the medication burden; just coming to the clinic so often to be checked it's three times a week at first. All that can be challenging for individuals.
‍

Ely had been turned down by a half-dozen hospitals before his good health and fortune and his unwavering motivation to do whatever was required helped convince UT-Southwest Medical Center otherwise.
‍

You're never too old to get a transplant, if you're in good condition, said Ely, who had been on dialysis three times a week for the last three years since kidney failure sidelined him as a referee almost a decade ago.
‍

Ely is one less now on a list of approximately 120,000 Americans waiting for organ transplants, 100,000 of whom are in need of kidneys, according to the National Kidney Foundation. Another 300,000 are on dialysis, many of whom — like Ely has could benefit from a transplant, but are either too sick or old to qualify. An aging population, a growing number of terminally ill patients, a rise in donor awareness and improving confidence in transplantation procedures supported by better outcomes is expected to drive those numbers even higher.
‍

Organ transplants have become the preferred treatment for chronic diseases like kidney failure and heart, lung, pancreas and liver conditions. The United Network of Organ Sharing, a private nonprofit organization, reports that transplantation has saved and enhanced the lives of more than 600,000 Americans.
‍

But, despite public awareness campaigns and innovative approaches such as kidney paired donation, medical officials have been slow to keep up with the increasing demand. As a result, about 6,500 Americans will die waiting for an organ transplant, said Thomas A. Firey, a senior fellow of the Maryland Public Policy Institute.
‍

There is clearly a shortage of donor organs it's a universal problem, said Renée-Marie Stephano, President of the Medical Tourism Association. Organ transplants have become such a staple of modern medicine routines that far more patients think of procedures to acquire a new heart, lung or kidney than they have before. Sadly, enough strategies have not been deployed on an international level to help the far too many people who need organ transplants.
‍

That doesn't mean steps are not in the works. Some countries have opt-out systems in which citizens are presumed donors unless
they formally choose not to relinquish their organs when they die. Still other countries including Israel offer incentives, such as
payment for living kidney donations or preferred treatment if they ever need to become a transplant recipient. Proponents of these
efforts believe such a law encourages people to sign donor cards beyond selfless concern.
‍

A shortage of donors has given rise to both life-saving medical tourism procedures overseas and the illegal trafficking of human organs for transplant.
‍

And in the United States, potential donors can register either online or through their local motor vehicle directories. According to the National Foundation for Transplants, this system accounts for only about 26 donors per million people. Yet, a U.S. Department of Health survey conducted in 2012 found that more than 59 percent of Americans who had not granted permission for organ donation were open to the idea.
‍

Given the shortage of available organs in the Unites States — every 10 minutes another name is added to the transplant waiting list — some Americans have turned to medical tourism overseas — to destinations in Latin America and Asia — where organ transplant procedures are widely practiced. According to the World Health Organization, kidney transplants are carried out in 91 countries, but not all procedures are carried out legally.
‍

Stephano said the desperation these patients sometimes face has given rise to human trafficking, in which an alarming number of organs are bought and sold on the black market in countries, such as China, India and Pakistan.
‍

Organ donations have proven to save lives and potentially improve the health of patients suffering from chronic disease, said Stephano. But, patient access to organs will vary depending on a number of factors including cost and, most importantly, availability. When demand exceeds supply, individuals with financial issues, unfortunately, may view black market organ sales as a win-win proposition.
‍

And that invitation is not foreign within the United States, where knowingly acquiring, receiving or transferring any human organ for human transplantation in exchange for money or consideration is against the law and can be punishable with prison time, a $50,000 fine, or both. But, despite the potential penalties, hundreds of Americans some faced with financial problems are willing to sell one of their two kidneys to the highest bidder.
‍

I did some research and there's no difference between having one and two, Michael Nelson, a Chicago resident who posted his kidney for sale on Craigslist.com in exchange for $30,000, told NBC Chicago. There tends to be no adverse side effects Three weeks of lying around, that's not bad. Not a big deal.
‍

A month after undergoing kidney transplant surgery, Jim Ely will be operating the time clock at the 2015 college football national championship game.
‍

Doctors say that's debatable. Organs can set back a donor anywhere from $5,000-$20,000, and that doesn't include the potential  typically six weeks — for time away from work. Plus, until the Affordable Care Act, not all organ donors could afford aftercare because their insurers designated them with preexisting condition, despite evidence that has shown these people can lead healthy lives following a procedure.
‍

Organ transplants have become big business, and that potential no longer is unique to the black market. Dozens of hospitals in the United States have also become players, catering to well-off foreigners who are able to pay cash not only upfront for a room, but for an entire floor.
‍

Although Donation after Circulatory Death is universally controversial — in some parts, more than others these patients represent an untapped organ reserve. But even if every American donated an organ at death, the New England Journal of Medicine found that few could make enough of a difference. Most of these soon-to-be dead are, either, too sick, too injured, or too far from a hospital when they die.
‍

Jim Ely doesn't plan on dying anytime soon, not when a new kidney has reset his own clock on life, not when an organ transplant has enabled him to play a role on the biggest stage in college football this weekend.
‍

I plan to continue working as long as I stay healthy, said Ely, considered one of the best in the business, at managing a clock, where wins-and-losses are measured in touchdown and not heart beats. I'll take it a year at a time.