Plastic surgery to change not only appearance but voice 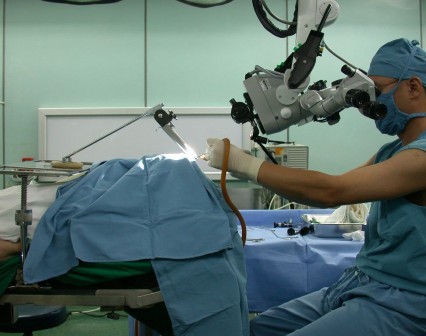 Aside from its basic function to communicate, voice determines one’s image, characteristics, and even one’s profession. The most important requirement for careers as voice actors or telecommunicators is a beautiful voice. At a job interview or various kinds of meetings, a bad voice can greatly ruin your image, taking away your opportunity. In addition, voice is a crucial factor for making an appearance and impression.
‍
With an increasing interest in voice compared to the past, there have been more people who are willing to change their voice. People from different social and professional backgrounds choose voice surgery to enhance competitiveness. Voice surgery can resolve voice problems such as transsexual, rough, hoarse, trembling voice, and changed voice due to aging
‍

‍
The human voice is created when both sides of the vocal folds make a vibration. When the vocal folds are immobile or disturbed by a bump on either of them, our voice becomes rough and hoarse.

‍
Vocal cords are also a part of human body. As the muscles in our body get feeble with age, vocal cords become weak and our voice also ages. You should suspect an “aging voice” if you often experience choking while eating or your voice is characterized by reedy roughness and weak voice.

‍
Today, with phonoplastic surgery, aging voice can be treated to sound young, and rough voice can be cleared. If your vocal folds have been changed because of a bump or hardened flesh on the vocal folds, these can be removed through surgery. In case the vocal folds do not make a vibration owing to their immobility, injection with a bulking substance is required. It is the same case with the aging voice resulting from weakened muscle in vocal folds. Bulging the vocal cord can make its vibration easier and change the hoarse and rough voice to clear voice.
‍

Dr. Koon Ho Rha is a surgeon at Severance Hospital and Associate Professor of urology at the Yonsei University College of Medicine in Seoul, South Korea. Upon completing his M.D. at Yonsei, Dr. Rha completed training in robotic and minimally invasive laparoscopic surgery at Johns Hopkins as an Engineering and Urology Endowed Fellow.

He is skilled in advanced, complex laparoscopic surgical techniques including both retroperitoneal and transperitoneal methods and has extended his specialty to robotic surgery. He currently serves on the board of numerous international minimally invasive and robotic professional groups including the World Minimally Invasive Robotic Association (MIRA), Society of Urologic Robotic Surgery (SURS) and Engineering and Urology (E&U). He is also associate editor of the Journal of Robotic Surgery.