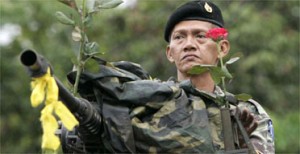 Even though most of Thailand has been calm and little if any military presence has been seen on the streets of Bangkok, the second coup in eight years and the 12th since the end of the absolute monarchy is likely to deal another blow to the once-thriving crowned prince of the medical tourism industry.

Civil disorder can quite naturally be a deterrent for anyone considering a trip abroad let alone a medical procedure, said Renée-Marie Stephano, President of the Medical Tourism Association who is in Taiwan where she is finalizing arrangements for World Medical Tourism Congress Taiwan 2014, a joint venture with the MTA, Global Benefits Association and Taiwan External Trade Development Council, June 26-27, at the Taipei International Convention Center. Safety is always of paramount concern not only on the operating table, but also related to travel about town.

Famous for pristine beaches that beckon scuba divers, ancient Buddhist temples and a mecca for backpackers, tourism accounts for as much as 10 percent of Thailand's gross domestic product or $35 billion annually enough to keep hotels and shopping malls open and busy and Southeast Asia's second-largest economy burgeoning.

But in Bangkok, Thailand's picturesque and bustling capital crowned last year by the Global Destination Cities Index as the most popular tourist destination in the world, city streets long romanticized by visitors for their chaos have been filled instead with protesters defying the military's ban on large gatherings.

Stephano said inquires about travel to Thailand for medical procedures had fallen off about 20 percent in the aftermath of six months of political deadlock, protest and violence leading up to the coup.
‍

Many procedures and treatments because they are elective are made months in advance, she said. So, the immediate effects on medical travel to a specific destination are minimal unless of course the government has set restrictions to that particular country and patients begin to postpone trips.

However, any prolonged crisis will certainly make international patients rethink a trip to Thailand and consider other destinations until the situation clears.
‍

About 26.7 million visitors arrived in Thailand last year, an increase from the previous year, the Department of Export Promotion reported. About 2.5 million of those travelers came for medical reasons.

Billed as a top destination for healthcare services ranging from Thai massage and herbs to treatments at internationally accredited hospitals, Thailand earned $4.31 billion in revenue from medical tourism in 2013, after averaging 15 percent increases a year across the past decade. That figure is clearly in danger following a 15 percent drop in arrivals at Bangkok's international airport during the first quarter.

Political instability is a way of life in Bangkok, where 18 coups have been attempted since Thailand's constitutional monarch ended in 1932.

Bumrungrad Hospital in Bangkok, which competes against Singapore for medical tourism seekers particularly those from the Middle East and Europe — said international patient activity had fallen 12 percent in the first quarter of this year.
‍

News of violence that leads to adverse travel advisories or perceptions of personal safety risks can cause some medical tourists to postpone their trips for treatments, hoping that conditions will soon improve, said Kenneth Mays, senior director at Bumrungrad.

Although travel to Thailand's beaches and islands was holding up before the coup as, indeed, it did after the army last seized power in 2006 the Department of Tourism said the overall number of visitors still dropped 4.9 percent in the first four months of the year.
‍

Days before the military stepped in, the Tourism Authority of Thailand cut its forecast for foreign arrivals this year to 26.3 million, which would be a five-year low, from 28 million.
‍

Political instability 18 coup attempts since Thailand's constitutional monarch ended in 1932 — has thus far failed to put a crippling dent in the country's tourism industry. But, analysts worry that the latest crisis could escalate, in part, because Thailand's ailing, 86-year-old monarch is unable to step in as he has done in the past.
‍

Today, that's not possible. King Bhumibol Adulvadei spends most of his time in a hospital.