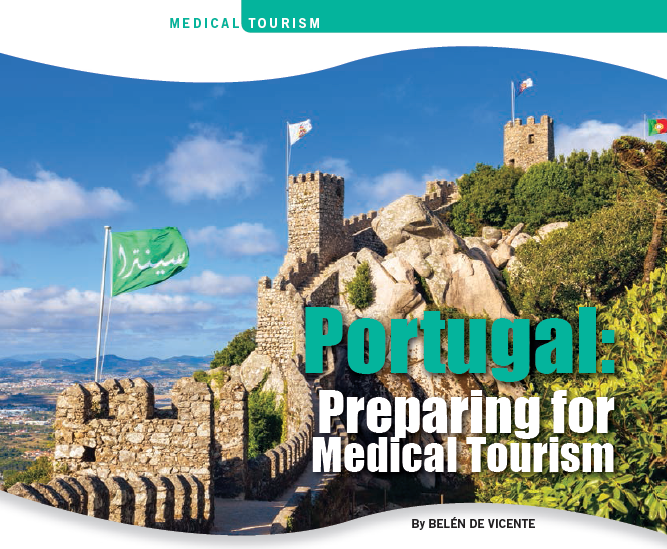 A new reality is emerging in the medical tourism industry. Portugal is taking advantage of something around for centuries – its privileged location in the old world, and beach, rural and city offerings only minutes away from each other – and communicating its resources and capacities in healthcare and positioning itself as a strong player in medical tourism.

The combination of a long tradition of high-quality touristic offerings with state-of-the-art private medical infrastructures, available 24/7 with spotless facilities and private rooms, as well as highly qualified patient oriented medical teams fluent in different languages, are the basic ingredients for the creation and development of a medical tourism cluster in Portugal.
‍

According to the Portugal Health System Review 2011 report, from the European Observatory of Health Systems and Policies:
‍

All residents in Portugal have access to healthcare provided by the National Health Service (NHS), financed mainly through taxation. Approximately one-fifth to a quarter of the population enjoys a second (or more) layer of health insurance coverage through health subsystems and voluntary health insurance.

Healthcare delivery is based on both public and private providers. Public provision is predominant in primary care and hospital care, with a gate keeping system in place for the former. Pharmaceutical products, diagnostic technologies and private practice by physicians constitute the bulk of private healthcare provisions.
‍

In recent decades many measures have been adopted to improve the performance of NHS including public–private partnerships (PPPs) for new hospitals, a change in public hospital management structures, reorganization of primary care and the creation of long-term care networks.”
‍

and neonatal mortality rates, reinforcing the quality of the Portuguese Healthcare system (see Table 1). As an example, the mortality rate has declined more than 0.8 percentage points since 1975. This trend reflects both an improved access to an expanding healthcare network and a continuous political commitment, and leads to improved living standards and increasing investment in healthcare. All NHS hospitals are in the public sector, reporting to the Ministry of Health. Private sector hospitals, where three major groups have 80 percent of the market share, operate under their own management policies.
‍

Additionally, Portugal has around four physicians/1000 inhabitants — a value well above the European average — trained by demanding medical schools, where only top students are admitted. The evolution of healthcare personnel in Portugal is reflected in Table:
‍

Furthermore, in Portugal 30 percent of the population is fluent in English, 20 percent in French and 10 percent in Spanish. These percentages are considerably higher in the services sector and especially in the healthcare sector, where the medical bibliography is mainly accessible in English and French.
‍

In line with Portuguese hospitality, medical teams give the personal and humane care patients need. They have the vocation and make the time for it. The quality and knowledge of the medicine in Portugal is not very disseminated.

Besides analyzing major trends on health indicators in Portugal, another curious marker of the country’s performance are blogs, in which foreigners living in Portugal share their experiences. The blog of a British citizen living in Portugal (livinginthesun.info) states that “by conducting adequate research and ensuring that you have gone through the correct processes, you can be sure that you will receive the same high quality healthcare that you are used to getting in the UK. The Portuguese health system is very efficient and has an extremely good reputation for standards of care, so you will certainly not be jeopardizing your health by moving here!”

Portuguese government made medical tourism a top priority. Establishing a multi-sectorial task force, working alongside the health and economy ministries as well as the private sector, the government is building the main channels and rules for the medical tourism industry, focusing on differentiated treatments in which assisted reproductive technology, rehabilitation, ophthalmology and orthopedics are just some prioritized areas.
‍

The private sector, however, has long been preparing for this, creating the conditions and partnerships for medical tourism to happen in full. International patient services in top private hospitals have been established, focused primarily on providing attention to all details of the clinical process and making sure the experience is smooth and trouble-free, and also enabling communication support and insurance liaison for foreign clients.
‍

Healthcare facilities in Portugal have also started to adopt international accreditations, such as Joint Commission International among others, to further reassure foreign clients they will comply with the highest standards available. There are currently eight Portuguese hospitals accredited by JCI and several others with an accreditation process in progress.
‍

Portugal has a long tradition of tourism prizes and awards. The most recent include:

When it comes to medical tourism decisions, clients want, first of all, to be sure about the quality of the healthcare provider’s infrastructures and teams. But there is much more.
‍

In Portugal, patients are having medical treatments in one of the safest countries in the world – 18th out of 162 in the Global Peace Index 2013 of the Institute of Economics & Peace – while hosted by highly professional medical teams that hold the warm and humane touch that characterizes Portuguese nature.

And shortly after, one can choose to golf, go to the beach, take exquisite river cruises, or go on a shopping spree in one of the safest and language-savvy countries in the world. All together, this configures a safe and very attractive ecosystem for medical tourism in Europe.
‍

Portugal is facing a big challenge in terms of communication of its key competitive advantages in the medical tourism sector. Most tend to associate each country and its population to a specific set of competences and behaviors.

For most countries, Portugal and tourism are correlated words, while healthcare and Portugal are not. Stereotypes are always difficult to break, so strong reputations are vital to build.
‍

If Portugal wants to overcome this primary barrier – its credibility – players need to create a steady flow of medical tourists, attended with the utmost professional standards. As high-standards, reliability and variety of services become the main identification features of the Portuguese medical tourism business, the first clients will spread the word and there is nothing more powerful than an opinion from a trusted acquaintance to change perceptions.
‍

She started her career in the IT industry, launching a consultancy and training company in Spain. Her 15 years of experience in the management-consulting arena allowed her to develop a combination of strategic skills to boost global corporate alliances.

She was the executive director of The Lisbon MBA, in which she managed the partnership between NOVA SBE, Católica SBE and MIT Sloan for five years.