By
Paley Orthopedic & Spine Institute
at 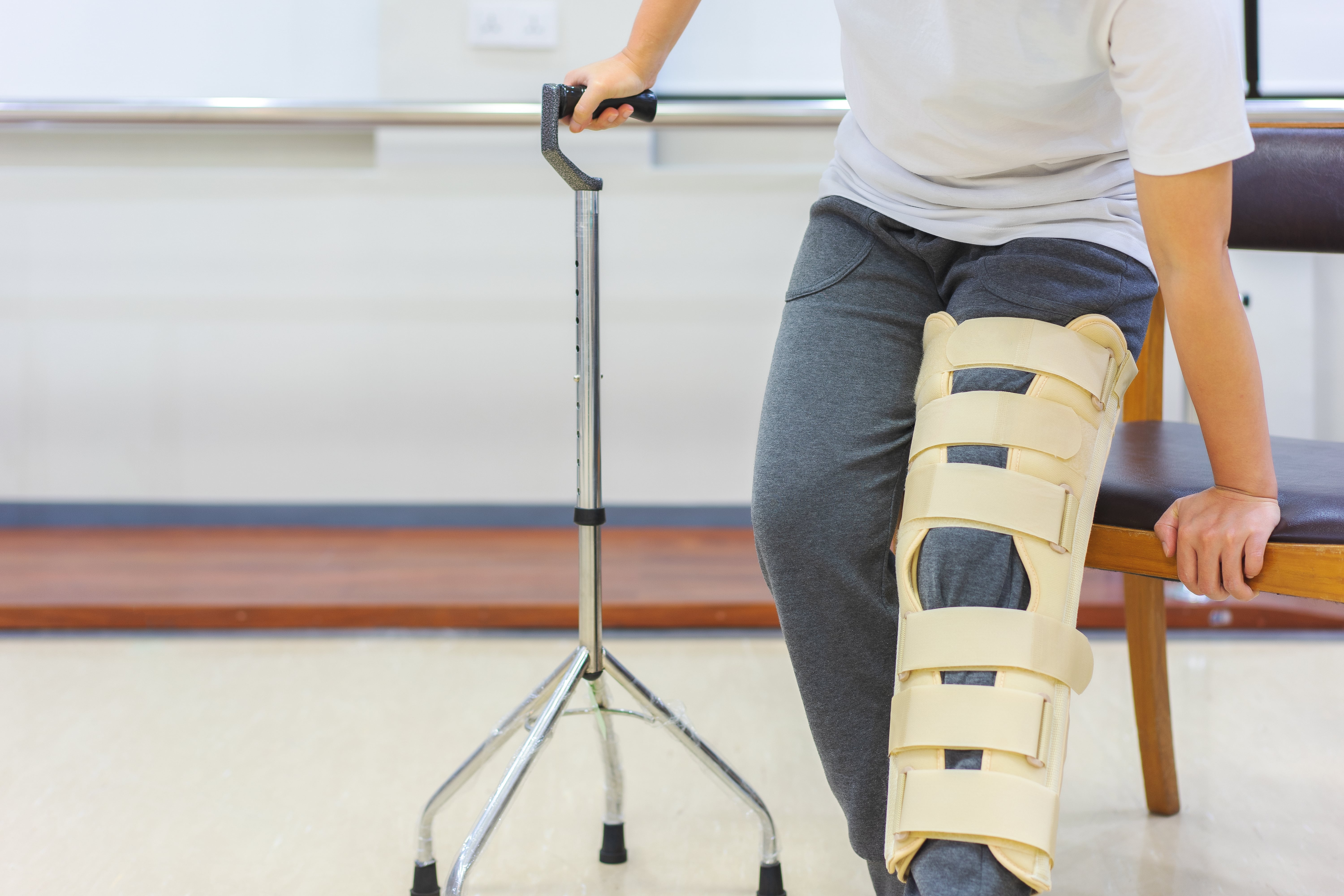 In the late 70s, Nina suffered severe injuries to her leg in an auto accident that would change her life forever. Nearly forty years later, after living with pain and an increasingly deformed foot, she finds hope from the surgeons at the Paley Institute.

More than forty years ago, Nina sustained terrible injuries to her legs in a motor vehicle accident: Her left leg was crushed in the crash. Nina recalled that she saw nothing attached to her left leg when the incident happened - her knee had been severed in the crash.

Nina was immediately rushed to the hospital, which began a long arduous journey through at least six surgeries to repair and stabilize the affected leg and multiple skin graftings after removing pounds of dead tissue, nerves, tendons, and detached bone fragments from the wound.

But that was not where the turmoil ended for Nina; that was when it began.

During the initial surgery, the doctors found that the peroneal nerve (the nerve that provides sensation to the back and outside surface of the leg and knee joint) was badly damaged and had to be removed. As a result, the muscles in the calf would not contract properly to move her foot. This led to a permanent foot drop, as Nina could no longer lift the front part of her foot.

As the fractured tibia (the shinbone) fused over time - albeit abnormally - it caused her lower leg to rotate inward such that she was pigeon-toed when she walked. Nina’s doctors and foot specialists provided her with an ankle-foot-orthotic (AFO) brace to provide support for her foot and keep it from tripping when she walked.

But this came with a price Nina was unwilling to pay.

Since her foot was permanently numb, the brace caused severe abrasions which she could not feel. As the abrasions worsened and became recurrent, she let go of the brace and trained herself to walk without it by lifting her knee higher to compensate for the foot drop.

But as time passed, the foot continued to turn inward and ambulation became increasingly difficult. She was gradually using the outside/upper area of her foot to walk. This caused her ankle to bend with every step she took. The agony each step came with was beyond description for Nina.

“Walking on the outside of the foot forced my ankle to bend with every painful step. The inside of my foot never touched the ground even with custom shoe inserts to correct the turned-in foot,” Nina said.

Consequently, she sustained multiple ankle sprains which only worsened the pain. The only remedy available was no remedy at all - continuing with the AFO and shoe inserts. However, what seemed an irreparable condition was to be put right by one doctor.

At the Paley Institute, Nina met Dr. Craig Robbins, an orthopedic surgeon with the institute, who assured her that a repair was possible.

Dr. Robbins specializes in treating congenital and acquired limb deformities such as femoral deficiency, post-traumatic growth arrest, incomplete development of the tibia and fibula, poor union or non-union of fractured bones, and limb length discrepancy. He treats these conditions in children and adults.

After 38 years of living with painful and abnormal ambulation, Nina was thrilled to finally get news of hope.

On May 21, 2015, Nina had her surgery. The surgery involved fusing the ankle bones and rotating the foot back outwards. To hold the foot in position, Dr. Robbins inserted an internal fixator and limb-lengthening device called the Precice Nail into the cut tibia bone. This device lengthens the leg at a precise rate using a handheld external remote controller.

After a month of using the Precise limb-lengthening device, Nina’s leg lengthened to the desired length of 1.7 cm and the device was removed. Further radiological investigations revealed that her ankle had begun to fuse and her tibia bones had started to grow. Three months after, it was all over and Nina could walk properly with her left foot again.

“I am totally ecstatic with the stunning outcome! For the first time in 38 years, I can finally put my left foot flat on the ground. The leg is straight, my ankle is fused and the left foot is no longer turning under my ankle as I stand and walk pain-free. No more inserts or chafing braces,” Nina said excitedly.

The surgery and post-operative rehabilitation might have been daunting for Nina, she finally has her leg and ambulation restored by the team at the Paley Institute.

Dr. Robbins has more than a decade’s experience in treating congenital and acquired limb defects, with specialized training in pediatric orthopedic surgery and limb lengthening and reconstruction. Before joining the Paley Institute, Dr. Robbins was an assistant professor at the Department of Orthopedic Surgery of the University of Mississippi. In 2009, while at the University of Mississippi, he was awarded “Doctor of the Year” by Drscore.com for the highest patient satisfaction and outcome ratings of all doctors in their survey.

Dr. Robbins continues to provide world-class and innovative surgical solutions for patients at the Paley Institute.

The Paley Orthopedic and Spine Institute, located within the campus of St. Mary’s Medical Center in West Palm Beach, Florida, is a world-class center that offers the most technologically advanced treatments for complex orthopedic conditions.

Since its launch in 2009, the Paley Institute has provided the highest quality of care for thousands of children and adults from different parts of the world.