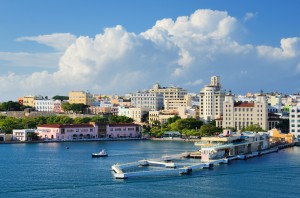 That's what government officials in Puerto Rico are toasting after launching a campaign to attract medical tourism patients from the United States and nearby Caribbean nations, who they believe can help transform an economy battered by years of recession.
‍

Known for pristine beaches and tropical climate, the Department of Economic Development and Commerce is warming up to healthcare and tourism services especially to promote among a growing Latino population in U.S. cities along the eastern seaboard in the hope that the Caribbean island will become a hub for medical tourism.
‍

We are very advanced in this development strategy, said Alberto Baco Bague, secretary for economic development and commerce, who announced plans for training and certification programs in conjunction with the Medical Tourism Association to kick off next month and extend throughout most of next year. We aren't just aiming to insert Puerto Rico into this highly competitive market at the global level. We are clearly aiming to become a key player.
‍

Puerto Rico has begun to regain its economic footing of sorts after emerging from decade-long economic stagnation. Thanks to laws signed in 2012 that shield U.S. citizens from most federal taxes, high-profile developers and entrepreneurs among the most notable, billionaire financier John Paulson have turned to Puerto Rico to invest millions on properties including beachfront homes and hotels. Those same tax incentives can parlay into health services for Americans who have seen costs rise by 25 percent at home for some elective procedures.
‍

After years of double-digit unemployment and a soaring cost of living, many of the same Puerto Rican professionals who led an exodus to the United States are returning home to reap not only high-quality medical services, but potential savings of up to 50 percent as well, said Renée-Marie Stephano, President of the Medical Tourism Association. Considering that Americans continue to voice their displeasure about increases to their health insurance premiums and out-of-pocket costs as we move into the second year of the Affordable Care Act, this process of training and accreditation in Puerto Rico is timely.
‍

Doctors and researchers claim surgery in the United States is a $500 billion industry in which 80 to 100 million procedures are performed annually. A price comparison against the cost of similar surgeries in Puerto Rico reveals this alarming trend.
‍

Americans don't even have to turn in their passports to reap the savings, nor speak a foreign language. Many doctors in Puerto Rico have been trained and educated in the United States and a trip to the island does not require a visa.
‍

We can offer the same level or better quality of service than anywhere in the United States, said Ricardo Jesus Reina Sanabria, president of the Puerto Rican Society of Orthopedics and Traumatology, a 44-year old surgeon who trained at Lenox Hill Hospital in New York.
‍

Plus, Francisco Bonet, CEO of the newly-formed Medical Tourism Corporation of Puerto Rico, said many hospitals on the island accept health plans offered in the United States or provide payment programs for procedures or treatments that are not covered completely.
‍

Referrals are easy because the system is the same. It's like going from one state to another, with all the benefits of a single network and with the same drugs, but at a much lower cost, said Bonet, who oversees the facilitation of legal, administrative and operational guidelines for the multiple agency collaboration that includes transportation, hotels, tour operators and hospitals and medical professionals.

Many of these same stakeholder industries will be enlisted for Medical Tourism Association training and certification, which address accreditation and international patient processes including language, medical records transfer and industry-specific issues.
‍

Cristina Cardona, executive global program manager for the Medical Tourism Association, said training is targeted to improve not only facility and professional standards, but the overall patient experience as well.
‍

A patient that has one poor experience can have lasting effects on hospital and destination reputation, said Cardona, who participated in a panel discussion at the first Medical Tourism Forum, earlier this month in Puerto Rico. Airport-to-hotel transfers, lodging accommodations, translator services at the hospital, menus that are sensitive to cultural habits and sightseeing offerings are all components of the medical tourism package that need to be identified and evaluated.
‍

Stephano said Puerto Rico's proximity to the United States and international recognition as a tourist destination gives the commonwealth a leg up on the competition for medical travel dollars, especially Latino Americans who watched Obamacare influence their healthcare options.
‍

The marketing pitch to insurers, healthcare providers and patients is no secret, said Stephano. Puerto Rico has all the characteristics to become a successful player in medical tourism quality care, affordable costs and an attractive, yet unique destination.
‍

Puerto Rico officials say medical travel generates some $35 billion in revenue annually and is growing faster than the rate of overall tourism. Some 15,000 medical tourism patients visit Puerto Rico each year, spending on average $10,000. Family members or friends who make the trip with patients inject another source of revenue almost $1,000 — toward lodging, meals, and transportation.
‍