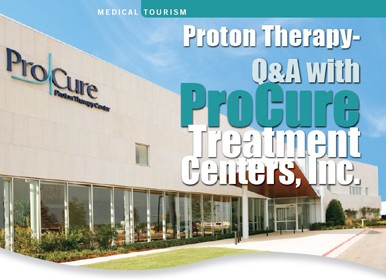 Not all cancers are the same, and as such, the greatest likelihood of cancer survival comes with the most effective cancer treatments. For some, proton therapy might be the answer. It is a precision-controlled radiation that can be manipulated to release energy at precise depths.

ProCure, the healthcare company that provides proton therapy, currently has centers in New York, Chicago and Oklahoma City with other facilities under development domestically and abroad. It is covered by many private insurance plans in addition to Medicare and Medicaid.
‍

What are the main advantages of proton therapy in cancer treatment?

It has proven to be effective in adults and children with a reduced likelihood of secondary tumors caused by the treatment. In addition to improving quality of life during and after treatment, proton therapy can also be used to treat recurrent tumors – often even in patients who have already received radiation.
‍

What are some of the successful results after treating patients with proton therapy?

For pediatric cancer patients, the yearly risk of getting a secondary tumor was estimated to be 8 times lower with proton therapy. Research has also shown that proton radiation may significantly reduce the likelihood of developmental abnormalities, growth delays, reductions in IQ, and other complications that often occur with standard X-ray radiation.
‍

Are patients traveling to your facilities to receive this therapy?

We do have international patients who travel from numerous countries to be treated at our facilities. We currently have an agreement with the United Kingdom to treat adult and pediatric patients at our centers.
‍

Who is eligible for proton therapy?

Studies have shown proton therapy to be effective in treating many types of tumors, including tumors of the prostate, brain, head and neck, central nervous system, lung, and gastrointestinal system as well as cancers that cannot be removed completely by surgery.