Recent Advances in Cardiac Treatment to Watch in Coming Years 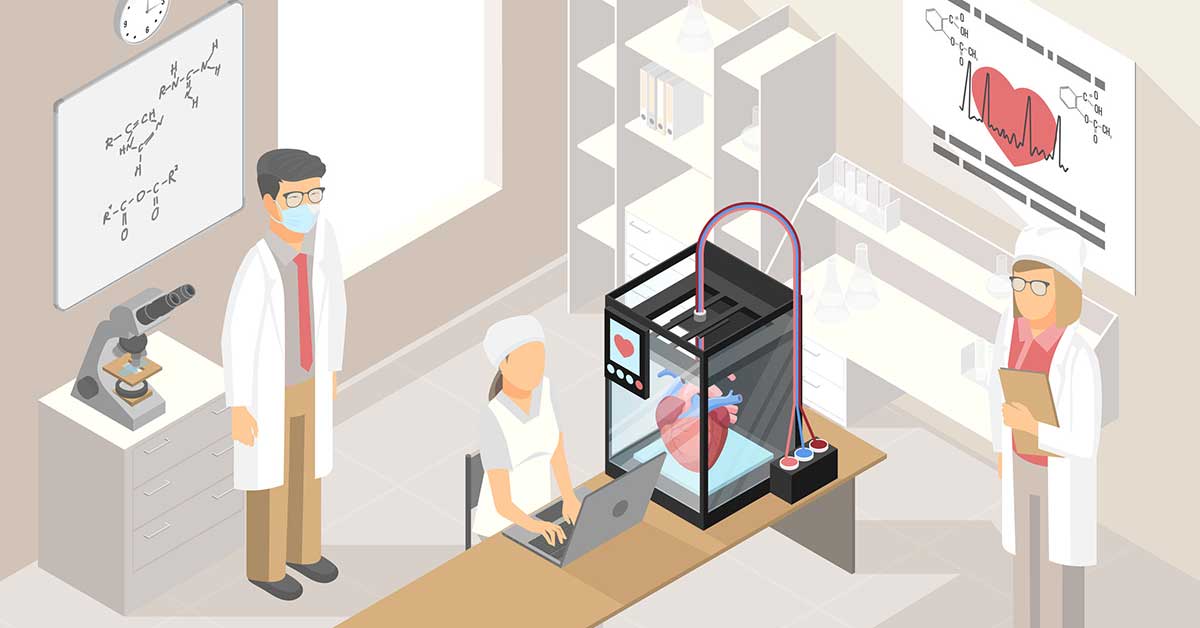 About 800,000 Americans die of cardiovascular disease each year, with this figure accounting for one in every three deaths in the US.
‍

According to a report by the Centers for Disease Control and Treatment (CDC) Foundation, one of every six dollars on healthcare is spent on cardiovascular diseases. The report also noted that this figure is expected to rise to over $818 billion in 2030, while the cost of production loss is expected to exceed $275 billion.
‍

Barbara Bowman, Ph.D., director of the CDC’S Division for Heart Disease and Stroke Prevention noted that there are about 1.5 million cases of heart attack and stroke each year in the US which results in a significant loss in economic productivity.
‍

During a heart attack, a blood clot forms, and blocks one of the coronary arteries that supply blood to the heart. The part of the heart whose blood flow is obstructed becomes dead and in time, turns into scar tissue. This impairs proper heartbeat resulting in difficulty breathing, weakness, and exercise intolerance.
‍

Researchers at Cedars-Sinai Heart Institute in Los Angeles have developed a procedure in which the patient’s stem cells can be harvested and injected into the scar tissue to transform it into a living heart muscle.
‍

In a 2017 study published in the European Heart Journal, Eduardo Marbán, M.D., and other physicians from the Institute tested the procedure on a number of heart attack survivors and recorded a 50% reduction in scar tissue and regeneration of new heart tissue in all patients within three months of experiencing a heart attack.
‍

The procedure involves harvesting stem cells from an unaffected part of the patient’s heart, multiplying them artificially in the laboratory, and injecting them into the site of injury to repair the damage.
‍

“Our previous lab studies and human clinical trials have shown promise in treating heart failure using cardiac stem cell infusions,” said Marbán “Now we find that these specialized stem cells could turn out to reverse problems associated with aging of the heart.”
‍

Already in various medical schools across the US, 3-D printed anatomy from computed tomography (CT) datasets is being used as a teaching aid. This technology has been used to plan complex cardiac surgical procedures.
‍

At the 2015 edition of the American College of Cardiology (ACC) annual meeting, Anthony DeMaria, MD., the Judith and Jack White Chair in cardiology and founding director of the University of San Diego School of Medicine’s Sulpizio Cardiovascular Center, said research is underway to replace polymers popularly used to build up the 3-D printed structures with live cells to create replacement organs.
‍

With 3-D printing technology, damaged structures such as heart valves can be replaced with an exact fit part customized for each patient.
‍

A Diagnostic and Interventional Cardiology report noted that an emerging trend involves the use of a 3-D computer software for virtual device implantations for better patient selection, to reduce the risk of post-operative complications, and enable faster development of trans-catheter devices and procedures.
‍

DeMaria noted that biocompatible machines which work on or almost at a nano-scale are being developed for targeted medical therapies in the future.
‍

An example of the futuristic application of nanotechnology in cardiology is the development of devices which can use nano-bubbles to push a nanobot through a blood clot allowing quicker penetration of drugs that break down the clot.
‍

According to Morteza Mahmoudi, Director and Principal Investigator at the NanoBio Interactions Laboratory at Tehran University of Medical Sciences, nanotechnology has the potential to revolutionize preventive and therapeutic cardiology.
‍

The cost of genomic medicine has reduced significantly within the past decade such that with $1000 or less, patients can be screened for their susceptibility to specific conditions including cancer, heart disease, and infectious disease.
‍

Genomic medicine, also called precision medicine, takes into account the uniqueness of every person’s DNA configuration. These differences in DNA and genetic configuration may determine what diseases one may be at risk of and what drug one’s disease condition will be most responsive to.
‍

DeMaria noted that genomic screening would be very useful in identifying at-risk patients a long time before any signs of disease show. It may also help in the development of genomic drug and improved monitoring of patients and prevention of certain diseases.
‍

With the incorporation of genetic testing into cardiology, the focus will shift to preventive and personalized care in which the patient is involved in their care.
‍

Almost 40,000 patients would need a heart transplant every year in the US. However, only about 2,200 donor hearts are available for transplant.
‍

An alternative has been developed – A beatless heart – as an artificial heart for patients who have severe heart failure unresponsive to drugs.
‍

A team introduced this device at the Texas Heart Institute. The device has just flexible components, no valves, and works by pushing blood through the body at a steady pace, meaning the patient would have pulseless blood flow through the body.
‍

“Our heart has only two moving parts floating in magnetic fields, spinning rapidly,” he says. “So it doesn’t burn out as fast as an artificial heart with multiple parts.” Says William Cohn, M.D., the institute’s director of minimally invasive surgical technology.
‍

There was a case by Cohn and his team in which the device was implanted in a man with multiple organ failures. The device worked perfectly keeping the man alive for another six weeks, while the man’s lung and liver continued to fail. Eventually, family members of the patient requested that Cohn discontinue the device so the man could die.
‍

Google Glass is a wearable computing technology that consists of a headset which is worn like a pair of eyeglasses. This device is a minicomputer of sorts which can take pictures, record videos, and transfer data to another device.
‍

Doctors can wear this device while performing medical procedures to record and transfer images and videos viewed. Google Glass would find a lot of use in coronary angiography, during which a doctor injects a dye into the arteries of the heart to clearly view the length of these arteries for obstruction.
‍

This and much more are the latest advancements in the field of heart health and as researchers develop more novel technologies for cardiac evaluation and treatment, many unnecessary invasive surgical procedures, prolong recovery time, and unnecessary scars will be eliminated for patients to lead the way for simple and minimally invasive procedures.
‍

The future is bright for patients with heart disease as treatment and diagnosis will become faster, simpler and cheaper.