By
Cameron Kennerly
at 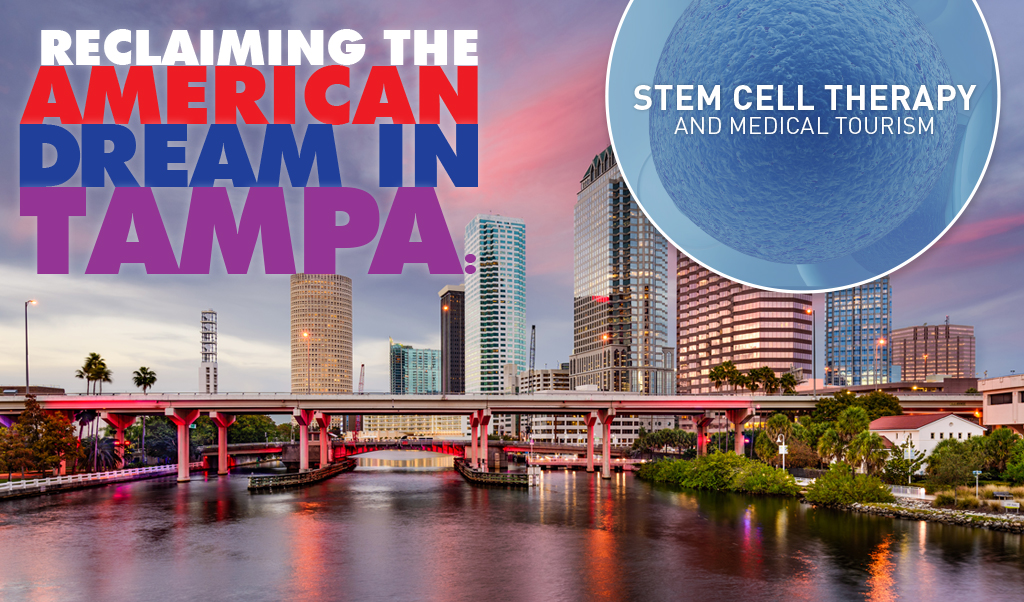 For decades, Tampa, the third-most populated city in Florida, has been an ideal retirement destination. Beloved for consistent, almost year-round warmth and invulnerability to hurricanes and tropical storms, Tampa is a premier destination for tourism of all kinds; particularly, within the medical community.
‍

However, despite draws to the city by the bay — furnished by beaches, favorable weather, history, attractions, and art — this story is not one of leisure, but of intense personal struggle following an emphysema diagnosis and the salvation found through stem cell therapy in none other than Tampa, Fla.
‍

Jim D. is the epitome of the word “active.” When he and his wife, Linda, were living in New Jersey 11 years ago, Jim — a CFO — maintained a work routine that included constant traveling, which “require a lot of walking.”

In his spare time, he rebuilt cars. Life was pleasant. With adult children and a successful career, Jim and his family were living the American dream.
‍

But, in 2004, Jim began to experience respiratory sensations he had never felt before. Spurts of breathlessness began slowly. During these episodes, Jim would slow down, stop for a second and catch his breath. These episodes soon became more frequent and severe, effectively preventing him from being able to fulfil his obligations at work. With a job that required extensive traveling and walking — often in the heat — the physical deterioration of Jim’s health was also impeding his self esteem.
‍

“We like to travel,” said Jim. “We had to stop traveling because I couldn’t keep up with the pace anymore. I like to be able to walk [and] I had to stop all those activities.”
‍

After consulting a pulmonologist, Jim  learned that more than 20 years of smoking two packs of cigarettes a day had given way to emphysema, which was quickly becoming more severe. At airports, Jim was unable to take his bags off the conveyer belt.

At home, he would walk up the second-floor steps and be so out-of-breath he couldn’t hug is wife. When implications became unbearable, Jim decided then that something needed to change.
‍

Jim and Linda pored through internet sites looking for an answer to his disease. His doctor recommended a lung transplant, but, because of the five-year mortality rate of approximately 50 percent, high cost, and a litany of health problems associated with lifelong immuno-suppression, Jim and his wife considered the risks too high.
‍

After meticulous research, Jim was thoroughly convinced that stem cell therapy was his chance to reclaim some of the ability and freedom he had once enjoyed. Despite the best of intentions, his wife, Linda, remained unconvinced.

She needed to see the facilities, speak with staff, and vet the doctor’s credentials. In other words, take a trip to Tampa. With high hopes, the couple made the journey north from Boca Raton, Fla., to the downtown Tampa clinic in June of 2014.
‍

“We were very impressed with the staff and the facility, everything we saw we felt comfortable,” said Linda D. “After the initial visit, I was softened and had really turned around at that point.”
‍

A short time later, Jim had scheduled his first treatment and Tampa’s penchant for hospitality was immediately obvious to Linda.
‍

“We were very pleased to find out that the hotel was provided by the Lung Institute,” said Linda. “We had two nights taken care of at the hotel which was very fine and convenient to getting to the clinic in the morning.

We went out to dinner that night, and it’s a lovely area with plenty of sight-seeing opportunities. The procedure doesn’t take very long so there’s plenty of time for leisure. It’s like a mini-vacation.”
‍

Since treatment, Jim has felt more like his old self. He now works as a CFO and lives with his wife in Boca Raton, Fla. He walks up the stairs to his apartment to give his wife a kiss.

He travels on business again, and the couple has been able to resume their travel plans, preparing to take a cruise with their grandchildren this year. Despite the hand that Jim was dealt, through his perseverance and the support of his loving wife, medical tourism has helped Jim regain his American dream.
‍

“If you’ve got to have a medical procedure, why rehabilitate in a freezing city up north when you can come to Tampa and rehabilitate at a hotel on the beach,” said Victor Crist, Hillsborough County commissioner. “And your family can come with you and enjoy the weather and the parks while you’re going through your treatment and rehab.”
‍

Ranked the 5th best outdoor city by Forbes in 2008, and the 5th most popular city based on where people want to live, according to the Pew Research Center in 2009, Tampa offers the best of both worlds for both potential patients and family.

With an emphasis on rehabilitation under the most comfortable conditions, Tampa combines optimal weather with high-end shopping, renowned attractions, and some of the nation’s most beautiful beaches. Today, Tampa stands among the top medical tourism destinations catering to any demographic.
‍

Cameron Kennerly serves as a technical copywriter for the Lung Institute, where the belief is that regenerative medicine is the future of treatment for those suffering from COPD and other lung diseases.