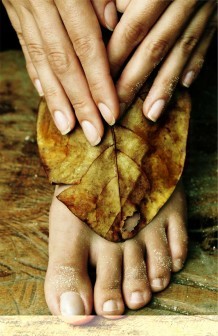 You would probably associate joint pain with a lady in her middle age. But what if a woman in their 20s gets it? Well, it is not something absolutely uncommon. Rheumatoid arthritis, which is a fairly prevalent disease, attacks women in their 20s and 30s. And it would be quite justified to get anxious about it.

Rheumatoid arthritis is an auto-immune disease causing the lining in the joints to become inflamed. Rheumatoid arthritis is a chronic illness and requires intensive treatment for several years. If the disease is not treated when it is still active, it could damage the joints and make them permanently deformed. This inflammatory joint disease could attack either women in their 20s and 30s, or middle aged men or women. Studies have not revealed any strong genetic factor for acquiring rheumatoid arthritis, but it is more common in some families than others.
‍

Compared with viral arthritis, which often sets in during seasonal changes, rheumatoid arthritis is much more severe. It attacks multiple joints at a time, on both sides of the body. It particular, it affects the large and small joints in the limbs. The joints swell up, get painful and movement becomes restrictive. In comparison, arthritis starts after an infection in the body and disappears fairly soon. Rheumatoid arthritis persists and increases in intensity with time. In addition, people who suffer from this disease tend to feel sick, develop fever and get fatigued easily.
‍

It is estimated that the disease afflicts nearly one per cent of the urban population. But in five years, in up to one-third of them the disease gets controlled. The rest could take 10-15 years to come out clean, but in the meantime the disease would have destroyed some of the joints. What is crucial is to attack the disease effectively when it is active. It is also a silent killer as it exposes the person to other life-threatening diseases, like heart problems and lymph node cancer.
‍

However, treatment has become advanced now and people with rheumatoid arthritis can be saved from a life of pain and immobility. There are safer and more effective medicines now to treat the disease and deal with the symptoms. Protein-based drugs also work wonders. There are also surgical options to clean the inflamed joint linings. And if the joint has been severely damaged, one now has the option of going in for joint replacement.
‍

Awareness about rheumatoid arthritis is growing but there is still a lot of ignorance among the general public and medical practitioners. Cases of inappropriate treatment by doctors who mistake the disease are not uncommon. But now that credible information is easily available, awareness about this debilitating disease is bound to increase.
‍

Dr Satish Kalanje is a Consultant rheumatologist at Wockhardt Hospitals in Bangalore, India.

Medical Tourism in a Viral World