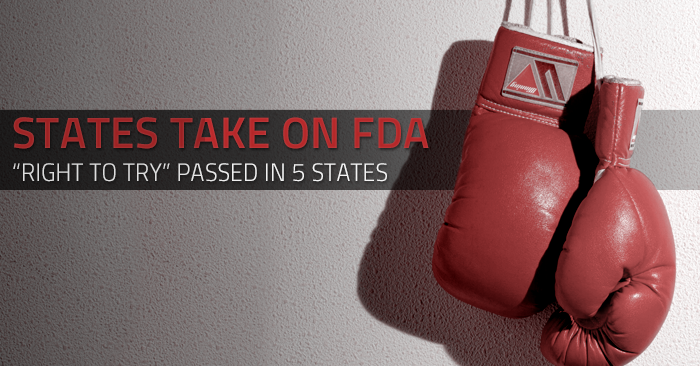 After more than a decade boarding planes to Europe, Asia and Latin America to treat medical tourism patients, doctors finally have the home-field advantage to fight prostate cancer in the United States.
‍

That's because the FDA gave American surgeons the go-ahead to perform HIFU (High Intensity Focal Ultrasound), a minimally invasive procedure that optimizes ultrasonic energy to destroy destructive tissue in the prostate without the side effects typically associated with the most common form of cancer found in men.
‍

Dr. John Jurige welcomed the news. The Kentucky-based urologist had performed more than 400 equivalent surgeries at foreign destinations like Doctors Hospital in the Bahamas and Hospital Galenia in Cancun before he treated the first HIFU patient in the United States a couple months ago.

If Mark Stivers had been an old man, he might have allowed Dr. Jurige to yank out his prostate right there in Louisville, but the 53-year-old financial advisor thought he was still too young to deal with the urinary incontinence and impotence that can be an unfortunate consequence of traditional cancer treatments. He opted for HIFU at the Louisville Surgery Center instead.
‍

Proponents of the technology claim 92 percent of the men are cancer-free 10 years after the procedure; 94 percent can have erections; and less than one percent experience bladder control issues.

Those statistics combined with the FDA thumbs-up throw egg in the face of critics who have expressed reservations about patients traveling overseas for medical care yet to be approved in the United States, said Renée-Marie Stephano, president of the Medical Tourism Association.
‍

Patients who are facing terminal illness often have few options to turn to, she said. Despite delays in federal approval processes, many alternative treatments have had success curing patients with cancer or, at the very least, improving their quality of life for an extended period of time.

With this in mind, our efforts should be to address safe and effective means for patients to access potentially life-saving treatments once all other options have been exhausted.
‍

Stephano said momentum is building in the United States to give patients the Right to Try drugs and therapies awaiting FDA approval.

In at least 20 states, legislation has been either approved or is pending that would allow patients who are unable to take part in clinical trials to gain access to experimental drugs or therapies.

Critics of right-to-access contend some terminally ill patients with nothing left to lose may make dangerous choices and, without a significant number of clinical trial endorsements to base their decisions upon, actually make matters worse.

This isn't about access to any drug or any therapy, said Stephano. These are treatments that have shown great promise in clinical trials. That said, patients should always do their due diligence and research what treatment might work best for them in consultation with their personal physician.
‍

HIFU, generally recommended for prostate cancer patients with low or medium risk, attacks only the diseased-portion of the gland. Dr. George Suarez, a licensed U.S. physician who has been performing HIFIU in the Cayman Islands the past year, compares the technique to starting a fire with a magnifying glass by focusing light rays on a focal point to generate high levels of heat.
‍

Another urologist, Dr. Samuel Peretsman, says HIFU cooks the cancerous tissue. The North Carolina-based physician, who regularly travels to the Bahamas to treat prostate cancer patients from Charlotte, said the best candidates are men who have tumors that are less aggressive and have not spread outside the gland.
‍

It's all about not only providing quality of care, but being able to document that you are providing the quality of care, so that becomes critical to us, said Barry Rassin, president of the Joint Commission International-accredited Doctors Hospital.

We're also a little different in the medical tourism industry in that we want to be able to involve patients before they ever leave home, to talk about why they're coming, what they're coming for and to make sure we meet their expectations.
‍

Howard Adams, 72, whom Peretsman treated at Doctors Hospital, knew of other men who underwent traditional prostate cancer therapies in the United States, but had subsequently experienced bladder control problems and erectile dysfunction. And although, his medical tourism procedure in Nassau was expensive, Adams believes it was well worth the trip.
‍

HIFU carries a price tag of about $25,000 and is not typically covered by insurance or Medicare. But, unlike conventional methods including surgery, radiation or chemotherapy, HIFU is a one-time out-patient procedure that takes about two hours to complete.

Or much less the time Dr. Michael Lazar needed to travel from California to Mexico, where he has treated Americans diagnosed with prostate cancer. As one of a handful of physicians using Sonablate — one of two FDA-approved HIFU devices Lazar believes medical tourism will remain a viable option until more doctors in the United States master the new technology and positive patient outcomes continue to reinforce the right to try proven techniques in foreign destinations.
‍

Those who do might want to reference Reed Yadon, a meteorologist at WHAS-TV who said he was hit like a ton of bricks when he learned his biopsy results didn't pan out as first hoped. After Dr. Jurige listed the treatment choices for him, Yadon went about satisfying any medical travel misnomers he might have had and was all in for taking HIFU by storm.

By the time the dust settled a few hours after his surgery in Cancun, he was out walking, returning to Louisville the next day and, he says, he's got the T-shirt to prove it.
‍