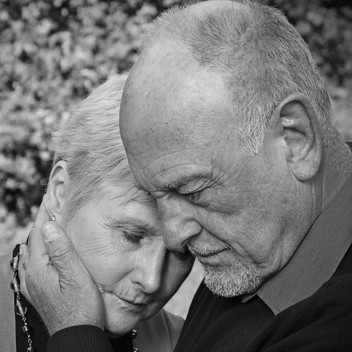 Chemotherapy isn't likely to make many bucket lists; unless, of course, you are a cancer patient desperately in need of care.

Then consider the angst and despair among those Medicare patients in need of chemotherapy who have already been turned away at their community cancer clinics. An increasing number began to learn of this unfathomable fate after April 1, when reduced funding for the national health insurance program for senior citizens took effect.

Oncologists blame the recent government sequester for making it impossible for clinics to administer expensive chemotherapy drugs to patients 65 and older and, at the stay time, remain financially solvent. Meanwhile, these patients being denied are scrambling to find treatments elsewhere including at hospitals that may not have the capacity to accommodate them.

Hospitals are pleading their cases, as well. The sequester, they claim, has left them to choose between covering their costs and staying in business or seeing patients, prompting even those who have been pushing the federal government to spend less on healthcare to call the disruption in care off-target.

Legislators had intended to somewhat shield Medicare from the sequester's automatic budget cuts, limiting the social insurance program to a 2 percent reduction a fraction of the limits placed on other federally funded programs.

What they may have failed to consider is the way treatments for cancer patients are covered. These drugs must be administered by a physician and are included among only a handful of pharmaceuticals that are paid for by Medicare Part B, which covers doctors visits and is subject to sequester reductions as opposed to traditional senior coverage under Part D, which is also supplemented by private insurance.

Washington typically pays local oncologists for the average sales price of a chemotherapy drug, plus 6 percent to cover the cost of storing and administering the medication. Since oncologists cannot change the drug prices, they argue that the entire 2 percent cut will have to come out of that 6 percent overhead. That would make it more akin to a double-digit pay cut.

In response to the fiscal quandary, clinics might have to make-do with reductions to staffs or other services to accommodate for the higher costs to house and deliver the cancer drugs.

Oncologists, who deal with life and death realities are not accustomed to sugar-coating, have begun to bluntly tell cancer patients they may have to look beyond local clinics for care. The first place these seniors are likely to turn for chemotherapy is a hospital, where care is considered to be more expensive.

Some actuaries suggest that chemotherapy delivered in a hospital environment costs the federal government an average of $6,500 more annually than care delivered in a community clinic. The cost differences usually trickle down to patients in the form of out-of-pocket medical bills, even if they are fortunate to find a hospital that has the capacity to treat them. That's why, according to one study, the majority of cancer patients on Medicare receive chemotherapy at a local clinic, instead of a hospital.

The sequester should probably have less of an effect on non-profit hospitals, which are required to receive double-digit discounts for treating low-income and uninsured patients from pharmaceutical companies.

Meanwhile, some cancer clinics are preparing for the worse, even sending out notices to patients that warn them of possible breakdowns in care. Still, other facilities are continuing to see patients they expect to lose money on and, instead, are counting on the federal government to come to the rescue and provide relief.

The challenge facing patient advocates is twofold. On the one hand, pharmaceutical companies need incentives to enter markets for cures and lifelong treatments of cancer that are often less profitable than more common medical ailments like heart disease or more traditional forms of malignancy.

Secondly, and, perhaps, far more difficult — but just as important — cancer patients 65 and older may need to have the same options as their younger counterparts largely those underinsured — who have displayed the willingness to seek high-quality and affordable medical relationships on foreign soil.

At the end of the day, all healthcare players providers, lawmakers, insurers, employers and patients should be looking to open all doors to treatment, not have them shut.