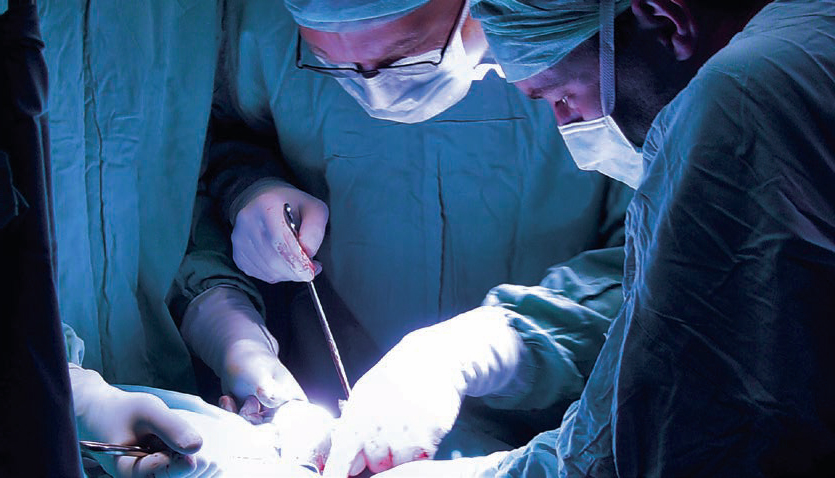 I grew up in Malaysia with primary (congenital), lower limbs lymphedema. The condition causes abnormal hardening and growth of cells and tissues due to improper lymphatic system functions.

I first began to experience abnormal swelling in my left leg and foot when I was just a teen. Then, in my ‘20s, my right leg and foot also became affected, gradually increasing in size, overtaking every aspect of my daily life.
‍

For 40 years, I kept this unique condition a secret from my colleagues and friends. With the exception of my family, I felt that very few people could truly understand me or my illness.
‍

The continuous progression of my lymphedema had created great changes to not only my appearance, but the texture of my skin, causing swelling, hardening, and wart-like growths on my legs and feet. Even in the feverous summer Malaysian heat, I kept the abnormal looks of my legs covered under long, oversized trousers. What was more, my shoes also had to be custom-made to fit the growing size of my enormous feet.
‍

I arrived at Chang Gung Memorial Hospital, Taoyuan, Taiwan, March 20, to receive simultaneous bilateral Vascularized Lymph Node Transfer (VLNT) surgery, the first surgical technique of its kind. The process involves the harvesting and transferal of an individuals’ vascularized sub mental lymph node flap into the lymphedema lower limb, which creates a motor-like function to pump out the excess lymphatic liquid entrapped in the affected limbs.
‍

Nevertheless, all the long hours diligently worked by the team where not in vain. The surgery was a great success. In a matter of two weeks after my surgery, I experienced remarkable changes in the overall size and weight of my legs and feet.
‍

Improvements in the texture and complexion of my skin were also readily visible. Not only did my legs and feet feel soft to the touch, but the wart-like growths that had previously plagued the surface of my skin had also disappeared altogether.
‍

I am eternally grateful to Chang Gung’s lymphedema treatment team, I have been given a renewed chance to live a healthy fulfilling lifestyle once again.
‍

Ming-Huei Cheng, M.D., M.B.A., FACS, is a board-certified surgeon who has performed thousands of head, neck and breast reconstruction procedures, and has established a worldwide record for successfully treating nearly 150 Lymphedema patients with Vascularized lymph node transfer in the past 14 years.

A fellow of the American College of Surgery, and member of the American Society of Plastic Surgeons, and World Society for Reconstructive Microsurgery, Ming Huei Cheng was named the 2006 Godina Travel Fellow and received the American Society for Reconstructive Microsurgery award. He hosted the 2009 ASBPRS and the 2013 International Symposium for Surgical Treatment of Lymphedema conferences. He has authored 150 clinical and basic research articles, as well as a sequence of books, titled “Breast: The Comprehensive Guideline.” He has also been invited to lecture in Singapore and the United States as a visiting professor.

Dr. Ming-Huei Cheng is among the most sought-after experts in reconstructive microsurgery. His innovative surgical methods as well as his unique techniques have gained him global recognition and praise, attracting innumerable medical scholars and patients alike from as close as Korea, Japan, China, Malaysia and Singapore, and far as North and South America, the Middle East and Europe