Stem Cells Technologies in Medicine of the 21st Century 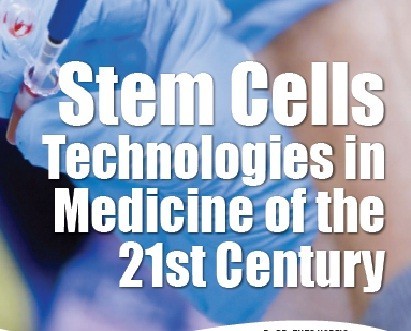 In general, human tissues have a very limited potential to regenerate. However, recent progress in stem cell research and tissue engineering promises novel prospects for tissue regeneration in the nearest future. The 21st Century is a century of biomedicine, cell biology, molecular medicine and stem cells.
‍

Diseased, degenerating or damaged organs and tissues give rise to a wide range of chronic illnesses. Patients suffering from such illnesses are currently faced with a relatively short list of options including:
‍

The conditions listed below occur in many forms and thus not every person with these diseases could potentially benefit from stem cell-based therapies. Nonetheless, the widespread incidence of these conditions suggests that stem cell research could help millions of patients.
‍

What are Stem Cells?
‍

The term “stem cell” was proposed for scientific use and has three defining features on which all can agree. (4).
‍

Embryonic Stem Cells (ES) refer to the cells of the inner cell mass of the blastocyst during embryonic development (Figure 1). ES are particularly notable for their ability to differentiate into any cell type in the body and the ability to self replicate for numerous generations (5).

However, at least two large obstacles stand in the way of this goal. The first technical hurdle is difficulty in manipulating the cells to reproducibly and predictably differentiate into the desired tissue, and no other, clearly indicates the many basic questions regarding the biology of stem cells that must be answered.

Another equally challenging question that must be resolved is one of the law and ethics of stem cell technologies. To date, little attempt has been made towards the use of ES in dental, oral and craniofacial regeneration (6).
‍

Amniotic Fluid-Derived Stem Cells (AFS) can be isolated from aspirates of amniocentesis during genetic screening. While the potential therapeutic value of AFS remains to be discovered, an increasing number of studies have demonstrated that AFS have the capacity for remarkable proliferation and differentiation into multiple lineages, such as chondrocytes, adipocytes, osteoblasts, myocytes, endothelial cells, neuron-like cells and live cells (7).
‍

Umbilical Cord Stem Cells (UCS) derive from the blood of the umbilical cord and there is growing interest in their capacity for self-replication and multi-lineage differentiation (8). UCS have been differentiated into several cell types, such as cells of the liver, skeletal muscle, neural tissue and immune cells.

Bone Marrow-Derived Mesenchymal Stem Cells can self-replicate and have been differentiated, under experimental conditions, into osteoblasts, chondrocytes, myoblasts, adipocytes and other cell types, such as neuron-like cells, pancreatic islet beta cells, etc.

When bone marrow is aspirated and cultured, a subset of adherent and mononuclear cells are mesenchymal stem cells (MSCs). To date, the majority of work in this area has focused on the ability of bone marrow-derived MSCs to differentiate into bone. Thus, in vitro expanded bone marrow-derived MSCs may be a rich source of osteogenic progenitor cells that are capable of promoting the repair or regeneration of skeletal defects (Figure 2).
‍

Figure 2. Adult stem cells can be harvested from the bone marrow and expanded in the laboratory. When loaded onto appropriate scaffolds and transplanted back into a deficient site, stem cells have the potential to regenerate bone structures. (Source: Krebsbach PH, Robey PG. Dental and skeletal stem cells: potential cellular therapeutics for craniofacial regeneration. J Dent Educ. 2002 Jun; 66(6):766-73).
‍

Although bone marrow-derived MSCs are inherently heterogeneous, the “plasticity” of this population provides unique scientific opportunities for investigating the role of BMSCs in skeletal homeostasis, genetically modifying potential stem cells, and the potential clinical utility of using autogenous cell therapies to increase the rate and extent of bone formation
‍

Tooth-Derived Stem Cells (TS) are isolated from the dental pulp, periodontal ligament ~ including the apical region ~ and other tooth structures (10). Transplanted skeletal or dental stem cells may one day be used to repair craniofacial bone or even repair or regenerate teeth, (Figure 3).
‍

Figure 4. Adult stem cells can be harvested from the dental tissues such as the dental pulp and expanded in the laboratory. When loaded onto appropriate scaffolds and transplanted back into a deficient site, stem cells have the potential to regenerate tooth structures. (Source: Krebsbach PH, Robey PG. Dental and skeletal stem cells: potential cellular therapeutics for craniofacial regeneration. J Dent Educ. 2002 Jun; 66(6):766-73).
‍

Adipose-Derived Stem Cells (AS) are typically isolated from lipectomy or liposuction aspirates. AS have been differentiated into adipocytes, chondrocytes, myocytes, neuronal and osteoblast lineages. AS can self-replicate for many passages without losing the ability to further differentiate, however, the ability to reconstitute tissues and organs by AS versus other adult stem cells has yet to be comprehensively documented (11).
‍

A great deal of progress has been made in a relatively short time as researchers and clinicians throughout the world are exploring the promise of stem cell transplants for patients with debilitating diseases and degenerative conditions. Despite all enthusiasm about the discovery of stem cells and their great potential, there also is no doubt that in many cases, the applications of and the cures related to stem cells are not just around the corner, as media would lead one to think.
‍

Dr. Enes Hodzic graduated from the Dentistry Faculty in Belgrade in 1971. He specialized in Maxillofacial Surgery at Military Medical Academy of Belgrade where he also gained experience in plastic surgery. In 1986 he was trained in the plastic surgery ward at Rikshospitalet University Hospital in Oslo, Norway. After returning from Oslo he worked in Mostar’s hospital as a maxillofacial surgeon. Dr. Hodzic opened the Private Dental Policlynic dr. HodÅ¾iÄ‡ in MetkoviÄ‡ and its subsidiary in Rovinj and In 2009 he founded the Center for Regenerative Medicine in Rovinj. You may reach him by email at dr.eneshodzic@yahoo.com and his website www.poliklinika-dr-hodzic.com.