Some Workplace Stress Can Actually Be Good For You 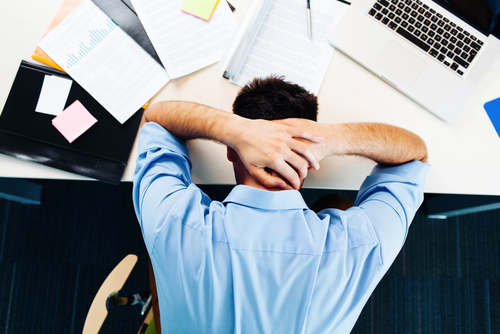 Contrary to popular belief that stress is bad for your health new research shows that pressure in the workplace could actually improve your health  that is if you are in charge of your own workflow. The study from Indiana University began in 2004 when researchers started tracking thousands of workers in their sixties.

After seven years of study results revealed that those who held positions where they controlled their own workflow were 34 percent less likely to have died compared to those with a stressful position and no control over their workflow reported the Daily Telegraph.

For those deemed to be healthy in spite of their stress levels the concept is that it gives those employees the opportunity to challenge themselves by setting goals and searching for the best and most effective ways to get their work done.

A stressful job then instead of being something debilitating can be something that is energizing lead researcher for the paper Erik Gonzalez-Mulé told the Telegraph. Also according to Gonzalez-Mulé and based on results from the study restructuring jobs to give employees more control could be beneficial to a business and its employees.

You can avoid the negative health consequences if you allow them to set their own goals set their own schedules and prioritize their decision-making and the like. For employees who are not in managerial positions and at the mercy of a trickle down scenario with someone else assigning their workflow finding effective ways to deal with the resulting workplace stress can sometimes be key to maintaining a healthy lifestyle.
‍

According to an article from the American Psychological Association there are many steps workers can take to combat workplace stress. Certain programs listed below are suggested to help workers improve their health and skills which in turn can help with managing stress levels.

Other simple practices workers can do while on the job include: