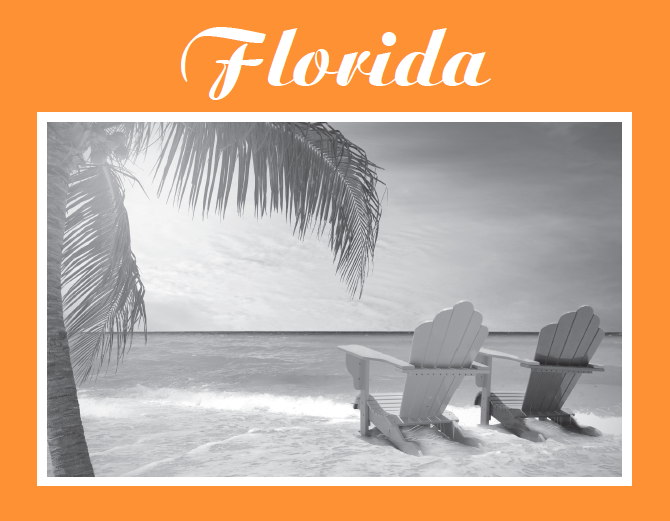 His shower was not exactly the early morning wake-up call he had in mind. Javier Villa felt a lump – the size of a tennis ball – on the side of his throat that his doctor would call Hodgkin’s disease. Chemotherapy and a few months later, the used car salesman from Puerto Rico was in Florida, undergoing transplant surgery for a desperately needed bone marrow.

“Divine intervention” is what Villa called his trip from Puerto Rico to the Moffitt Cancer Center, in Tampa. His two young kids, ages 2 and 6, who accompanied their father, will fondly remember the time away from home for the Disney World vacation they enjoyed.

Health and tourism officials are hoping more visitors like the Villa family will transform the state’s sun, sand and travel attractions into a hot spot for medical tourism. Under a measure outlined by Sen.

Aaron Bean (R-Fernandina Beach),the state earmarked $5 million this year to strengthen the destination branding strategy to position Florida as a medical tourism destination of choice for both international and domestic healthcare consumers and market related medical conferences and meetings.
‍

“Florida can and should be a top-tier healthcare destination,” said Bean, who is collaborating with Renée-Marie Stephano, President of the Medical Tourism Association®, to understand the area’s strengths – from specialized cardiac surgery and orthopedics to routine procedures for dental care and cosmetic surgeries — that can be built upon and marketed to out-of-state patients.
‍

Plans for another round of funds are making their way through the Health Policy and Appropriations committees for tweaking before a general assembly vote later this year.
‍

“Patients around the world are no longer looking for procedures and treatments within their own neighborhood, state or national boundaries,” said Stephano. “When these potential patients combine Florida’s attractions, and warm weather with healthcare services that are not only readily accessible, but superspecialized, Florida becomes a serious consideration for medical travel.”
‍

Jacksonville is already no stranger to medical tourism. Hotels built to accommodate a steady flow of patients line the streets leading up to the prestigious Mayo Clinic. Visit Jacksonville, the city’s tourism arm, says medical travel accounted for 46,000 nights booked in local hotels.

Of the 43,000 medical tourists who annually visit the Mayo Clinic, 23,000 are Florida residents, 18,000 are from other states, and 2,000 are international patients. Jacksonville is already headed in the right direction for a successful destination branding strategy.
‍

But, the Mayo Clinic isn’t the only healthcare provider opening eyes in Jacksonville. Before he flew to Jacksonville from his home in Mexico, Patrick Sparks could barely see his hand in front of his face. The minster calls his surgery at the Gulani Vision Institute to correct “white cataract” “nothing short of a miracle.”
‍

Ophthalmologist Arun Gulani said he isn’t the only doctor performing Lasik and cataract surgery. But, few can claim his processes. Until now, Gulani has been using word-of-mouth to market the new FDA-approved surgical glue he uses to address small areas of the cornea and restore 20/20 vision without stitches. Still, with a little support, Visit Jacksonville estimates that medical tourism procedures like Gulani’s pump $23 million a year to the local coffers.
‍

Of the $5 million funds already designated, Visit Florida, the state’s tourism vessel, awarded $3.1 million in grants with the remainder to set up a four- year plan to promote Florida’s medical providers, their services and specialties, as part of the destination branding strategy.

Under Discover Florida Health, the state’s official medical tourism program, some 30 grants have since been awarded: nine for destination promotion and for marketing meetings and conferences.
‍

In Panama City, Gulf Coast Facial Plastics is a hot spot for medical tourism that thrives on anonymity. For more than two decades, Dr. Daniel Daube said his practice has been appealing to show-business types from as far away as Norway and China to Egypt and England.
‍

“Hospitals and clinics are marketing their efforts more and more to other states and other countries for specialized or affordable treatments,” said Stephano. “These promotions are in response to employers who are integrating medical tourism into their medical benefits plans. They recognize the value proposition and are demanding greater access to healthcare outside of their state or national borders that will compromise higher costs.”
‍

Stephano said it’s not surprising that insurance companies are catching on and offering coverage or creating provider networks outside traditional local markets. On average, more than 375,000 U.S. residents already spend more than $5.2 billion on medical services in Florida; about 3 percent of both the total patients and healthcare expenditures within the state. By comparison, more than 38,000 international patients spend more than $580 million on medical services in Florida annually; about less than one percent of all visits and charges.
‍

“A focused state-wide initiative is just what is needed to drive more patients, many of whom have complex health issues that warrant the specialized care that few other destinations like Florida can offer,” said Stephano. “The opportunity is here, but Florida won’t become a destination of choice overnight. A concerted message – from all stakeholders, public and private – that emphasizes niche areas of treatment will be a strong step in the right direction.”
‍

“Services Development and training will be the next one,” she said.
‍

Like many tourists visiting Florida, Amy Caterina took her son to Disney World, and then drove east to the beach to check out a rocket launch at Cape Canaveral. Before she returned to her home 2,500 miles away in Southern California, she made one last stop in Orlando again to visit a team of plastic surgeons at UF Health Cancer Center – Orlando Health, where, four months later, she would undergo vascular lymph node transfer.
‍

Few hospitals offer the type of comprehensive approach to lymphedema that Caterina found at UF Health Cancer Center, where surgeons have now performed the procedure more than 55 times.
‍

As many as 6.8 million Americans have lymphedema, which prevents lymph fluid from draining from body tissues. The fluid builds up, causing chronic, painful, disfiguring and even immobilizing swelling. Many patients must wear special compression garments, have daily compression massages and have the fluid drained regularly.
‍

“More and more people are flying into Orlando for this operation,” said Richard Klein, M.D., section chief of the Plastic and Reconstructive Surgery Center at the UF Health Cancer Center – Orlando Health. “In fact, we’ve been performing this surgery just over a year now, and in that time we’ve already consulted with patients from 22 different states about it. I think we’re going to become more and more known for this type of procedure and we hope that patients are going to fly in not only from around the country, but from around the world as well.”
‍

Klein will join a host of delegates – from hospital administrators and insurance executives to government officials and hospitality interests – as a speaker at the 8th World Medical Tourism & Global Healthcare Congress, Sept. 27-30, 2015, in Orlando. The annual congress bears fruit that medical tourism is not a new trend, but an industry that can be exploited to enhance the brand of most destinations.
‍

Coming to Florida was the only option for Tiana Todoravic, a two-year old who suffers from tiblial hemimelia. She and her family travelled 5,000 miles from their home in Bosnia to St. Mary’s Medical Center in West Palm Beach where the little girl underwent the first of three surgeries in the next 10 years to lengthen the bone in her leg.
‍

Confidence in her treatment and access to the state-art-treatment at the Paley Advanced Limb Lengthening Institute comes with a hefty cost for the Todoravic family and a price in which state law- makers are willing to bank on. They are optimistic the dividends will pay off for traveling patients and Florida’s economy.