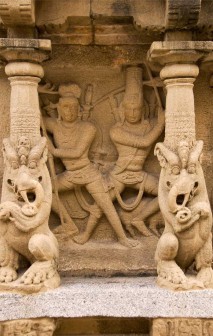 As medical treatment costs in the developed world balloon out of proportion, with the United States leading the way, more and more Westerners are finding the prospect of international travel for medical care increasingly appealing.  An estimated 150,000 of these travel to India for low-priced healthcare procedures every year.
‍

What makes India a medical destination of choice for patients from developed countries? The answer lies in a combination of many factors that have developed steadily over the last decade or so. These include:

The health delivery systems in many Western countries are overburdened, and patients have to face long waiting periods just to see a specialist, and even longer ones for surgeries. In many developed countries, the public healthcare system is so overburdened that it can take years to get needed care. In Britain and parts of North America, for instance, the waiting period for a hip replacement can be a year or more, while at Apollo Hospitals Bangalore, a patient can be in the operating room the morning after getting off a plane.

Hospitality is about serving the guests to provide them with “feel-good-effect”. “Athithi devo bhavha” (Guest is God) has been one of central tenets of Indian culture since times immemorial. In India, the guest is treated with utmost warmth and respect and is provided the best services. India has a large number of service personnel trained in the hospitality industry that ensures a high level of service quality.

Indian doctors are widely recognized as being some of the best the world over. Now with the latest medical technology available in India, many Indian doctors practicing in the West have actually come back to practice in hospitals like Apollo. Also, world-class medical infrastructure, and the latest medical technology are now available in India, and hospitals now offer treatments and surgical techniques similar to those carried out at the best hospitals in the West.
‍

India, as a destination for medical tourism is not new, though with recent revival of ancient forms of treatment has revived its lost glory. For many tourists India offers a much cheaper option for medical treatment (General or Surgical) without compromising on quality, which is important when traveling away from home.
‍

There are now numerous Hospitals in India that have been accredited by the Joint Commission International (JCI), the international arm of the organization that accredits American hospitals – proof that select Indian Healthcare is as safe and has as high clinical outcomes of those hospitals in the West.

For many medical tourists, though, the real attraction is price.
In the US, there are approximately 47 million people without health insurance and 120 million without dental coverage. When an emergency strikes the ordinary citizens, especially those whom are uninsured, find it hard to meet estimated expenses.
‍

So why India for your medical and surgical needs? Low Waiting Period, Outstanding Service, World Class Quality and Low Cost – plus you get a vacation. So if you choose to undertake a procedure at a hospital in India, you can take a tour before or after the surgery and soak up a little bit of the fascinating and enchanting Indian culture. That can be a healing experience all by itself!
‍

Grant R Muddle is the Senior Vice President Operations for the Apollo Hospitals Group, India, where in less than a year, he has effected the type of change considered revolutionary in challenging the entrenched culture so often seen in the healthcare sector.