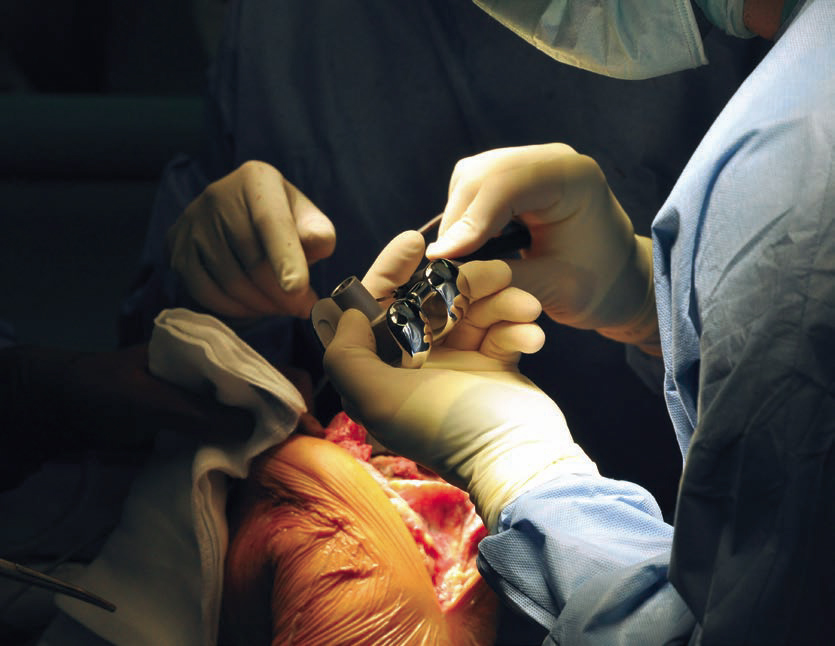 Taiwan is an island nation filled with passionate people and a rich culture. It’s also home to many professionals including lawyers, teachers, technicians and, most importantly, doctors.

However, Taiwan’s first-class healthcare system is a relatively recent phenomenon. Due to our government’s desire to provide its citizens with better medical care and a better overall quality of life, the National Health Insurance system was first initiated in March 1995. This system allowed our best doctors to practice medical treatments more efficiently and effectively.
‍

The National Health Insurance system enhanced the chances of survival for our patients and the cure rate for all kinds of disease. Among all the medical centers in Taiwan, Taipei Veterans General Hospital is one of the highest ranked.
‍

This government-operated hospital was inaugurated in June 1956, with little more than 600 beds and only a handful of doctors. Today, Taipei Veterans General Hospital has more than 3,000 beds and almost a 1,000 medical doctors dealing with more than 10,000 patients daily.
‍

With lifestyle improvements, such as water purification systems, awareness of healthy eating habits and improved medical care, people are able to live longer. However, some of our body parts are not able to last as long as they need to.
‍

As our life expectancies increase, more demands are being put on our joints. Therefore, advanced degenerative changes over major weight-bearing joints — especially knees and hips — begin to significantly disable and impair daily activities around the age of 70. For diseases, such as inflammatory arthritis, hemophilia, osteonecrosis or development dysplasia of hip, one can suffer from loss of function of these joints as early as 20 and into the ‘40s.
‍

There are about 500,000 knee replacements and more than 175,000 hip replacements performed annually in Taipei Veterans General Hospital, and those numbers are on the rise.
‍

In fact, hip replacements are expected to increase 174 percent in the next 20 years, and knee replacements will rise even more – 673 percent, according to a study presented at the American Academy of Orthopedic Surgeons.
‍

At Taipei Veterans General Hospital, my team has performed more than 5,000 knee replacements, since 2011, in addition to 2,000 hip replacements since 2004. Moreover, the annual number of foreign patients has increased sharply due to better medical care provided by the Taiwanese hospitals in general.

Hip and knee replacement surgery started in the 1960s by medical pioneer Dr. Leslie Gordon Percival Shiers, and has been improving each decade since. No matter, material, from metal-on-metal implants to ceramic-on-ceramic; the model, from fixed rotation to wide-range motion; and the surgical technique, from large incision to minimally invasive surgery, provide patients who suffer from joint disease with a better life after replacement surgery.

We have put in a great deal of time to study and practice how to effectively use and improve the Minimally Invasive Surgery (MIS) technique to help more patients achieve better outcomes after joint replacements. The application of techniques on Total Hip Arthroplasty (THA) has gained great popularity in the past decade in clinics.

Most MIS THA techniques are based on one incision method, which use a 5-10 cm incision positioned relative to the greater trochanter and categorized into anterior, antero-lateral, direct lateral and postero-lateral approaches. A two-incision method that allows smaller incisions of 3-5 cm was first demonstrated by Dr. R. Berger in 2001.

However, fluoroscopy is required to cut the gluteus maximus during preparation of the femur, and there have been reports of various complications in patients who received this type of THA. IMIS THA has been claimed to greatly

reduce operative trauma and post-operative pain, while offering patients faster rehabilitation and better cosmetic appearance. Our medical team has reported a new modified antero-lateral approach, which allows a single incision less than 8 cm in length and, at the same time, provides better patient recovery along with reduced operative blood loss and post-operative pain.

In this modified approach, patients were positioned according to the standard antero-lateral approach. The position of the desired incision was measured by first determining a line along the tip of the greater trochanter to the midline of the femoral shaft (Fig. 1).

The incision was then marked at the anterior quarter of the greater trochanter and in parallel to the line, extending 1.5 cm proximally and 4.5 cm distally from the tip of the great trochanter. When the 5-6 cm incision was made and the subcutaneous tissue and the tensor fascia lata were dissected through to expose the gluteus medius, the tendinous part is then incised for 2.5-3 cm in length and, if operating on the right leg, turned upward to the two o’clock direction (for operation on the left leg, turned toward 10 o’clock), in order to expose and detach the gluteus minimus for the complete exposure of capsule. Care must be taken at this point to reserve some fibers for reattaching the gluteus minimus to the greater trochanter later.
‍

As the acetabulum was completely exposed and capsule preserved, standard acetabulum reaming was readily performed, after all soft tissues and osteophytes were cleared. It is essential to note that for acetabulum reaming, the use of a curved reamer handle will greatly facilitate the procedure and the insertion of the cup later. In the case where a straight reamer is used, i.e. during our learning curve of this approach, one should pay extra care to avoid abrasion of the inferior skin during reaming due to the very small incision.
‍

Standard post-operative care was given to all patients with individually adjusted administration of IV antibiotics for 1-2 days. Patients were allowed to walk with immediate full-weight bearing. No patients received venous thromboembolism prophylaxis. Informed consent from all patients was obtained under the standard protocol and the present study has been approved by the Ethical Review Board of Taipei Veterans General Hospital.

This new modified antero-lateral MIS THA technique allowed us to greatly improve the intra-operation performance, despite the slight differences in surgical tools. In the learning stage (Stage I), three retractors were used along with a straight reamer for acetabulum preparation and cup insertion.

On the other hand, in the optimization stage (Stage II), we used four retractors and a curved reamer, which was available in Taiwan during that period of time. Being facilitated by the better tools of Stage II, we successfully performed THA with a much smaller single incision of 6.3 cm on average, which was optimized from the bigger 8.3-cm wound in Stage I.

The incision could be as small as the exact size of a femoral head as shown. (Fig. 3) The mean operation time was also shortened to just over an hour (71 minutes.), instead of an hour-and-a-half (87 minutes). We also observed that patients experienced less blood loss during this operation (276 ml in Stage I and 242 ml in Stage II). Moreover, the patients could enjoy a mean hospital stay as short as four days when the surgical conditions are improved in Stage II. (Table 1)
‍

Patients were followed-up for 39 months on average. They were allowed to walk with immediate full-weight bearing, if their prostheses were cement-less stems and reliably press-fit. Most patients can discard walker or crutches within six weeks. No dislocation or neurovascular injury was recorded in any of the patients.

Moreover, during the follow-up period of the stage II patients, the incidence of complications is as low as 2.3 percent, because we received only 21 cases out of 924 surgeries performed. Among these 21 cases, there are four cases of subsidence, four cup loosening, three asymptomatic greater trochanter fractures and five with infection, three of which required two-stage revision and two of which were debridement.

Additionally, there were two intra-operative fracture of proximal femur, two iliopsoas impingement, and one complaint of squeaking at the ceramic-on-ceramic bearing surface. In total, only 13 patients (1.4 percent) received additional surgeries. These post-operative results show that our new method was safe without compromising surgical performance and fast rehabilitation.
‍

In this article, we reported a new modified MIS THA technique. By using a straight incision about 6 cm at the anterior quarter of the tip of the greater trochanter, we successfully performed hip replacements that provided fast recovery and little complication. Although the incision of this present modification was as small as a femoral head, such a small opening did not impede the judgment of implant size and positioning.

Moreover, this surgical method gained access to the femoral head by incising on both gluteus medius and gluteus minimus, which is conventionally considered more tissue damaging and would result in slower recovery.

However, patients in this study not only recovered within four days in the hospital, but also showed no dislocations or neurovascular injuries from the angled muscle incision we performed. From the intra-operative and post-operative records, it is also clearly demonstrated that patients suffered little from blood loss, which may contribute to their fast recovery despite the short hospitalization.

Dr. Wei-Ming Chen, a professor at National Yang-Ming University, in Taipei, Taiwan, is chief of the Division of Joint Reconstruction, Orthopedic Department, Taipei Veterans General Hospital, in Taiwan. He is also director of the hospital’s Musculoskeletal Tumor Therapeutic and Research Center.
‍