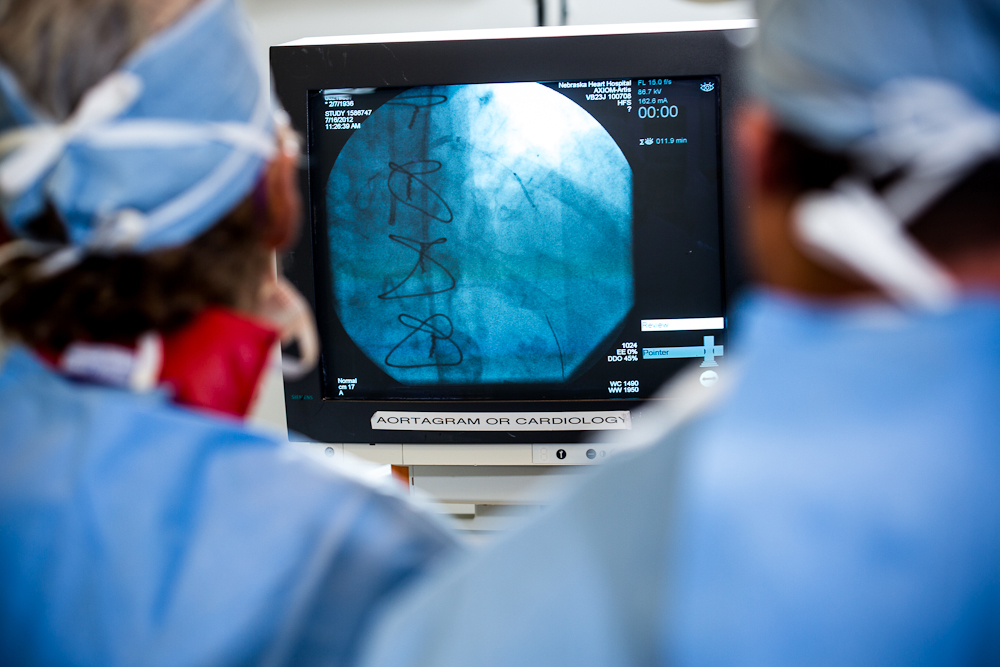 Her father survived a massive heart attack, but she saw what coronary failure did to him. He couldn't walk, couldn't talk. Dorothy Stratton was facing a grim prognosis herself. Atrial fibrillation, an irregular heart condition that causes poor blood flow to the body, had her terrified.

Out of options she wasn't eligible to take blood thinners to prevent clots from forming and extending to her brain Stratton had one last chance to sidestep the inevitable fate afforded her father. Stratton chose instead a two-hour surgery in which she became the first patient in Florida to undergo Lariat, a groundbreaking procedure that eliminates the threat of stroke without blood thinners.
‍

Dr. Saumil Oza, an electrophysiologist who performed the surgery, believes she won't be the last.
‍

We have patients coming from as far as South Florida, South Carolina, as far west as Valdosta, Georgia, Oza, a resident at St. Vincent's Riverside Medical Center in Jacksonville, Fla., and surgeon with Diagnostic Cardiology Associates, told FOX 30 News.
‍

Oza said Jacksonville is positioned to become a medical tourism hub for the 2-3 million Americans who suffer from atrial fibrillation. He said half of those patients are potentially eligible for the Lariat procedure.
‍

Tying the left atrial appendage with the Lariat suture has been found to be a safe and effective procedure for preventing strokes in patients with atrial fibrillation who cannot take oral anticoagulation, according to a recent study presented at the 2014 meeting of the Heart Rhythm Society.
‍

I feel like he (Oza) gave me a new beginning, said Stratton, who will return to St. Vincent's next month to have her heart reset to a normal rhythm.
‍

Oza said the surgery, when complimented by other procedures available, could make Jacksonville an attractive destination for medical tourism. Jacksonville is already home to the University of Florida Proton Therapy Institute, which has treated medical tourism patients from 49 states and 18 countries including, a 13-year-old from the United Kingdom who underwent 13 weeks of procedures to counteract a tumor at the base of his spine some three years ago.
‍

Marshall, who was progressed nicely since treatment, just spent the best day of his life and an awesome experience last month as a guest of Kids 'N' Cancer in Lisbon, Portugal, where he watched Real Madrid beat city soccer rivals Atletico Madrid.
‍

The Proton Therapy Institute has treated 43,000 medical tourism patients like Marshall since opening in August 2006. About 60 percent of those patients lived at least 60 miles from Jacksonville.
‍

Renée-Marie Stephano, President of the Medical Tourism Association, said health seekers who choose to visit Florida for both elective procedures and life-saving treatments like proton therapy are an economic boon to state and local economies.
‍

Florida home to Disney World, the Kennedy Space Center, and pristine beaches is a proven tourism site for millions of travelers from around the world, said Stephano, who invited hospital administrators, doctors and clinicians, insurance executives, employers, government policymakers and related tourism and travel interests to the 7th World Medical Tourism & Global Healthcare Congress, Sept. 20-24, 2014, in Washington, D.C., which will include a tract focusing on emerging medical tourism markets in the United States.

The right exposure to existing hospitals and specialty treatment centers like Cleveland Clinic in Orlando and the Mayo Clinic in Jacksonville provides tourists with yet another reason to visit the state.
‍

The Mayo Clinic provides $1.6 billion in revenue to Jacksonville annually, in part, from the 43,000 medical tourism seekers who converge on the facility. Of those patients, 2,000 are from foreign countries.
‍

Stephano said a bill working its way through the Florida State Legislature could provide $5 million next year to promote medical tourism. The new medical tourism directive would give Visit Florida, the state's tourism arm, $3.5 million to craft a marketing plan aimed at promoting sun-and-surgery from specialized procedures to cosmetic surgeries – and another $1.5 million would be available in matching grants to offer local and regional economic development organizations that have medical tourism initiatives.
‍