The Global Nursing Shortage What it Means for All of Us 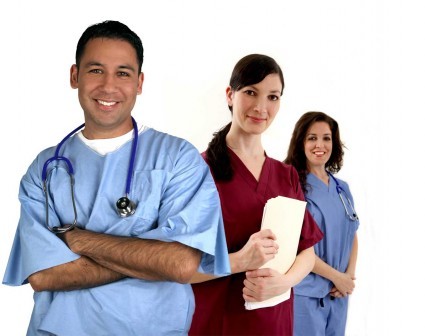 Growing populations, a limited number of available spots in nursing schools, certified registered nurses moving out of the labor force, an aging nursing population and the aging baby boomers all play a role in the current and expected shortage numbers of nurses in America.
‍

Nursing colleges surveyed by the American Association of Colleges of Nursing (AACN) in 2006 reported that nursing colleges and universities turned away more than 32,000 qualified applicants due to a shortage of nurse educators.  Dr. David Hrabe, the Interim Associate Dean for Academic Affairs at the Arizona State University College of Nursing and Healthcare Innovation said they received about 300 eligible applicants, but could only admit 140 students, due to faculty shortages and limited clinical site placements.
‍

In past years, nursing shortages have had to do with economics and population growth, but population trends today create a lot of demand, Hrabe said.  Traditionally nurses are not paid at the level of other medical professionals, such as doctors. The nurse environment can be very challenging, which may be a factor contributing to the shortage, Hrabe said.  “Our capacity to produce more nurses is limited,” Hrabe said. “We turn away twice as many qualified student applicants than we can admit.”
‍

Many universities were handed mandates to graduate more students, but a lot of graduates are finding it difficult to find jobs because hospitals don’t have enough experienced staff that could mentor an entry level nurse, said Denise Link, Associate Dean for Clinical Practice and Community Partnerships at the ASU College of Nursing and Healthcare Innovation. “The consequence was unanticipated,” she said.
‍

Faculty shortages, poor work environments for many nurses and the limit on the amount of clinical placement spots are some of the greatest concerns today, Link said.
‍

Laws limiting student-mentor ratios also place limits on the amount of students each program can take in, Link said.  Hrabe said the “retirement tsunami,” referring to the amount of nurses expected to retire in the coming years, will begin to take a toll on us.  “The average age of nurses in Arizona is 54,” Hrabe said. This worries a lot of nurse educators, he said.
‍

“More and more nurses are approaching retirement age,” said Dr. Denise Link, Associate Dean for Clinical Practice and Community Partnerships at the ASU College of Nursing and Healthcare Innovation. “We are losing a very large cohort of our most experienced nurses,” she said.
‍

Hrabe said “We would have a difficult time trying to staff the nursing college if we were to greatly expand it.” “It is an ongoing challenge to be able to staff the classroom with qualified nursing educators,” he said.
‍

The total population of the United States is expected to be 327 million by 2016, which will allow for nearly 600,000 new nursing job openings, according to the Monthly Labor Review, Bureau of Labor Statistics (bls.gov). This will make way for the expected employment of nurses to rise 23 percent in the U.S., much higher than the average employment numbers, which is 7 to 13 percent in all occupations (Bureau of Labor Statistics).
‍

The nursing shortage has an even greater affect than what most people realize. “We’re producing more nurses than ever,” Hrabe said. “Yet the population growth is rising, so we cannot keep up”.
‍

Evidence of the nursing shortage can be found from the United States to Jordan, India to the Philippines, but does the international shortage affect us? The answer is most definitely yes. The aging nurse population paired with the rising patient population equals poor patient care for all of us.
‍

According to Sigma Theta Tau International, an honor society of nursing, the nursing shortage is a major threat to the health care system that will not be leaving any time in the near future.  Thousands of hospitals have had to cope with nursing shortages in the past few years, many of them asking when nursing schools are going to open up more seats for potential nurses, according to Sigma Theta Tau International.
‍

Nurses unsatisfied with their job choice and the hard labor involved in being a nurse due to high nurse-patient ratios have discouraged potential nursing school candidates, Link said. The higher nurse to patient ratio, meaning the less nurses you have per patient, has a direct correlation to mortality of patients in the hospitals.  Many hospitals are finding that they can’t maintain a steady flow of retention and recruitment of nurses.

Doctor shortages also contribute to the nursing shortage by causing nurses to not have the support of their doctor counterparts; thereby encouraging many nurses to find work in a hospital and specialization that will allow them to have a strong support team, according the Sigma Theta Tau International.
‍

With all of the factors affecting the nursing shortage many health care organizations are trying to come up with ways to remedy the problem. Many are finding the problem to be multifaceted, going as far as including nurse migration, low recruitment for teaching nurses and a growing un-interest in “caring” for others from the young workforce.
‍

Nurses in many countries are not only migrating to urban areas, but are migrating across the world for better pay and benefit options. There are nursing programs that help to match nurses with housing and benefits for the country that they wish to work in.
‍

The United States has conducted recruiting in India, the Philippines, and Canada, yet positions remain unfilled. The Philippine Overseas Employment Administration (POEA) reported nearly 18,000 of their deployed workforce in 2006 were in the medical related field, approximately 6 percent of their total deployed workforce. Out of the deployed Philippine nurse workforce, 33.8 percent chose to go to Saudi Arabia.
‍

The amount of shortages worldwide provide evidence that the nursing shortage is not something that is just affecting regions, but the entire world.
‍

Link suggests a first step in the solution to the shortages is to increase retention. “More attention needs to be paid to retaining nurses,” Link said. “Paying more attention to nurses in the workforce helps them to feel valued and needed.”
‍

As the nursing shortage continues to worsen in the US it may mean an inability to keep up with patient care, which means there may be a greater opportunity where Americans go overseas to receive better nursing care and to have a much better ratio of nurse to patient.  Alternatively, American hospitals will be doing everything they can to attract quality and experienced nurses from foreign hospitals and countries, which can negatively affect the ratio of nurses to patients  in foreign countries.
‍

Danielle Ciraola is a print journalism student in the Walter Cronkite School of Journalism and Mass Communication at Arizona State University. Danielle has a strong interest in medical and health issues. She currently serves as President of Fostering and Achieving Cultural Equity and Sensitivity, a student run pre-health professions organization. She has been published in the East Valley Tribune. She may be contacted at Danielle.Ciraola@asu.edu