The Rise of Medical Travel in Russia 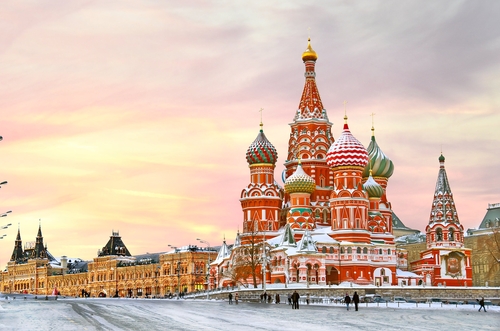 But according to Veronika Skvortsova Russias Health Minister medical travel in Russia is a bustling industry. Many foreigners are traveling to the country for quality medical treatments and procedures all at more affordable prices than what they would expect to pay in their home countries.

Igor Lanskoi Advisor to the Russian Health Minister says the number of medical travelers coming to Russia is increasing with four times as many foreign patients entering the country in 2015 than in 2014. As medical travel in Russia keeps growing so does the countrys revenue.

Last year foreign patients brought in nearly 10 billion rubles or $154 million in revenue for Russia. Prior to the recent influx of foreign medical travelers only ex-Soviet Republic citizens partook in medical travel in Russia.

Now however more and more Americans are traveling to Russia to improve their health according to David Melik-Guseinov director of the Federal Research Institute for Health Organization. Citizens of neighboring countries CIS countries come to Russia. That is the way it was historically back in the Soviet times.

But lately foreigners from faraway countries have also been coming to Russia said Melik-Guseinov. While Russian hospitals clinics and medical facilities provide quality care at reasonable prices the question remains as to why suddenly more Americans and other foreign travelers are choosing Russia for their healthcare needs.

According to a survey conducted by Kommersant a Russian daily newspaper foreign demand for medical treatments and procedures in Russia is growing because of the weak ruble. Currently the cost of medical care is nearly four times less expensive in Russia than in several other countries around the globe.

"When someone wants to undergo treatment in his own country but his insurance doesn't cover it he gets angry and chooses to come to Russia since here he can receive the same medical services at a much lower price said Yakov Margolin General Director of the Clinical Hospital in Yauza.

In the latest Visa study regarding the most popular medical travel destinations Russia ranked 34th out of 41 countries listed. However the country's position may slowly climb the charts as more and more foreigners are choosing it for their health and medical needs.