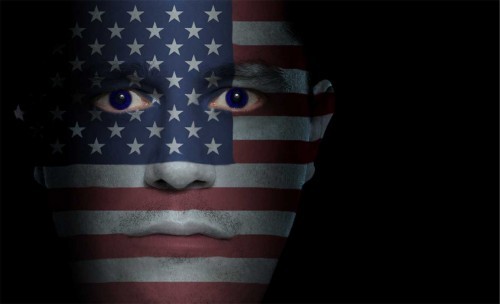 The US Healthcare Crisis Rising Supply of American Patients

In traveling around the world, no matter what country I go to, the theme is very clear.  One of the main marketing targets for international hospitals is the United States.    People from Canada or the UK may be a target, but the “icing on the cake” is still America.  People who live outside of the United States are shocked and amazed that that Americans do not have nationalized healthcare, and that the US government does not provide health services to Americans, not even basic healthcare.
‍

They are even more shocked to find out there are almost 50 million Americans who have no insurance, and 120 million who have no dental insurance.  Compared to Canada and the UK that have nationalized healthcare, America seems like an amazing opportunity for international hospitals to tap into the demand for quality healthcare at affordable prices.
‍

To add to the potential marketplace, Insurance Companies and Self Funded employers that represent hundreds of millions of Americans who do have health insurance are now starting to implement options to provide incentive to go overseas for care.  This means the potential marketplace for international hospitals is much bigger than simply the 50 million uninsured.
‍

How will insurance companies and employers offer incentives for employees to go overseas?  Some will waive deductibles and coinsurance.  This means if an employee has a $2,000 deductible and their coinsurance is an additional $3,000 per year, the employee could potentially save $5,000 for going overseas for a surgery.  On top of that, some employers and insurance companies are looking at giving employees a cash incentive or in some cases a percentage of savings.

This means an employee could not only possibly save up to $5,000 or more on their deductible and coinsurance but may have a significant cash incentive and actually make a profit on going overseas for care.
‍

Another reason why most international hospitals find Americans a target marketplace is that while only a small percentage of Americans have passport, most Americans really don’t have a fear of traveling or going overseas for care, compared to other countries. Secondly, in surveys conducted by the Medical Tourism Association with international hospitals, it was determined that in other countries like the UK, people can spend months or a year or more deciding if they want to go overseas for surgery.

Like the cowboys Americans are sometimes perceived to be, Americans are known for “pulling the trigger” and making a decision within days or weeks to go overseas for surgery.   This means when hospitals focus their target on American patients, it is the only marketplace where they can get the fastest return on their investment than other countries like the UK or Canada.
‍

Currently hospitals from India, Taiwan, Korea, Philippines, Israel, Thailand, Vietnam, Singapore and Malaysia among countries are all trying to figure out their marketing plans and how to tap into the American healthcare crisis.
‍

For Americans with no health insurance having to pay for a life saving surgery in the US, such as a heart bypass or transplant, it is simply unaffordable and unattainable.   More so, expensive orthopedic procedures such as knee replacements, hip resurfacing, back surgery also area unaffordable.  For the 50 million Americans with no health insurance going overseas, overseas care is the only option.

One common misnomer people have is that the uninsured are poor.  The Average American without health insurance makes approximately $50,000 US per year.   The poor people in America are on Medicaid, which means they are covered by the federal government.
‍

In 2006 the US Census Bureau stated that the number of uninsured Americans jumped from 2005 from 15.3% uninsured and a total of 44.8 million to 15.8 percent of people in 2006 for a grand total of 47 million.  Based on these numbers one can only estimate that we are close in 2007 to having almost 50 million uninsured Americans.

To so many foreign hospitals and foreigners this is absolutely mind boggling.   How can a country like the USA, envied by so many and the “land of opportunity” and “the American dream,” leave so many people without any access to healthcare.   America’s misfortune is opportunity for Medical Tourism and foreign hospitals.
‍

There are hundreds of millions of Americans who do have health insurance.

What’s even more interesting and should be taken into consideration by everyone in the industry is the makeup by race/ethnicity.  The percentage and the number of uninsured African Americans increased from 19.0 percent and 7.0 million in 2005 to 20.5 percent and 7.6 million in 2006.   The percentage and the number of uninsured Hispanics increased to 34.1 percent and 15.3 million in 2006.   In America these are some of the two largest ethnicities/races who are uninsured and in need of some kind of solution, hospitals and medical tourism companies should take notice.
‍

In a report by the Agency for Healthcare Research and Quality in 2006 (Issue #19, June 2006, Research in Action, below are some very interesting facts:

Here are some more interesting US healthcare facts:

The future plans of many international hospitals for America are aimed at obesity and surgical procedures that solve this growing need by Americans.   Particularly important is the increase in the number of people treated for conditions clinically linked to obesity.

Hospitals should realize that there is also a very separate and growing marketplace for medical tourism in the US – Baby Boomers.    As the Baby Boomer generation gets older they will place an extra burden on the US healthcare system, and many will start looking overseas for their orthopedic and cardiac procedures.
‍

Here are some interesting facts about the Baby Boomer generation:

Now that you have this information, what will you do with it?   Do you want to go after the American marketplace, and if so what will your approach you do?  What is your organizations marketing plan for 2008?
‍

It is important for international hospitals to understand what their target market is so they can better understand how to market to it.  Is your hospital’s market the 50 million uninsured or large US employers and insurance companies who are going to give incentives to their employees, or it is both?  How will you reach your target market and how will you build a brand reputation so that your hospital is a preferred choice for American Patients?  Contact the MTA today so we can help!
‍

Jonathan Edelheit is President of the Medical Tourism Association with a long history in the healthcare industry, providing third party administration services for fully insured, self-funded and mini-medical plans to large employers groups.