The Zika Virus is Here to Stay 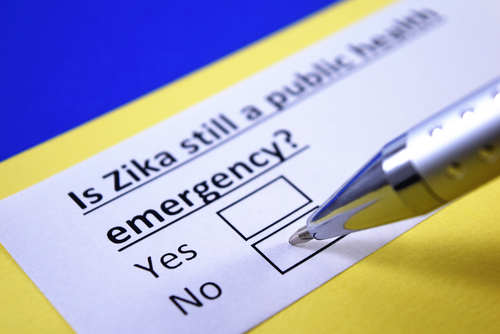 In addition to the recent declaration the warning that Zika still must still be considered very dangerous was emphasized.In an article in the New York Times Dr. Peter Salama executive director of the WHO Health Emergencies Program reported We are not downgrading the importance of Zika.

We are sending the message that the Zika virus is here to stay and the WHO response is here to stay.Experts have expressed concerns in reaction to the WHO declaration as many countries could still face new outbreaks.

The fear is that by lifting the state of emergency people at risk may gain a false sense of security from the pronouncement and lessen their vigilance in taking precautions to prevent infection.

Also quoted in the New York Times article Dr. Anthony S. Fauci Director of the National Institute for Allergy and Infectious Diseases the agency funding research efforts for a Zika vaccine stated that it was premature to lift the state of emergency due to the fact that in the Southern hemisphere summer was just beginning.

He added that the agency would continue their efforts to researching and finding a vaccine. The Centers for Disease Control and Prevention (CDC) expressed no opinion about the WHO decision but they did say it will not change their current plans to continue their urgent work[1].

In addition to the ongoing concerning the possible psychological reaction from the general public to a once global health emergency being reclassified there are concerns that governments and donors may pull back their support and more concerning funding efforts to fight the threat.