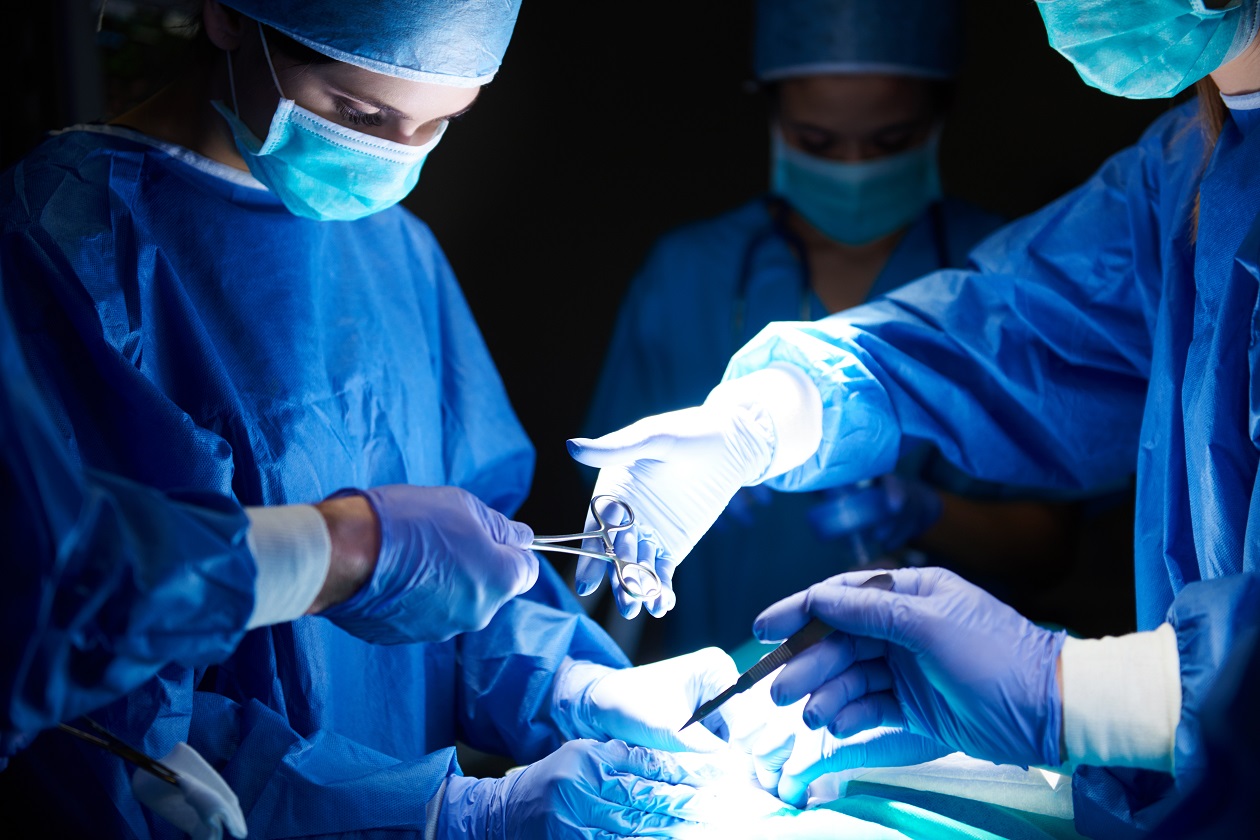 Recently, Pakistani police raided an apartment in Islamabad and released 24 men and women who had beenheld up against their will. Brought there through threats and deceit, these people were scheduled to go to a clinic where one kidney would be removed from each of them for commercial transplant purposes. This phenomenon has been growing gradually, permeating different countries and transforming into what has become the shadow world of medicine.

According to the World Health Organization (WHO), about 100,800 solid organ transplants are done every year, most of which are liver and kidney transplants. About 30% of these transplant procedures are performed in the United States, making the country a major destination for helping people in need of organ donation.

However, the country has a system in which organs are allocated in a fair way; based on the severity and nature of illness of the prospective recipient, the chances of survival of the patient without a timely transplant, and the availability of the organs. This means some patients may have to wait for a long time, sometimes as long as 7 years, to have a transplant.

Even in countries with efficient organ donation systems, the available organs are either inadequate to meet the growing demands for it or its donation are hampered by serious legal and sociocultural problems.

These various impediments open the door to transplant tourism, seeing patients from the US and other developed countries travel to countries – mostly China, India, Philippines, and Pakistan – where they can have the procedure done faster and at affordable rates. However, there is a dark side to this.

The Burden of International Organ Trade

Illegal organ trafficking has penetrated transplant medicine for more than a decade now, with several individuals and groups illegally harvesting organs from living donors and facilitating such activities. A case in point is China: A 2019 study published in the British Medical Journal (BMJ) in January called for the retraction of more than 400 research papers covering more than 85,000 organ transplants performed in China over concerns that the organs may not have been voluntarily donated but harvested forcefully and unethically from Chinese Prisoners.

The study, which was conducted by Australian researchers led by Wendy Rodgers, Ph.D, a professor of clinical ethics at Macquarie University in Australia, found that 90 percent of these studies did not report how the organs were sourced.

While the Chinese authorities maintained that organs for transplant have been provided by voluntary donors or from executed convicts on death rows, there is fresh evidence to the contrary. A detailed 2016 report by International Coalition to End Transplant Abuse in China, a transplant ethics group, found some inconsistencies between the number of organ transplants the Chinese government reported were performed in the country and the actual number – more than 70,000 organs were unaccounted for.

Investigations show that many of these organs were forcefully harvested from prisoners of conscience, such as those who practiced Falun Dafa, a religious practice that has been banned in the country. In addition, several of those Chinese organ transplants were performed before 2010, when China did not have an organized organ donation system. So this begs the question of how and from where the organs were obtained.

Today, there are several agencies and facilitators abetting illegal purchase and sale of organs for transplant. Some of these facilitators are even healthcare providers. In Taiwan, China, of 118 patients who underwent organ transplants with illegally harvested organs, 69 reported that the procedures were facilitated by doctors. There have also been several allegations of embassy personnel of some Middle Eastern countries facilitating illegal kidney trade in the Philippines.

In some instances, live donors are flown from their home countries to the recipient’s country and in others, both recipients and donors are transferred to another country to have the transplant surgery done. And the majority of the recipients are foreigners from developing countries.

More than 100 illegal kidney transplant surgeries were performed in South Africa between 2001 and 2002, with most of the recipients traveling from Israel and donors coming from Brazil and parts of eastern Europe. Police investigations of these transplants revealed that there was an international organ trafficking syndicate involved in facilitating most of the transplants. The case is even more concerning in the Islamic Republic of Iran, where paid kidney donation is legal but restricted to foreigners.

According to Peter Chin-Hong, MD, professor of medicine and director of the University of California’s transplant infectious disease program, poverty is what fuels this illegal organ trade. In agreement with this, Voluntary Health Association reports that about 2000 Indians sell a kidney every year, with donors paid about $6,000 to harvest their kidneys.

Although reports estimate that transplant tourism comprises only 10% of all transplants performed worldwide, Chin-Hong believes this figure might just be an underestimate, as several of these illegal activities are underground and underreported.

This illegal commercialization of organs comes with one of many problems – an increased risk of diseases and deaths from the transplanted organs. Unlike what is obtainable in the United States, most of the harvested organs do not pass through the standard screening procedures before transplant is performed and, in other cases, the procedure is performed in terribly nonsterile conditions.

This exposes the recipient to several, often fatal, infectious diseases including tuberculosis, HIV/AIDS, hepatitis, cytomegalovirus (CMV) infection, and other blood-borne infections. Some studies have shown that the risk of these diseases in commercial transplantation could be as high as 7.1% for hepatitis B, 4.1% for HIV, and 30% for CMV, much higher than in traditional transplantation. However, these risks may just be underestimated, as most organ recipients do not report their transplant tourism.

Even worse are the potential risks to these organ donors. Less empirical research has been done for the paid or coerced donors from whom these organs are harvested. Some of the harvesting procedures may be performed under aseptic conditions, increasing the risk of severe surgical infections and complications. In addition to this, coerced donors run the risk of developing severe psychological problems and disabilities.

The international organ trade thrives on the growing demand for organ transplantation, as well as the lack of and discrepancies in regulations and policies guiding organ transplant between countries. This global inequity has to be addressed with appropriate policies and ethical guidelines that respect and protect human dignity.

Countries must also address the problem of organ shortage by exploiting ethically acceptable sources of donor organs and developing appropriate organ donation programs across the world. The Transplantation Society also urges that ethical organizations must review studies and journals that report data on organ transplants, rejecting those that do not adhere to ethical practices on organ transplant.

Furthermore, health practitioners should continue to educate patients and citizens about the dangers of transplant tourism and emphasize the need for standard practices regarding screening and procedural settings for an organ transplant.

In what has been aptly described by Chin-Hong as “the shadow world of medicine,” transplant tourism poses great health and ethical burden, with attendant risks of severe infectious diseases and the dehumanizing nature of the act. The need, therefore, arises for healthcare providers, health organizations, and governments to take this seriously, establishing policies to avert transplant tourism and creating programs to address organ shortage.