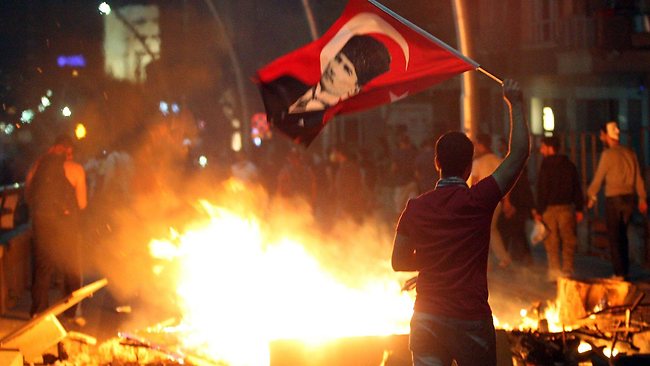 Visiting foreign travelers recovering from treatment or procedures would be hard-pressed this week to look past the tumultuous streets of Turkey, where clouds of police tear gas hovered above Gezi Park in Istanbul as protesters cleaned up debris, fortified their encampment, dressed their wounds and willed themselves to remain.

Although the Turkish government has vowed to end protests it says were co-opted by extremists, the park is home to hundreds of young people at the heart of a bid to save the site from a controversial redevelopment scheme that has led to antigovernment demonstrations nationwide.
‍

Meanwhile, foreign tourists, about 270,000 of whom visit the sun-drenched Mediterranean shores each year for surgical procedures and treatments at local spas and health resorts, must be wondering if there was something in there destination guides that they overlooked.
‍

Medical tourism generates $1 billion in revenues, representing a small, but growing fraction of tourism receipts for the Turkish economy. Local businesses had been hoping to capitalize on the emerging medical tourism market and allow the industry to do what traditional travelers had not done for their pockets in the past.
‍

The government, now in an increasingly tough spot, sees medical tourism as means to boost travel revenues and narrow its account deficit by attracting foreign patients who seek a higher quality of healthcare and service without compromising on costs.
‍

Turkish officials believe the republic stands to gain $7 billion through medical tourism initiatives that lure visitors who want to combine a procedure, from brain and cardiovascular surgeries to organ transplants and stem cell implantation, with a short vacation.
‍

But, medical tourists who were willing to proceed with any plans for sightseeing and shopping would have to do so under an uneasy calm that reigned over the square, which was littered with burned-out vans and rubble. Prime Minister Recep Tayyip Erdogan hinted the protests would end soon.
‍

I have given the orders to the interior minister, he said to members of a shopkeepers union, eager to embrace some of the 37 million tourists who visit the sixth most popular travel destination in the world. Instead, the business owners watched for riot police, who moved into Taksim earlier in the week wielding tear gas and water cannons, but did not enter the crowded park.
‍

Taksim Solidarity, a loose coalition of groups represented in the park, said overnight tear-gassing had ended any possible dialogue with the Turkish government. Gezi is the epicenter of protests that have rocked Turkey during the past two weeks.
‍

The sit-in in the park grew into an occupation uniting dissidents of all stripes protesting Erdogan's increasingly heavy-handed rule. Protests spread to other cities and met with police intervention.